Despite the overwhelming scientific evidence in favor of evolution, some 40% of Americans reject the theory and adhere to young earth creationism. I have long believed that the most effective way to combat young earth creationism is within religion. Biologos, an organization promoting theistic evolution, is attempting just that—and with some success. Answers in Genesis has recently posted a series of blog posts combatting Biologos’ efforts—and making arguments that seem, as someone raised in an evangelical young earth creationists home, bizarre.

Earlier this year Biologos praised the publication of a new book: Adam and the Genome: Reading Scripture After Genetic Science, by Dennis Venema and Scot McKnight, a geneticist and a New Testament scholar. Together, the two scholars lay out the scientific evidence on the origins of man and examine the words of Paul and others, outlining and defending a theistic evolutionary perspective compatible with modern science. As Biologos explains:

Christians who take the Bible seriously want to interpret it correctly. We’re not looking to bend and shape it to our personal beliefs, but to have it shape us and our beliefs. As such, we should be open to considering whether we have inherited ways of interpreting Scripture that are more a product of previous cultures than they are the absolute and unchanging word of God. If science can help us see more clearly what God has communicated, then we should be grateful.

Unsurprisingly, Answers in Genesis has a serious problem with this, and has published a whole series of blog posts rebutting Venema and McKnight’s claims. Addressing one of Venema’s chapters on science and genetics, Answers in Genesis’ Nathaniel T. Jeanson writes that:

Let’s apply it again to his evidences, this time considering competing (i.e., YEC) explanations. For Venema’s arguments to support evolution as a scientific explanation, they would not only have to fail to reject the evolutionary explanation; they would also have to successfully reject the YEC view.

Jeanson does not object to Venema’s statement there are transitional fossils, and that the gaps in the fossil record are being (or have been) filled. Instead, he accepts these claims. He asserts simply that transitional fossils and the increased filling of gaps in the fossil record are not incompatible with young earth creationism. In other words, they can be true and evolution can still be false, and young earth creationism true. What’s strange is that this argument is very different from the one I grew up hearing.

Have a look at what Jeanson has to say about transitional forms:

Consider this quote from an article that I published over three years ago:

Evolutionists cite so-called “transitional forms” in the fossil record as premier evidence of descent with modification from a common starting point. . . . Evolutionists might . . . assert that we have “no good reason” to think that these creatures were designed.

Yet a trip to a military base—or even to the Wisconsin Dells for a “duck” tour—reveals the error of this reasoning. . . . Not only have intelligent military engineers designed both motorized land vehicles (e.g., tanks and troop carriers) and sea vehicles (e.g., aircraft carriers, destroyers, and submarines), they have also created amphibious assault vehicles. These vehicles are “transitional” in their design in that they blend the characteristics of fully functional land and sea vehicles. Hence, creatures that blend features of two fundamentally different categories of creatures are products of deliberate engineering.

In other words, Genesis 1 says that God created man in His own image. In light of this fact, we would be justified in looking to the products of human design to understand the principles that God might have employed in designing life. Since humans design “transitional forms,” why wouldn’t God do so as well?

Jeanson acknowledges the existence of “transitional forms”—which exhibit traits in common with both an ancestral group and a descendant group—but contends that these do not disprove young earth creationism. Why not? Because God could simply have created transitional forms the way they are in the same way humans have created amphibious assault vehicles, which are “transitional” between tanks and boats.

Okay but here’s the thing—growing up in an evangelical community in the 1990s and early 2000s, I was taught that there were no transitional forms.

Have a look at what Jeanson says about gaps in the fossil record:

This fact applies to Venema’s additional claim about fossil gaps being filled in. Since both YEC scientists and evolutionists predict the existence of “transitional forms,” it doesn’t matter how many fossil gaps are filled; none of these filled gaps will distinguish between creation and evolution. (Of course, if gaps never were filled in, evolutionists would have a lot of explaining to do … the existence of gaps would spell trouble for evolution; the lack of gaps would say nothing about either model.)

Jeanson is likely using the term in a scientific sense—that creationism as a theory suggests that you would find transitional forms, not that they anticipated them before they were discovered—but given that this is a brand new claim, and that for generations creationists have trumpeted the supposed lack of transitional forms as proof of creationism, I call bullshit.

Let’s be real here. I read a lot of creationist literature growing up. Over and over I was told that there were gaps in the fossil record, that there were no links between one form and another, only distinctly separate forms. The world looks like it was created, I was told. Each after their own kind, like in Genesis. A created world is one with wholly separate kinds, with no transitional forms, with “gaps” in the fossil record. Here, Jeanson acknowledges that these gaps have been or are being filled—but alleges that this is not evidence for evolution, and that it is in fact fully in line with creation.

And what about the order of the fossil record? Oh boy. Here we go:

Jeanson has either changed how he is using the term “prediction” or he is being highly disingenuous. He earlier stated that “both YEC scientists and evolutionists predict the existence of ‘transitional forms'” even though creationists claimed for generations that there were no transitional forms. I charitably assumed that he meant the existence of transitional forms was a prediction of the YEC model, not something they foreknew, and objected to that claim. Here, however, Jeanson claims that for a model to “predict” something there must be foreknowledge. Consistency, please?

What happened? Two things, I think.

First, the evidence for things like transitional forms has become more solid as time has gone on, making it impossible for creationists to go on denying their existence.

Second, creationists have increasingly desired to enter the scientific community rather than remaining solely in the church, which has required them to hew toward more accuracy in easily testable, settled areas of fact. And so creationists like Jeanson have switched from “these things are missing and that disproves evolution” to “these things are there like evolutionists said they were, but so what?” 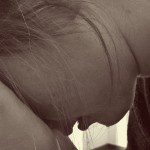 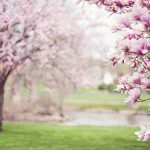 June 23, 2017 Voice in the Wind: An Interlude with Decimus and Phoebe
Recent Comments
0 | Leave a Comment
"If you make it a point to eat ten feet apart then I hope you ..."
Divizna The Weirdest Thanksgiving Recipe: Menu Open ..."
""Eh, between you and me, kid, I had a little too much of the wine. ..."
Trellia The Vision: Meet the Geeks
"exactly what about this one is special?Mike-Mike sorry, Malachi wrote it."
Madison Blane The Vision: Meet the Geeks
"Flora has been doing a great job with a "What really happened here" series - ..."
Madison Blane The Vision: Meet the Geeks
Browse Our Archives
get the latest from
Love, Joy, Feminism
Sign up for our newsletter
POPULAR AT PATHEOS Nonreligious
1