In a recent issue of No Greater Joy, fundamentalist pastor and ministry leader Michael Pearl responded to a letter from a reader that read as follows:

Recently, I have gone back to work full-time and my husband is at home with the kids and homeschooling them. My question is how can I still be a help meet in this situation? My husband is having health issues and thought it best for us to switch. He loves to cook and has been cooking. What are your thoughts on this situation?

Michael’s wife, Debi, is perhaps best known for her book for women, Created To Be His Help Meet. In it, Debi advises women to be submissive and obedient to their husbands, so you can imagine this isn’t going to go well. And you would be right.

It is never ideal for the woman to be the breadwinner and the man to be the home-keeper for the simple reason that the role reversal (a role dictated by our created natures) places each in a position contrary to their nature. A single woman may fit into the workplace as well as a man. A single man with children may function as the housekeeper, cook, homeschool teacher, etc., and do a fair job of it—all consistent with human nature. But the marriage relationship is unique.

I’m not sure that I buy this argument—if a single woman may fit into the workplace as well as a man and a single man may do a fair job as a housekeeper and child-minder, why couldn’t married women and married men do the same?

The man by nature is the savior, provider, and protector who braves the cruel world and carries the responsibility to protect and nourish his wife and family. It is in a man’s genes to take the command-and-control position. To become a dependent rather than the provider wreaks havoc on a man’s self-esteem. In our modern world, the one whose name is on the paycheck is the head of all finances, the one to be thanked and appreciated. That person is the fountain of the family, possessing the right of veto over all spending, and controlling the direction of the family where it involves finances.

The one who comes home tired from a day’s work is entitled to the recliner until dinner is served. It is the one who says, “Why aren’t my socks in the drawer?” and “This house is a mess; what have you been doing all day?” The breadwinner decides what kind of bread to eat and whether or not spending is foolish or necessary.

If your jaw is on the floor, you can pick it up now—at least, for the moment. Yes, Michael said that man is “the savior” of his family. Yes, Michael said men by nature take the “command-and-control” position. (This is strangely not the case at all in my marriage—my husband is a go with the flow kind of guy while I am a take-charge kind of person—it’s almost like human beings are individuals or something.)

Finally, yes, Michael really did just say that “the one whose name is on the paycheck is the head of all finances” and “the one to be thanked and appreciated” and “possessing the right of veto over all spending” and “controlling the direction of the family where it involves finances” and the one who “decides what kind of bread to eat and whether or not spending is foolish or necessary.” Um. Ouch. See last I looked, a partnership meant partnership.

The anecdotes and stories Michael and Debi have shared about their married life make it clear that Michael is controlling to the extreme. In that sense, I shouldn’t be surprised that he thinks it is his right to dictate the family finances. I do feel compelled to mention, however, that one partner controlling the other partner’s access to money is considered a sign of domestic abuse.

A bread-winning woman is not vulnerable and finds it difficult to come home and be a submissive, servant wife. To be forced to do so breeds resentment and a feeling of being used.

I’m really not sure what else to say here. Michael flat-out states that wives should be “vulnerable,” and that women working outside of the home is a problem because they are no longer content being submissive servants to their husbands. Those are his words. Keeping women from earning their own money outside of the home renders them vulnerable. Let that sit with you for a moment.

Michael goes on to say that sometimes theres no help for this role reversal:

But sometimes life throws unnatural curves and turns our world upside-down. We have to make do like a one-legged man. We get around and get along in the best way we can. When a man is disabled and cannot enter the labor force, the wife may be thrown into an unnatural role of breadwinner. Sometimes the children are forced to work to provide for the family. It is not natural but it is necessary. A dependent man will have to accept a different worldview and a different role. He will have to accept not being fulfilled in the normal manner. And the bread-winning wife will need to learn humility and to try to maintain a feminine demeanor at home, giving deference to the man, allowing him to be a handicapped king in his limited domain. The dependent man will also need to learn humility and to accept his dependency with thanksgiving and grace. Like any unnatural handicap, it will not be easy, but it is entirely manageable, and each can find fulfilment in their role reversals.

I feel like someone in disability studies could write an entire academic paper on this one paragraph. I mean, wow.

On the one hand, at least Michael acknowledges that there will be times, like in this particular reader’s case, when a woman may be forced to work while her husband stays at home. Growing up in an evangelical home influenced by the Pearls’ teachings, one way my parents justified sending me to college was that I might someday have to work if my future husband were to die or become disabled. On the other hand, if evangelicals and fundamentalists weren’t so stuck on forcing people into rigid gender roles, this wouldn’t be a conundrum to begin with.

Before I close, I want to return to what Michael said about finances. In mainstream evangelical teaching, the husband and wife each have an important (and “equal”) role to play—the husband is to provide for the family financially and the wife is to keep the home and nurture the children. By doing her part in the home, evangelicals hold that the wife is contributing to the family every bit as much as the husband is by bringing home a paycheck.

When I was a child, my evangelical father would correct my mom if she said that the money he earned was his money—it was their money, he would insist. He may have earned it, but what she was doing was every bit as important, and she had every bit as much right to it as he did. Of course, they both believed that my father was the head of the house and that he was the ultimate decision-maker, but they nevertheless approached finances together, as a team.

I’m divided as to whether Michael awards the man complete and total dominance over family finances because he’s more fundamentalist than evangelical, or because he’s a controlling shit in his own marriage and needs to justify it somehow. 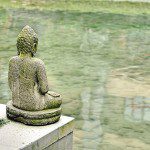 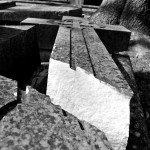