Today I’d like to look at a new LifeWay survey reported on in Christianity Today. (LifeWay is an evangelical research organization.) To start, I would like to note the survey’s seeming lack of definitions. See here, for instance: Presumably, this question is a reference to evangelicals who do not want to bake cakes for same-sex weddings. If so, however, the term “sexual freedom” seems out of place. Or is “sexual freedom” so widely defined here as to include same sex marriage, along with same-sex adoption, fertility treatments for lesbians, and possibly even trans medical services?

Sex is an important part of the human experience, and gay and lesbian (along with bisexual) identities have long been opposed as subversions of (presumably) traditional sexual mores. LifeWay’s use of this term, however, isn’t so simple. Evangelicals and others who oppose gay rights have frequently responded to portrayals of same-sex love and families by trying to make gay rights all about sex, sex, sex. In this context, an evangelical survey using “sexual freedom” as a stand-in for gay rights feels like more than just shorthand.

Then there’s this question: Here, respondents were asked to answer the question: “In general, what do you think motivates sincere religious believers who oppose sexual freedom?” 49% said faith, 20% said hate, and 31% said not sure. Here again the high number of “not sure” respondents suggests that the question itself was perhaps not ideal—and understandably so.

You cannot neatly divide “faith” and “hate” as motivating factors for religious opposition to gay rights. My parents had religious reasons for opposing gay rights, but I also grew up watching my mother literally shudder when homosexuality was mentioned. The overriding feeling was one of disgust. Were my parents motivated by faith or by hate? They were motivated by both, but the LifeWay survey forced respondents to choose one motivation or the other. That was bad survey design—but one must wonder whether it was intentional.

Why would those at LifeWay design the survey this way? The answer likely rests in evangelical efforts to explain religious opposition to gay rights as a matter of faith, and not at all of hate. They love LGBT individuals, they insist. It’s just that the Bible states that homosexual activity is a sin. Their opposition to gay rights, they say, is about faith, not hate. On some level, though, it doesn’t matter why religious believers oppose gay rights, because the result is the same. When a lesbian couple is told they cannot adopt, it does not matter whether the decision to deny their application was based on faith or hate. The pain they experience is the same.

As I close, I want to return to the question respondents were asked to answer: “In general, what do you think motivates sincere religious believers who oppose sexual freedom?” This question makes it clear that I was not wrong in understanding “sexual freedom” as a stand-in for “gay rights.”

On first glance, there is seemingly no good reason not to use the term gay rights. On second glance, though, there is a reason—boiling gay rights down to sex, as these questions do, ups the “yuck” factor in the pews.

Excuse me while I call bullshit on the “faith” versus “hate” distinction. 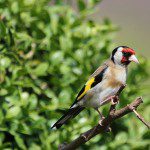 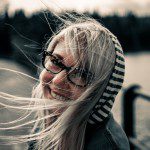 July 4, 2017 Evangelicals and the "Problem" of Transgender Names
Recent Comments
0 | Leave a Comment
Browse Our Archives
get the latest from
Nonreligious
Sign up for our newsletter
POPULAR AT PATHEOS Nonreligious
1