Is the Ark Encounter For-Profit or Non-Profit? It Depends on the Taxes.

As a teen, I listened to Ken Ham speak, read Answers magazine, and visited the Creation Museum. I was a huge fan of Answers in Genesis, a young earth creationist organization that shaped my understanding of both science and the Bible. At some point I came to the conclusion that young earth creationism was pseudoscience. That realization was painful, but it’s only one part of my disillusion.

Answers in Genesis claims to be Christian, but recent decisions make clear that its actions vis a vis its social responsibilities are anything but.

In addition to its Creation Museum in Petersburg, Kentucky, Answers in Genesis operates a second attraction in Williamstown, Kentucky: the Ark Encounter. When the organization began planning Ark Encounter in 2010, they chose to operate it as a for-profit company in order to obtain certain tax breaks.

The for-profit LLC structure also allows the Ark Encounter to be eligible for various economic development incentives that would not have been available with a non-profit structure.

Operating Ark Encounter as a for-profit allowed Answers in Genesis to access $18 million in tax rebates as part of an incentive program for tourist attractions. These incentives would be paid out over the next decade.

A state agency … has approved $18 million in tax breaks to a Grant County amusement park that will feature a “life-size” Noah’s Ark.

The tax break allows approved tourism sites to recover as much as 25 percent of their investment through a rebate of state sales taxes paid by visitors.

While some groups initially challenged the legality of these tax breaks given the Ark Encounter’s religious mission and discriminatory hiring practices, the courts ultimately came down on the side of Ark Encounter, arguing that the incentive was available to any for-profit tourist attraction regardless of purpose.

Kentucky has suspended tax breaks to the Ark Encounter, saying it breached a deal that provides the religious-themed attraction with $18 million in state tax incentives.

[S]tate officials learned July 10 that owners had transferred the park from Ark Encounter LLC, a for-profit company, to Crosswater Canyon, a nonprofit subsidiary of Answers in Genesis, a Christian creationist ministry that runs the Creation Museum in Petersburg. The cabinet suspended the tax breaks effective June 28, the date of the property transfer, the letter said.

The property was transferred for $10.

Why would the Ark Encounter be transferred from the for-profit Ark Encounter LLC to a nonprofit Answers in Genesis subsidiary? Let’s just say that the timing is curious. This spring the city of Williamstown, Kentucky, has created a new safety tax of fifty cents per ticket sold at any area tourist attraction. The justification for this tax is simple: when a city becomes a tourist location, there is a need for additional police, fire, and emergency personnel and systems.

The Ark Encounter has fought this tax out of the gate.

Williamstown officials are expecting a lawsuit from the Biblical amusement park Ark Encounter over a new safety tax created to raise money for emergency services, the Grant County News reported.

The Williamstown City Council went into executive session Monday to discuss pending litigation, the newspaper said. Answers in Genesis, the parent company that owns Ark Encounter and the Creation Museum, had requested an exemption from the tax. But on June 29, Williamstown city attorney Jeff Shipp wrote a letter to AIG rejecting the request, asserting that Ark Encounter is a for-profit entity.

Curious, that. The transfer of Ark Encounter’s ownership from a for-profit company to a nonprofit organization was dated June 28. While technically circumstantial, it seems incontrovertible that Ark Encounter was transferred to avoid paying Williamstown’s safety tax. And now—surprise—that move has put Ark Encounter in violation of the tourism rebates the organization qualified for from the state.

The Ark Encounter wanted to qualify for an incentive program for tourist attractions—but balked when asked to fulfill the obligations tourist attractions face. Perhaps the strangest part about this situation is that it is Jeff Shipp, the Williamstown city attorney—and not the Christian ministry—who comes off sounding Christian:

“None of us can pick or choose the obligations we wish to obey that benefit us or deny those obligations that may impose a small burden to benefit the greater good. In the end, it is the price we pay to live and enjoy a civilized and moral society,” Shipp wrote.

I’m far more frustrated with the Ark Encounter’s attempt to get out of Williamstown’s safety tax than I am with the initial state tax rebates. Yes, the Ark Encounter was taking money out of the state budget and using it for religious purposes, but at least it was in some way meeting the goals of the incentive program—they were, after all, building a tourist attraction (albeit a religious one). But objecting to a safety tax, when Williamstown has had to hire new emergency personnel and expand various programs directly because of the Ark Encounter? What even is that?

It’s almost as though organizations like Ark Encounter are trying to look bad to already jaded Millennials like myself. 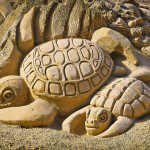 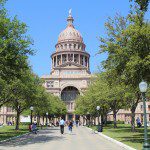