Why Defending “Spanking” Is Dangerous

One reason I oppose the corporal punishment of children entirely is that the term is undefined. People mean vastly different things when they use the word “spank.” I’ve had people defend spanking only to be horrified when they read excerpts from Michael and Debi Pearl’s To Train Up A Child. I’ve had people defend spanking on the grounds that it’s meant to surprise, not hurt—a concept that seems bizarre to me, given my own childhood experience, where the point was to create pain.

The truth is that there is no one agreed-upon definition for spanking. Everyone means something slightly different, and that lack of clarity is dangerous.

What spanking looks like can differ dramatically from family to family. My husband grew up being spanked, but that in his case that meant experiencing corporal punishment a few times a year when he’d done something especially bad. I’ve known others who grew up similarly and were blasé about spanking, only to be horrified when I related my own experience of daily spankings, often for small in fractions, and a paddle that was kept visible and sometimes carried around in a back pocket.

When someone publicly defends spanking, they are not defending only what they have in mind but also what others have in mind when they use the term. Interestingly, while the dictionary definition of spank is virtually indistinguishable from the dictionary definition of smack, slap, or hit, most parents who spank will insist that they don’t hit their children, that spanking is different. The term “spanking” has a whitewashing effect that can convince even parents who beat their children that they are not, in fact, beating their children.

While taking some of my daughter’s friends to an event recently, I overheard two of them talking casually about getting a “whooping.” The terminology used for corporal punishment is cultural, and these children were African American. But once again, the term obscures—just as not all spankings are the same, so too not all whoopings are the same. The lack of clarity in these terms gives parents a large range of latitude—and makes it harder for children to tell whether what is happening to them is normal.

Consider a child who is beaten regularly, but their parents use the term “spank” to describe the punishment. When that child hears other children say that they are spanked too, or hears an adult say that spanking is legal, what are they to think? A guest writer for Homeschoolers Anonymous notes this when telling her story:

I was told that all kids got spanked. I didn’t understand that ‘spank’ meant a bit of a beating for most people and not an extreme beating followed by rape.

Consider a scenario where one parent defends spanking to an audience of fellow parents (perhaps around the barbecue pit, or perhaps on social media). Because each parent has a different idea of what spanking entails in mind, each one hears something different when they hear that parent’s defense.

One parent assumes that in defending “spanking” the first parent is defending giving a child several swats with an open hand for deliberate disobedience.

Another parent assumes the first parent is talking about giving a toddler a quick swat when they won’t stop screaming in a grocery store.

Still another assumes the first parent means to defend carrying a paddle around and meting out punishment for every little infraction—or worse.

Do you see what I mean when I say the term obscures?

I’ve often heard advocates of corporal punishment say that beating a child is wrong, but spanking is good and productive. When one parent’s beating is another parent’s spanking, this is unhelpful. Until we find a way to better define the term—and more universally define it—any defense of “spanking” has the potential to create serious collateral damage.

You may know what you mean when you say “spank.” But does everyone else? 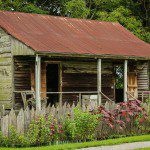 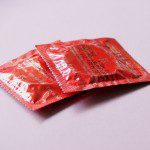