Voices in Your Head: Evangelicals and the Voice of God

This question recently popped up on the No Greater Joy website:

I am 14 years old, and I have a question concerning hearing the voice of God. I think that God has told me a young man in our church is going to be my husband one day. It even seems as if He has confirmed this through several events. Is this a sign, or is it a weird thing that just lines up strangely perfect? How do I know if God is speaking to me?

This letter brings back memories. When I was a freshman in college, I had an evangelical Christian roommate who informed me that God had told her who she was going to marry. It was a young man she had known tangentially in high school who had never expressed any romantic interest in her. Being an evangelical Christian myself, I completely believed her. I never once doubted her. I envied her, actually—to know who she was going to marry!

Looking back, I can see how easy it is for someone who believes in the supernatural to convince themselves that they can know the future, or something else unknowable. This is particularly true for those whose religious system involves a personal relationship with a deity. I spoke to God every day, and sometimes I convinced myself that he spoke back. God spoke to spoke to his followers in the Bible, why could he not speak to us today?

Debi doesn’t actually answer this young teen’s question. The girl wants to know how she can know if God is speaking to her, after all. Debi demurs, giving the letter a noncommittal answer without actually addressing the letter-writer’s specific question:

If I were Greta, I would be disappointed by this response. It is the safe answer, to be sure—Debi doesn’t commit one way or the other, and points the girl toward being a prayer warrior, a safe preoccupation for a young evangelical teen. But that wasn’t what Greta wanted. She wanted to know how she could know if God was speaking to her.

A quick google search suggests that there are many Christians grappling with Greta’s question. “How can I know if I am hearing God, hearing Satan, or hearing my own thoughts?” one asks.

The author of a Charisma article titled “How To Know It’s Really God Speaking To You” addresses the concerns some readers may have with:

I don’t know about you, but I’ve met many Christians who claim God told them to do something, but the end result of their decision turns out really badly! That tends to make us all nervous because we think, How then do we know when it’s God’s voice that’s leading us?

The way to be sure you’re hearing the voice of the Holy Spirit, God’s voice, is to spend time learning it. How did you get to where you could recognize the voice of your parent, your sweetheart or your children? You spent time with them. If you were never around them, you wouldn’t recognize their voices. Well, it’s the same with recognizing God’s voice. You get familiar with His voice by spending time with Him, and you do that by reading and meditating on His Word because that is Him talking with you.

But what if you’re already spending time in God’s Word, and in prayer, and in scripture memory, and still you’re not sure whether what you hear is God’s voice? Remember, we’re not usually talking about an audible voice (though I was taught that could happen).

I grew up in a world where I watched decisions being made based on what people believed God wanted them to do. I’m not talking about straightforward issues like ‘should I tell a lie,’ or ‘should I commit adultery.’ No, I’m talking about questions like ‘should I run for public office.’ In most of these cases God functioned as a sort of gut backup for a decision someone would have made anyway, but not always.

I feel for Greta. While I never believed God had told me who to marry, I remember putting myself through similar exercises, trying desperately to discern whether what I thought I heard was God or just my own voice. Sometimes I would twist myself into a pretzel and start questioning even my own voice. Sticking to Bible reading was a safer way to ascertain God’s will, but even there I was often found it difficult to tell what was me or what I wanted to hear, and what was God.

There’s another problem, too. In 2003, Deanna Laney killed two of her sons, Joshua, 8, and Luke, 6, by bashing their heads in with rocks. According to CNN:

“You will hear that she was a sick person on a quest to be closer to her Lord,” Files said. “The only explanation which any of the witnesses can offer for her conduct … is that Deanna Laney was legally insane.”

Files said Laney believed that God had told her the world was going to end and “she had to get her house in order,” which included killing her children.

“The dilemma she faced is a terrible one for a mother,” Files said. “Does she follow what she believes to be God’s will, or does she turn her back on God?”

Files said he would present witnesses who would corroborate Laney’s love of her children as well as her belief “that the word of God was infallible.”

“It destroyed her ability to discern the wrongness of her act,” he said.

This comparison may seem unfair—after all, Laney was mentally ill. You’ll understand why I bring this story up in a moment.

When I was in college, the same roommate who believed God had told her who she was going to marry also told me, some time later, that she could hear the voice of Satan tempting her in her head. I believed her, and I wasn’t the only one. Our entire evangelical friend network believed her. None of us considered that she might have been mentally ill. None of us tried to get her help. It was only when her downward spiral became so pronounced that we became genuinely worried about her health that we reached out to staff in our residence hall for help. Her parents took her to a psychologist, and, sure enough, she received a diagnosis and medication.

I am not disputing that Laney was mentally ill. I worry, rather, that a belief that God can and does speak directly to his followers can serve to mask and hide symptoms of mental illness, because these symptoms appear, instead, normal. Ordinarily, if someone is hearing voices in their head, their friends encourage them to see someone and get help. People aren’t supposed to hear voices in their head. But when I met someone who was hearing voices in her head, as a young evangelical adult, I thought it was normal because that was the template my religion had provided me. So I did nothing, and it got worse.

Did something similar happen in Laney’s case? Some time before she killed her sons she told the congregation at the Assembly of God church she attended that God had revealed to her that the world was ending and that she needed to get her house in order. How did her church respond? The Assemblies of God is a Pentecostal denomination that believes in prophesy. I’ve been to charismatic services where individuals stand and make prophesies, and everyone believes them and affirms them. Did Laney’s congregation respond the same way?

Perhaps even more than other Christian denominations, Assemblies of God churches emphasize the belief that individuals can hear directly from God. Indeed, when Karl Harris, the pastor of another Assemblies of God church, was interviewed in an article about the Laney case, he doubled down on his belief that God speaks directly to his followers, and that they can know his voice:

“In a way, [cases like these] can [give Christianity a bad name]. But the Bible also says (quoting Jesus Christ), ‘My sheep will hear my voice… and a stranger they will not hear… they will not listen to the voice of a stranger.’ And that tells us we can really know the voice of God,” Harris said.

How would attending a congregation like this—her life was said to center on her church—affect a woman like Deanna Laney? Greta may not have gotten the answer she wanted from Debi Pearl, but the rest of us certainly have a lot to think about. 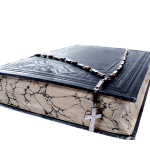 October 9, 2017
Evangelicals Think They Have a PR Problem. Their Actual Problem Is Far Deeper
Next Post 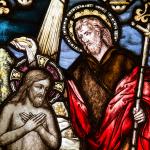