In recent years an increasing number of critics—including many with upbringings like my own—have argued that evangelicals’ emphasis on women covering up, rather than on men learning to responsibly govern their sexuality, promotes a culture of victim blaming. Evangelical purity culture places the burden of restraining men’s sexual impulses, the argument goes, not on men but on the women around them.

Evangelicals have not listened to this line of reasoning with equanimity. Several years ago when GRACE was conducting its review of Bob Jones University’s response to sexual abuse and assault, Bob Jones’ Jim Berg, who spent thirty years as dean of students (read more here), pushed back against just the allegation that the university’s modesty teachings shifted the burden of protecting men from their own sexuality to the women around them:

Dr. Berg reported, “No one ever dealt with modesty here without putting the blame for lust in the heart of the one lusting.” Reference 38. In addition, the Dean of Men stated, “What I am constantly focused on is bringing guys back to, this is your responsibility.” When asked if he had heard messages or lectures for women, emphasizing that women have a special responsibility to protect their Christian brothers from their lust, he stated, “Sure there would be plenty of scriptural evidence that we would draw from and say that ladies, you should protect your brothers in Christ, just like men, your primary obligation in life is to protect a woman. This kind of thing is going to come out in a chapel message or a ladies meeting or a men’s meeting where we talk about different things.”

I am struck by the equivalence being made here.

When evangelicals talk about the importance of men protecting women, they tend to mean protecting women from peril or eminent danger. This is why Vision Forum, a now disgraced organization that sold product and ideas to conservative homeschoolers, had a love affair with the Titanic disaster—for Doug Phillips, the organization’s leader, the “women and children first” policy practiced during the loading of the Titanic’s lifeboats was the perfect example of men protecting women and children (even as Phillips’ take on what happened there was itself ahistorical).

This, of course, is balderdash. Heroes come in every gender. But for evangelicals, it offers a handy comeback to any concern about the role laid out for women—if men are expected to literally lay down their lives to protect women, is it really so unreasonable to expect women to wear clothing that covers more of their skin—or wives to submit to and obey their husbands? Men, after all, are willing to put their literal lives on the line to protect women.

For someone like Berg, the concerns being raised about evangelical modesty teachings must seem baffling. If men are expected to lay down their lives to protect women, is it really so much to expect women to wear a certain dress code? But to those outside of this culture something else entirely feels baffling.

We don’t live in an era—or a place—where violence and danger is commonplace or everyday. My parents have been married for over thirty years and my father has never once had to risk his life to protect or save my mother’s. This, I imagine, is typical. Berg, then, expects women to make their clothing selections with men’s sexual purity in mind, in exchange for having their lives protected by men in case of danger that for most women will never come.

This is not balance. It trades a present reality for a shadow of possibility.

Besides all of that, if my husband and I were in a situation of danger, I would hope that we would work together to respond to the threat. This man-is-de-facto-the-protector mentality can lead to less than ideal outcomes when it gets in the way—as it naturally will in some cases—of more level-headed decision making in dangerous or survival situations. I don’t want a man who will throw himself into danger to protect me. I want a man who has my back while I have him—a man who can depend on me as I depend on him.

But to Berg’s mind, invoking men’s role as protector is all that is necessary to wave away questions about the dress code his tradition places on women—and the mentality that comes with it. 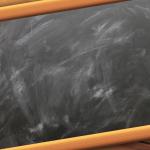 December 27, 2017
TTUAC: Michael on Homeschooling (It's Not Pretty)
Next Post 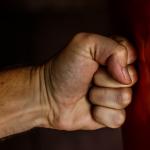