I was recently struck by a Christianity Today headline: “Get Ready, Youth Group Leaders: Teens Twice as Likely to Identify as Atheist or LGBT.” The article began as follows:

Imagine Generation Z—the 70 million kids born between 1999 and 2015—and you probably picture them staring at their devices. A bunch of app-savvy, tech-addicted teens who never knew a time before smartphones.

Half of Protestant youth pastors consider technology and social media the defining factor of this latest generation, but a new study released today by Barna Group sheds new light on striking social and demographic trends: Teenagers in Gen Z are at least twice as likely as American adults to identify as LGBT or as atheist.

These are important markers of identity among the youngest segment of America, and pose new ministry challenges for the church.

It was the inclusion of those two specific identifiers that brought me up short. In an important way, these two things are very different. Atheist teens are indeed a problem for youth group leaders, as one cannot be both atheist and Christian. There’s a fundamental lack of compatibility there—you can’t be atheist and Christian. Lumping the two—LGBT and atheist teens—together suggests a similar incompatibility.

You cannot be LGBT and Christian, the logic goes.

This was certainly the case in the conservative evangelical church in which I was raised in the 1990s and early 2000s; adults shuddered or turned away in disgust when “homosexuality” even came up in conversation.

Today, LGBT Christians are becoming increasingly visible—I have a friend who pastors a church along with her wife, and other friends whose church is opening their married couples groups to LGBT couples as well. Despite this increased visibility, many conservative evangelicals lump LGBT Christians in with “liberal” or “mainline” Christians, whom they do not consider true believers. It’s a convenient catch-all way to discount and ignore any Christians who disagree with their conservative and often dogmatic interpretations of the faith.

But here, I think, is the reason the Christianity Today headline struck me: Being an atheist is different from being LGBT in a fundamental way that ought to put the two in completely different categories.

If today’s youth pastors go on putting being LGBT in the same category as being atheist—or in other words, holding that being LGBT de facto disqualifies one from being Christian—they may have trouble reaching not only LGBT youth but other youth as well. Have a look at this line from the same Christianity Today article:

Pastor James Emery White writes in the 2017 book Meet Generation Z, “Members of Generation Z hold few things dearer than acceptance and inclusivity. They view many moral stances, such as opposing gay marriage, as social stances in line with racism. To them, acceptance means affirmation.”

Well, yes. That is indeed an issue.

I’m intensely curious where this issue will end up in ten or twenty years. For the most part, mainline, liberal, and moderate Christians have moved in the direction of accepting LGBT relationships and identities, even using these cultural touchstones to create new theologies that emphasize individuals’ humanity, God’s love, or the liberatory potential of Christianity. Conservative evangelicals have demurred, refusing to soften a position that leads them to treat LGBT identities and Christianity as incompatible.

One thing is for sure—today’s teens are on the front lines of a cultural shift conservative evangelicals are still scrambling to address. And from the look at the equivalencies drawn in this Christianity Today article, evangelicals aren’t on their way to finding a solution. 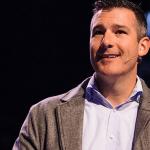 January 29, 2018
World Magazine on Andy Savage: "Each Christian must acknowledge, 'I am the abused and the abuser.'"
Next Post 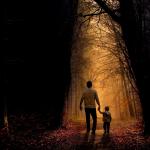 January 31, 2018 TTUAC: Manipulate Your Children's Affections
Recent Comments
0 | Leave a Comment
Browse Our Archives
get the latest from
Love, Joy, Feminism
Sign up for our newsletter
POPULAR AT PATHEOS Nonreligious
1

Nonreligious
Eric Metaxas: Jesus Was White, Did HE Have...
Love, Joy, Feminism
TRENDING AT PATHEOS Nonreligious