Evangelical theologian John Piper has on his blog a “statement on divorce and remarriage” crafted by the deacons at Bethlehem Baptist Church in Minneapolis, Minnesota, where he spent 33 years as a senior pastor. While the statement was crafted by the deacons, one can assume that Piper, as senior pastor, had some influence on the process, and approved of the result. The statement, finalized in 1989, serves as the “official statement of the ruling Council of the church” and remains in place at Bethlehem Baptist today.

In wake of my recent post on how evangelical pastors handle domestic violence, I thought I would take some time to go over Bethlehem’s policy. The policy admits that there is some disagreement even among the various deacons and pastors at the church, but tries to hammer out a workable position nonetheless. It begins to address divorce and remarriage here:

3. Divorce may be permitted when a spouse deserts the relationship, commits adultery, or is dangerously abusive (1 Cor. 7:15; Matthew 19:9; 1 Cor. 7:11). We are not here dealing with remarriage (see #4 and #5). We simply acknowledge that there are times when the Bible permits separation.

It’s worth noting, first, that divorce and remarriage are treated as two separate issues. Just because one may obtain a divorce does not mean one may remarry. The language is also worth nothing—divorce “may be permitted” when a spouse is “dangerously abusive.” One wonders—what constitutes “dangerous” abuse, and in what ways is it different from (presumably) “non-dangerous” abuse? Is the pastor expected to do a risk assessment to determine the level of danger present?

The above statement allowing for divorce, furthermore, is followed by caveat after caveat. Have a look:

Some of us want to stress that “divorce” in this statement should not imply a decisive and permanent end to the relationship while the spouses are alive and not remarried. Even after long periods of separation and alienation reconciliation can happen, as when the people of God return to the Lord after periods of waywardness (Hosea 2:14-23). Others of us want to stress that decisive divorce in certain cases is permitted, and that this leaves the deserted, or abused spouse free to remarry (see #5).

We all want to emphasize that the phrase “may be permitted” holds out the possibility that inquiry may reveal that the deserted partner engaged in a wrong behavior that drove the other away, so that a change is called for at home rather than divorce.

In addition we all want to stress that forgiveness and reconciliation between sinning spouses is preferable to separation or divorce even where adultery has occurred. This is implied in Matthew 18:21-22, “Then Peter came and said to Jesus, ‘Lord, how often shall my brother sin against me, and I forgive him?” Jesus said to him, ‘I do not say to you seven times, but seventy times seven.'” (See Luke 17:3-4)

The focus is on reconciliation. Consider what this means for victims of abuse. Provided their spouse wants to stay married to them, they are expected to work to reconcile with them—and if they don’t, they become the problem. So yes, if your spouse is “dangerously” abusive, it is permissible for you to obtain a divorce—but you need to do everything in your power to reconcile first.

A church’s policy should not deal with adultery, abandonment, and abuse simultaneously in this manner. These are very different things. Adultery can be horrifically painful to go through, but it is not the same thing as domestic violence or abuse. Abandonment likely simply means a partner leaving, likely suing for divorce himself/herself. Abuse is substantively different from either of these. And yet, they are dealt with together. Nowhere does Piper say “in the case of abuse, reconciliation should not always be pursued.”

Let’s move on to the next question:

4. The remarriage of the aggrieving, divorced spouse may be viewed as severing the former marriage so that the unmarried spouse whose behavior did not biblically justify being divorced, may be free to remarry a believer (Matthew 19:9), if he or she has confessed all known sin in the divorce, and has made significant progress in overcoming any destructive behaviors and attitudes.

In other words, if an individual divorces due to experiencing domestic violence at the hands of their spouse (or adultery or abandonment), and their spouse subsequently remarries, the individual may then remarry.

Interestingly, the statement treats this as the liberal position.

Recognizing the honest and devout differences of conviction in the church, those of us with more limiting standards for remarriage consent at this point not to make them normative for the whole body. Others of us, who regard this fourth statement as fully Biblical, respect those among us with a more limiting interpretation and do not require or expect them to act in any way against their consciences in attending, supporting or performing enactments of marriage they regard as contrary to Scripture.

All of us urge every member who contemplates remarriage to struggle in prayer and study with all the relevant Scriptures, with the sole aim of glorifying God through full obedience to his word. Consider fairly the arguments against remarriage and those for it.

Moreover we want to affirm the goodness and beauty of a life of singleness in God’s service both before marriage and after marriage. It is commended in 1 Corinthians 7:7,11,32-35, and elevated by the examples of Jesus and Paul and hundreds of great single saints.

In other words, Bethlehem’s policy accepts that some elders and pastors do not believe remarriage is justifiable when one’s ex-spouse remarries after a divorce obtained for biblically legitimate reasons. The policy does not argue that they are wrong. It accepts that there is legitimate difference of opinion on this that should be respected.

And here we come to the policy’s final point on remarriage:

5. After serious efforts have been made toward reconciliation the aggrieved partners referred to in guideline #3 may, together with the leadership of the church, come to regard their marriages as irreparably broken. In such cases remarriage may be a legitimate step, if taken with serious reckoning that this cuts off all possibility of a reconciliation that God may yet be willing to produce.

After serious efforts have been made toward reconciliation…

I am no expert on abuse or domestic violence, but even I know that in many many many cases the abuser wants their victim to stay. Indeed, abuser’s tactics are often calculated toward preventing the abused partner from leaving. So, imagine a case where a woman leaves her abusive husband, but her husband tells the pastor that he wants to reconcile. As long as he wants to reconcile, the woman is bound by this theology to try to make a go of it—and if she is continually the one leaving, it raises the question of who is the problem.

And even here—on the question of remarriage after making every effort to reconcile—we get hemming and hawing:

This guideline is for some of us the hardest concession to make. Remarriage after a divorced spouse marries again (see #4) at least has in its favor that the possibility of reconciliation was decisively cut off before. But while the spouse is still unmarried and alive reconciliation is still Biblically possible. This makes it very hard for some of us to condone a step that decisively cuts asunder what God meant to be permanent and which could yet be permanent (1 Corinthians 7:10-11).

Others of us believe that 1 Corinthians 7:15 (“If the unbelieving partner desires to separate, let it be so, in such a case the brother or sister is not bound.”) gives freedom to a Christian to remarry if abandoned. We also believe that denying remarriage puts an unwarranted strain on the chastity of the divorced person who may not believe he or she has the gift of celibacy (1 Corinthians 7:7).

But what about when an offending partner doesn’t desire to separate? Talking about adultery, abandonment, and abuse together in this manner creates serious, serious problems. The policy states that an individual may be free to remarry “if abandoned”—but an abusive partner is unlikely to abandon his victim (whom he prefers to keep under his power).

One more line remains in this section:

But we all agree that serious efforts should be made at reconciliation, including the intervention of the church if necessary, before any aggrieved spouse is resigned to singleness or is free to remarry.

And there it is again. Reconciliation.

Three years ago, the new senior pastor at Bethlehem Baptist Church preached a sermon in which he pinky promised that Bethlehem Baptist was going to get serious about domestic violence and abuse. The church, however, did not rewrite or remove the policy addressed above. Instead, they simply stated that they were bringing in biblical counselors to train the staff on recognizing domestic violence, and stand on the side of the abused. A year ago, a parishioner at Bethlehem Baptist spoke out about the mud the church had dragged her through in her efforts to leave her emotionally abusive husband of two decades. Nothing at all had changed, she said.

Put simply, this is what happens when you value reconciliation above all else, when you act as though the very act of trying to leave is a problem tantamount to guilt. God forbid a woman leave an abusive husband and have no desire to work with the church to reconcile with him. Until evangelical churches like Bethlehem Baptist can rethinking their priorities and start valuing people over marriage, this cycle will repeat, and the hemming and hawing over whether an abuse victim can divorce, or (God forbid) remarry will continue. 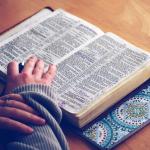 February 28, 2018
How Far Have Evangelical Pastors Come on Domestic Violence?
Next Post 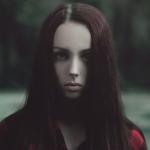