Controversial Idaho pastor Doug Wilson, who himself has a checkered past dealing with sex abusers in his church, has written a blog post about Rachael Denhollander, convicted gymnastics doctor Larry Nassar’s first accuser (Nassar was convicted of sexual abusing hundreds of gymnasts). Wilson’s post goes in directions I would not have suspected—namely, most of Wilson’s post is actually a screed against Boz Tchividjian, a grandson of Billy Graham and Liberty University professor who runs a sex abuse investigation and prevention resource ministry, Godly Response to Abuse in a Christian Environment (GRACE).

When it comes to dealing with the carnage left by out-of-control lusts, our culture is having a hard time of it. I am speaking specifically of sexual abuse and its aftermath.

Wilson has no idea how sexual abuse actually works.

Many churches heal the wound lightly, saying that it is a “spiritual” matter, something to be taken care of “internally.” Victims are often told glibly to “forgive,” as though an “all-better” forgiveness for sexual assault came in a cardboard box, like Band-Aids do. At the same time, other Christians naively assume that the “civil authorities” have their act together on this, which they frequently do not.

It is absolutely true that civil authorities don’t always have their act together—many rapists and sexual abusers are never convicted, whether due to lack of evidence or due to, well, other things. A judge described Natalie Greenfield’s rape, at age 14, by a man ten years her senior as a “homeschool teenage love affair” and sentenced her abuser to only four months in prison.

But this isn’t what Wilson is talking about, is it? We know that’s not what Wilson is talking about because he wrote a letter to the judge claiming (falsely) that Natalie’s father had permitted the two to be in a courting relationship (he had not) and had invited Wight to move in with the family (Yes, Wight was living with Natalie’s family when the abuse occurred, but that’s on Wilson. Wilson runs a college and a seminary, and does not provide dormitories for either; instead, he encourages families in his churches to put up his students as boarders).

In his letter to the judge in the case, Wilson wrote that Wight was guilty for his crime “no matter what circumstances actually set up the temptation”—here again we get the idea that sexual abuse is the result of “out-of-control lusts”—but that “I do not believe that this situation in any way paints Jamin as a sexual predator.” Not a predator, just that out-of-control lusts thing—he had moved in with his 14-year-old girlfriend (in Wilson’s false portrayal of the situation), how was he supposed to help himself? It’s understandable, really.

Let’s see what happened to Wight after the judge sentenced him to only four months in prison, due in part to Wilson’s portrayal of the situation:

Mr. Wight spent four months in the North Idaho Correctional Institution in Cottonwood and was on probation for just under three years before requesting and receiving an early release. He was subsequently convicted of perjury for lying under oath at his probation release hearing by claiming that he had never violated the terms of his probation despite the fact that he began regularly breaking the alcohol prohibition term since shortly after his release from prison. Concurrent with the perjury case, Mr. Wight was also in court for and convicted of battering his wife, who subsequently divorced him. (Full battery and perjury a davits in reference section; together they paint quite the picture of a man with utter disregard for both everyone around him and for the law).

After years of physical and emotional abuse (often in front of their children), Wight’s wife left him and divorced him. The abuse is described in an affidavit at the end of this document. This is what comes of Wilson’s interpreting sexual abuse as “out-of-control lusts” and thus missing all of the warning signs that something was very wrong—something that had nothing to do with mere sexual desire.

But this sort of miscarriage of justice—Wight’s short term for his abuse of Natalie Greenfield—is not what Wilson is referencing.

Here is how Wilson discusses the civil authorities:

Our cultural degradation really does create a dilemma for responsible believers who care about protecting victims. Remember we live in a time when our civil authorities have thrown their full support to homosexuals “marrying,” the bloody fruitlessness imposed by the abortionist’s bloody instruments, the selling of the pieces afterwards, boys transitioning to girls, and vice versa. The iniquitous muddle goes all the way up. We cannot assume we live in a time when sexual abusers can simply be handed over to righteous civil authorities. Our civil authorities have taken the lead in mandating various forms of sexual abuse. Our current civil establishment is a travesty. The thing is a royal mess.

For all the horrors of Wilson’s viewpoint here—his equation between sexual abuse and marriage equality, abortion, and trans rights—I really wish he was suggesting that sexual abusers are let go too often. At least then he would be recognizing a thing that actually occurs. But he’s not.

Have a look at what he says about the rules of evidence:

I have been referring to the rules of evidence. By them I mean things like due process, the presumption of innocence, the right to confront your accuser, the requirement of two and three witnesses, hearing both sides before making a determination, and so forth. These principles are deeply embedded in our legal system, which in turn was Christian in its origins. They have been badly corroded in recent years, but they are still functional and still most necessary. But because they are deeply embedded in our legal system, they are part of the establishment. They are part of the “way things are.” This means they are an essential element in what feminists like to call the patriarchy. As far as the climate of the times is concerned, they are part of the oppression.

So for a certain class of person, the principles of justice, the rules of evidence, are themselves sexual offenders, and should be put on a registry.

He’s not suggesting that the civil authorities, by approving things he views as sexual abuse, such as marriage equality (?!), are willy nilly all about sexual abuse. Instead he seems to be suggesting the latter—that the civil authorities are too quick to convict sexual abusers without adequate evidence, without giving abusers the right to cross-examine their accusers, and so forth. And then there’s the witness requirement—sexual abuse is by it’s very nature typically hidden.  You frequently will not have multiple witnesses.

And then Wilson adds this:

I tried looking up the second case referenced here—the claim that a minister was forced to step down because he told junior high kids “playing grabass at a church-sponsored youth camp” to knock it off—but I couldn’t find any such case. What exactly is “grabass” anyway? Is he talking about consensual sexual activity? Or is he talking about kids being harassed or molested by other kids? The fact that he doesn’t see fit to differentiate makes me wonder if he can tell the difference.

Let me know if any of you can find a reference to a pastor being let go in the situation described above, because I couldn’t find any such thing. At this point I suspect that Wilson made it up whole cloth.

The real problem with Wilson’s post—and I didn’t even get into his claims that Boz Tchividjian is biased toward seeing sexual abuse where there is none, and shouldn’t be trusted with an investigation—is his post’s effects on those reading it. What message does the pastor or evangelical layman glean from Wilson’s post? They learn that the civil authorities should not be trusted to adequately handle sexual abuse cases. 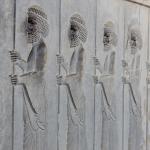 March 12, 2018
Mark Driscoll and Esther: Is No Old Testament Heroine Beyond Smearing?
Next Post 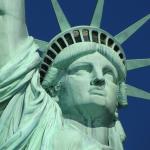