As a child growing up in an evangelical home, I took an apologetics class taught by a friend’s father who was also a seminary instructor. I also read books of apologetics (I absolutely adored my church’s well-stocked library), and for a while, I participated in the apologetics category at homeschool speech tournaments. One of the sources I often turned to was Answers in Genesis.

Answers in Genesis, a creationist organization, promotes something called “creation apologetics,” which essentially involves first convincing someone that the earth is young and that evolution cannot explain its origins, and then convincing them that the Genesis creation story is the only one that makes sense of the world—leading, of course, to the assertion that the rest of the Bible must then be true too.

I thought of all of this when I came upon an Answers in Genesis article promising to prepare readers to effectively and easily refute other religions. Curious, I took a look. I was underwhelmed, to say the least.

See the promise that this will be easy? That ought to set up some red flags this is going to be simplistic and probably ineffective right off the bat. In fact—statements like that arguably make the apologetics work being done more about reinforcing the beliefs of the refuter than about changing the beliefs of the refutee. In other words, it’s about making you feel confident about your own beliefs.

But check out the sort of thing on offer here:

Christians can refute false beliefs by using God’s Word (the absolute standard). It is important to know what the Bible teaches because using God’s Word is the best refutation method. All other authorities are lesser authorities, so appealing to lesser authorities to trump the ultimate authority winds up in a false authority fallacy every time. (A fallacy simply means that an argument has been refuted or is false.) Even so, sadly, many will still ignore the Bible’s refutation of their religion and continue believing false beliefs.

Read it again if you’ve finished the paragraph confused. The argument is that the Bible is the “ultimate authority,” so any appeal to other authorities is automatically a fallacy—the “false authority” fallacy. That is not how logic works.

The link, by the way, does not help matters. It is about something called the “faulty appeal to authority” fallacy, which is closer to being an actual fallacy. Except not quite. The article asserts that appealing to scientific expert is an authority is a fallacy because it represents a failure to consider how that individual’s worldview might influence their scientific claims. That’s not quite how this fallacy works. But even if it were, this is not what the paragraph above was about.

We could close the curtain here, but let’s go on.

Another way Christians can refute a false belief or religion is by showing that the religion or belief is fallacious internally within its own story or set of beliefs. There are three ways this can be done. These religions can catch themselves in inconsistencies or arbitrariness, or those claiming to adhere to a false religion or belief have to give up their belief system and borrow from the Bible to make sense of things (this is called preconditions of intelligibility—my favorite type of refutation).

So we’ve got: (1) inconsistencies; (2) arbitrariness; and (3) their religion has to borrow from the Bible “to make sense of things.”

Before we go on to see what this apologetics looks like in action, check out the self-assurance of the article’s author, Bodie Hodge:

Refutation usually grabs people’s attention by showing that these beliefs are really sinking sand. And any one refutation of a false set of beliefs (e.g., worldview, philosophical system, or religion) is enough to refute the whole thing. It’s that simple. So let’s look at some quick, easy refutations.

When someone tells you it’s that simple, it’s probably not.

At this point, Hodge offers a series of one-paragraph refutations of various religions and belief systems. He starts with “materialism”:

Materialism, a belief that asserts that all things that exist are made up of matter and energy, is itself not material or energy, but a nonmaterial concept. This means materialism cannot exist within materialism. Thus, materialism is self-defeating and refuted.

Eastern religions, like Taoism and Hinduism, have an impersonal “god” (e.g., Brahman or ultimate reality). How then can anyone know that this “god” is impersonal? After all, this “god” cannot communicate anything about itself to man since communication is personal. This is arbitrary, to say the least, and self-refuting.

What. Maybe ask a Taoist or a Hindu if you’re confused? But short of that, just off the cuff, you can know that your neighbor exists (and perhaps is anti-social or reclusive) without ever talking to her, and without her communicating anything to you. But again—ask a Taoist or Hindu, because this simplistic response does not strike me as containing an actual understanding of what they’re probably claiming.

Agnosticism, which claims that one cannot know if God exists, has no basis for the existence of knowledge and thus is stuck in a catch-22. The agnostic cannot even know if he can or cannot know if knowledge exists. Thus, he cannot even know if he is in a position to determine if God exists or not. (Confusing, isn’t it?) Thus, it is inconsistent and self-contradictory.

If you’re confused—and you should be—the way to make sense of this paragraph is to remember that Hodge and his fellows at Answers in Genesis claim that there is no basis for the existence of knowledge outside of the Bible. Anyone who does not believe in the Bible, they claim, has no grounds for rational thought or even for making claims. Outside of the Bible, you cannot know anything, because only the Bible offers the premise or grounds for rational thought.

This claim, of course, is bizarre. Outside of other religions, which frequently also have explanations for intelligibility, scientists, too, have created explanations for the rise of communication, intelligibility, reason, logic, and so forth. While scientific research on the brain is ongoing (and fascinating), any claim that intelligent thought is only possible (or explained) when one starts with the Bible is nonsense.

If we’re going by contradictions in holy books, Hodge has a problem, because his holy book has its own fair share of contradictions. And sure, he probably has all sorts of answers and solutions that explain these contradictions—but if he’s going to give himself that grace, he should offer it to Muslims as well.

Far from “grabbing people’s attention” and showing them that their beliefs rest “on sinking sand,” these “refutations” instead highlight the lack of understanding of the one making them. Indeed, making the argument above to an atheist would simply give that atheist the opportunity to talk about their beliefs (or lack thereof), and to explain how atheists actually approach this issue.

This is not the “gotcha” argument Hodge clearly thinks it is.

What. No one outside of children believes the Easter Bunny, Tooth Fairy, or Santa Claus actually exist—and children only believe in them because adults consciously lie to them. If Hodge actually made this argument to an atheist, he would be walking into a trap, because atheists typically love talking about God in the same sentence with the Easter Bunny, Tooth Fairy, and Santa Clause.

I once had an atheistic evolutionist criticize me for believing in a literal Genesis as he argued that we were no different from squirrels. All the while, the evolutionist was wearing literal clothing—unlike a squirrel—which was instituted by man (not animals) in a literal Garden of Eden, after the first literal sin, with the first two literal people (Genesis 3).

Hodge gets an F in listening. If he had made his “gotcha” observation out loud, and then listened, he might have heard an actual answer. Instead all he seems to have come away with is smugness.

Naturalism, which is a belief that nature (all that is physical) is all that exists, is itself not part of nature—being conceptual and nonphysical. Thus, naturalism stands opposed to naturalism. This is inconsistent and self-refuting.

Um no. See my answer on materialism above.

I am not a relativist (strictly speaking, at least), but I’m pretty sure that this, like so much of what Hodge offers above, is a caricature.

It strikes me, in reading this, that all of my time with Answers in Genesis materials as a child may have done far more harm than good when I reached adulthood. I headed off to college with these arguments and more carefully stocked away in my head, ready to easily and simply refute false religions and beliefs, only to find that not only was such refutation not easy, it did not work at all.

It did not work because I had been fed caricatures. The world outside of my bubble did not actually look like what I was told it would look like. I was woefully unprepared—despite have spent years carefully preparing myself. I was somewhat of an odd teen. I read apologetics for fun. And yet, I was completely and totally unprepared for the actual reality outside of the apologetics books.

This article isn’t about preparing people to contend against false religions. It’s about making them feel confident in their own beliefs. And, interestingly, it relies on isolation from others’ actual beliefs to work. 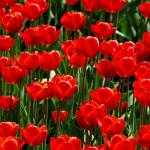 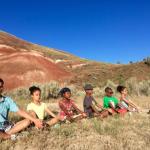 May 1, 2018 "[A]fter the photo event, they go back to looking lifeless."
Recent Comments
0 | Leave a Comment
"Even though in Supes' mind in a lot of comics, that "wimpy modest covering" IS ..."
Melissia Do Face Masks Violate Evangelical Anti-Modesty ..."
"Maybe "Me-Bwah" is a corruption of "My brother"...? It's all I can come up with ..."
Silverwynde Island of Aquarius: Dr. Cooper’s Very ..."
"Even if it were - which, like you, I don't believe - kids deserve better ..."
Conuly The Scandal of Pastor John Ortberg ..."
""Hello. My name is Dr Jacob Cooper. You killed my daughter. Prepare to ... uh, ..."
Taneli Huuskonen Island of Aquarius: Dr. Cooper’s Very ..."
Browse Our Archives
Follow Us!