I’ve written already about the scandals that took down Paige Patterson, former Southwestern Baptist Theological Seminary, over the past month. New developments of the last week, however, call for further treatment (for my past posts on this subject, see here, here, here, and here).

On Wednesday, the Southwestern Baptist Theological Seminary Board of Trustees released a statement responding to information about an additional bungled rape investigation conducted by Patterson by stripping the former seminary president of all remaining benefits. Here is how the trustees’ statement laid out the issue:

During the May 30, 2018, Executive Committee meeting of the Southwestern Baptist Theological Seminary (SWBTS) Board of Trustees, new information confirmed this morning was presented regarding the handling of an allegation of sexual abuse against a student during Dr. Paige Patterson’s presidency at another institution and resulting issues connected with statements to the Board of Trustees that are inconsistent with SWBTS’s biblically informed core values.

On Thursday, Sharayah Colter, the wife of Patterson’s chief of staff, published a blog post defending Patterson and decrying the allegations against him. Colter published documents she claimed showed Patterson’s innocence of all charges. Colter blamed Patterson’s ouster on a power struggle within the Southern Baptist Convention.

Colter went down each allegation against Patterson in her statement, refuting each. Here, I want to focus on a few points in particular. First, Colter writes this of the woman who alleges that Patterson blamed her for her rape at the hands of her boyfriend and placed her on probation for the incident, alleging that she, too, and sinned:

Patterson says he does not recall meeting with Lively, which appears in keeping with a letter Lively sent to Patterson dated April 15, 2003 (see attached letter and response).

“Finally, thank you for the accountability and for putting me on probation. Even though Dr. Moseley has handled this, I think it is great that the school enforces discipline,” Lively wrote in the letter. “At first, I was humiliated and embarrassed. But I know now this is from my own actions and the consequences of those.”

In the letter, Lively apologized and admitted what she recalled then as sin.

“I just wanted to write you and first of all apologize,” Lively wrote in the April 15 letter. “I know that you have been made aware of the sin that was in my life. While I have confessed this to the Lord, repented and sought accountability in my own life, I feel that I have disgraced the school.”

While Lively outed herself on her personal Twitter on Monday the 28th, her name was not printed in any news media until after Colter’s post on Wednesday, in which Colter not only used Lively’s name but also published scans of letters Lively had written to Patterson (and letters he had written to her).

Colter appears to allege two things—first, that the investigation of the incident was handled by Moseley (the dean of students) and not by Patterson, and second, that there was never any allegation of rape. Let’s leave the first issue aside for a moment. As for the second issue, it is not surprising that Lively would blame herself and call her actions sin, given that (she alleges) that is exactly what Patterson was coaching her to do.

It is not an implausible thing for a victim of rape or abuse to internalize the victim blaming they receive from the culture around them and consequently blame themselves. It happens all the time.

Colter also objected to the second allegation of mishandling:

Patterson immediately called police in response to a female student claiming she had been raped. The accused man admitted to having sexual relations with the woman, but said it was consensual. The man also produced evidence to the police to that effect.

Southwestern’s chief of police can confirm that the Fort Worth Police Department was called and responded. Patterson expelled the male student accused of rape. However, because the female student refused to press charges, Patterson had done all he could by calling the police, expelling the student and encouraging the woman multiple times to press charges.

Finally, Colter alleged that the 2000 recording of Patterson’s remarks vis a vis domestic violence had been widely misunderstood:

Fifty-four years ago, a woman in Patterson’s church told him she was feeling spiritually abused because her husband would not let her go to church or tithe. After the woman emphatically assured Patterson her husband had never hurt her physically and would never hurt her, Patterson advised her to go home and pray for her husband. Surprisingly to the woman, the husband did hurt her. They both came to church, and the man was saved, about which Patterson said he was happy. Contrary to the narrative spun through social media, Patterson was not happy the woman was hurt. Patterson has apologized for not expressing himself clearly in the retelling of this story giving the impression he condones abuse. As one who has risked his life to remove wives from domestic violence, nothing could be further from the truth.

This does not characterize Patterson’s remarks at all. In fact, Patterson stated in the recording the the told the woman he counseled to this effect that her husband might “get a little more violent” if she prayed for him as Patterson suggested. You can’t get more violent if you aren’t already violent.

This is another sign that Colter is an unreliable narrator.

On Friday, Kevin Ueckert, Chairmen of the Board of Trustees of Southwestern Baptist Theological Seminary, released a statement responding to Colter’s allegations and clarifying the reasons their concerns about Patterson had elevated. In the statement, Ueckert alleged that documents Colter published were stolen and released unethically.

Here is where it gets weird.

The documents Colter published were inappropriately taken from Southeastern by Patterson, and presumably then provided to Colter, for use in her post. In other words, Patterson was involved in the creation of Colter’s post. Colter states her relationship to Patterson, but not that Patterson provided her with the documents she includes.

In other words, Colter’s post appears to be part of covert ops on Patterson’s part.

As to the other allegations, Ueckert wrote as follows:

We confirmed this week through a student record, made available to me with permission, that an allegation of rape was indeed made by a female student at Southeastern Baptist Theological Seminary in 2003. This information contradicts a statement previously provided by Dr. Patterson in response to a direct question by a Board member regarding the incident referenced in our May 30 statement. The 2003 rape allegation was never reported to local law enforcement. SWBTS will not release the student record to the public without additional appropriate permissions.

In addition, as previously disclosed, a female student at SWBTS reported to Dr. Patterson that she had been raped in 2015.  Police were notified of that report. But in connection with that allegation of rape, Dr. Patterson sent an email (the contents of which were shared with the Board on May 22) to the Chief of Campus Security in which Dr. Patterson discussed meeting with the student alone so that he could “break her down” and that he preferred no officials be present. The attitude expressed by Dr. Patterson in that email is antithetical to the core values of our faith and to SWBTS. Moreover, the correlation between what has been reported and also revealed in the student record regarding the 2003 allegation at Southeastern and the contents of this email are undeniable.

Colter, in other words, told only a very selective version of the truth in her blog post, and published only highly selective documents. Ueckert and the Board of Trustees had access to the full documents regarding each case, ascertained that Patterson had lied to them directly about what happened, were deeply concerned by what they found, and made the decision to terminate any ongoing involvement with Patterson.

Ueckert, unlike Colter, is not releasing the full documentation regarding the two cases—because doing so without permission from those involved in those documents would be unethical. Colter does not have any such scruples—at least when it comes to releasing selective documents (fed to her by Patterson) that she claims exonerate Patterson.

What a tangled, tangled web. 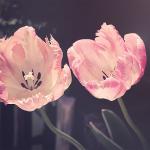 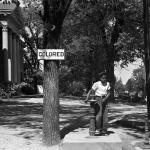