Think Progress recently revealed that Sessions’ comments on undocumented immigration and the Bible may have been informed by what is being taught at a White House Bible Study, a weekly Bible study led by Capitol Ministries’ Ralph Drollinger. Drollinger also leads Bible studies for Congress, and in 2016 a Bible study on immigration included this reasoning:

This study was crafted in response to Obama’s emphasis on pursuing deportation of criminal aliens rather than of all undocumented immigrants, as well as Obama’s efforts to pass immigration reform with some form of amnesty and path to citizenship. But as much as I care about immigration, I was just as struck by the study’s treatment of children as I was by its treatment of immigration.

Indeed, as Think Progress notes, one of Capitol Ministries’ most recent Bible study topics at the White House was parenting:

The day before Sessions’ remarks last Thursday, the White House Bible Study held a meeting centered on “The Importance of Parenting and the Course of the Nation.” The first paragraphs discuss “obedience to a nation’s laws” and cite Proverbs 28:4 and Romans 1:32[2] . (There are a number of spelling and Bible citation errors in the packet, including … Romans 1:32, which may be a typo intended to cite Romans 13:2, the chapter Sessions used to justify the separation policy.)

The biblical parenting course advocates “corporeal [sic] punishment for wrong doing” because it “is replete throughout Scripture.” Biblical parenting requires that a parent dominate their child from a young age: “A parent must establish authority early on … This is done through spanking.” If you spare the rod, you spoil the child.

This bible-based course also encourages parents to break the will of their children so that they do not become “rebellious toward God.” So many people are rebellious today because “The child never learned the value and fruit of correction at a young age. No one ever broke his self-will and as a re­sult he carries around a rebellious spirit today.”

You can read the whole thing. Drollinger’s teachings, laid out n the text, are indistinguishable from those of Michael Pearl’s abusive child training manual—a book linked to the deaths of at least three children—or that of Bill Gothard’s basic seminar texts.

For the uninitiated, Pearl and Gothard are fundamentalist religious leaders who teach that parents should use corporal punishment to break their children’s wills and render their children completely and unquestioningly obedient. To do less, they suggest, is to fail children. Only by breaking children’s wills and requiring their abject submission can children be prepared to submit to God.

To see the similarities between these teachings and those of Drollinger, check out this paragraph from the text of the Capitol Ministries Bible study:

A parent must establish authority early on, allowing the child to gain a sense of conditioning as to the normative nature of parental authority in his life. It sets the stage for the future in the home. It follows that at a young age, parents must curtail a child’s natural tendency to rebel; a parent must lovingly prove and enforce his authority at the earliest stages of a child’s life. This is done through spanking.

And have a look at this bit here:

Rather, obedience is to be demanded — with immediacy — always. The above passages [Proverbs 1:8 and 6:20] imply that the parent’s child or children must learn to revere his authority. To allow your children to show disrespect for your authority is akin to teaching them to eventually not fear God; and a healthy fear of God is the basis for your child to one day bow the knee to the Lordship of Christ (hopefully at a young age) which is the ultimate objective and purpose for parenting. There is no need to submit to God later if there is no need to submit to parents now. Such reverence for authority is created in a child at an early age through good parenting.

This is literally indistinguishable from Michael Pearl’s parenting teachings—it’s the same exact thing idea for idea—and it is what passes for Bible study in Trump’s White House.

Let me highlight one last passage:

Teach them that sexual desire is to be fulfilled in marriage only. Conversely, sexual involvement before marriage leads to absolutely nothing good for your child, his friends, your family, and our nation! As a governmental leader you know how much sexual sin ends up costing our nation in terms of the welfare roles, medical costs, law enforcement, etc. Such are reduced by good parenting in this one particular area.

Law enforcement? In what way does having premarital sex cost our nation in terms of law enforcement? You see what Drollinger is doing, right? He’s including rape and sexual assault under the umbrella of “sexual sin”—a term he introduces only after opening with exhortations to save sex for marriage. Rape becomes the product of having sex outside of marriage—not a violation of consent—because in this framework consent does not matter. All that matters is marriage or not-marriage.

Oh and by the way:

In 2017, Drollinger told the Christian Broadcasting Network that the people in his Bible study “are so teachable.” He then bragged about how “Jeff Sessions [will] go out the same day I teach him something and he’ll do it on camera. And I just think, man, these guys are faithful, available, and teachable.”

This is who has the ear of our nation’s lawmakers. 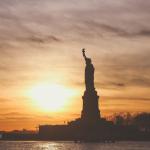 June 25, 2018
Democrats' Views on Immigration Have Changed---Dramatically
Next Post 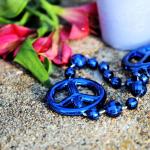