Ken Ham’s Ark Encounter theme park just rounded out its second year of operation. In an article on the Answers in Genesis website, Ken Ham is upbeat, announcing that one million visitors came to the Ark in its second year, an increase on the prior one. The moment I saw his piece, I was curious. Friendly Atheist has been tracking Ham’s attendance projections and reports for years, and there has often been something somewhat funny going on.

Sure enough, Friendly Atheist has an article on Ham’s recent reports. In his article, Hemant Mehta quotes from an article published by the Cincinnati Inquirer, which includes quotes from Ham:

Answers in Genesis (AIG), which owns the Ark Encounter and the Creation Museum, reported a 20 percent jump in attendance year over year for the ark.

The Cincinnati Inquirer article goes on to note that:

The structure, literally of Biblical proportions, opened to the public in July 2016 and drew about 800,000 visitors to Williamstown during its first year of operation. Answers in Genesis initially projected 1.2 million would attend.

But as Mehta notes, this is the first we’ve heard of the 800,000 figure. At the close of the Ark’s first year—one year ago—Ham announced that the Ark had received one million visitors in its first year.

For its part, AiG instead used America’s Research Group (ARG) to conduct nationwide market research on the Ark Encounter, and ARG predicted attendance to be 1.4–2.2 million for a normal year of operation. Even though the Ark did not open until the middle of the tourist season in July of 2016, its non-normal first year has still seen 1 million visitors (with about 1.5 million visitors total for both attractions). AiG predicts that the second year’s attendance will be closer to the high end of the ARG figure, based on several factors: hundreds of motor coaches are booked to come (organized by numerous tour companies), other group bookings are also increasing, people now having ample time to plan their vacations to the Ark, and other encouraging trends.

One wonders what Ham will be saying in July 2019.

On a very real level, of course, none of this matters. It’s 2018, and we have far more important things to worry about than whether a young earth creationist is padding his attendance figures. But there is something inside me that is still—despite everything else going on—upset with Ham about this.

I grew up reading Ham’s materials. In fact, I attended his talks and got his signature and worked behind the scenes at an event packaging books for sale. My parents are on some sort of founders list for the amount the donated when he was building his first attraction, the Creation Museum. Answers in Genesis is and always will be a part of my childhood and young adulthood. Ham had a huge impact on me.

I know, of course, that Ham is peddling pseudoscience. I’ve known that for a decade now, and that realization played a starring role in my journey away from conservative evangelicalism. But somehow, Ham’s willingness to play fast and loose with attendance numbers just underscores his role as a snake oil salesman. He can’t even be honest and open and transparent about attendance numbers. And somehow, that feels like one more betrayal on top of the rest.

The oddest part of all of this is Ham has no need to keep inflating numbers and projections. It simply makes him look foolish, to no purpose. 800,000 visitors to an attraction located in the middle of rural Kentucky is still a good run. The Museum of Science and Industry, in Chicago, attracts 1.5 million visitors a year. The Smithsonian Air and Space Museum, in D.C., has 4.3 million annual visitors. The Space Center in Houston draws 1 million visitors per year.

Ham created this problem for himself by making unrealistically high projections and then inflating attendance numbers to save face. This was completely unnecessary.

While the attendance at Ham’s Ark Encounter theme park may not be quite what he had hoped, there are still millions of people around the country who believe Ham and what he’s selling. What he’s selling is packaged with plenty of glam, and he’s a good salesman. His answers sound scientific, and what he’s offering is theologically appealing to many.

I’d like to think that even as a young earth creationist I would have been upset to see Ken Ham playing fast and loose with his attendance numbers. I was a true believer, after all. I didn’t question his science—I was completely convinced. But transparent toying with attendance numbers to create a false narrative? Surely I would have objected to that.

It is perhaps more likely, though, I would have seen Ham’s number games as a small deception necessary to stave off a liberal media ready to pick any Christian’s bones. After all, we know from the tactics currently being employed by crisis pregnancy centers that many conservatives don’t have a problem with deception, so long as it serves a just cause. 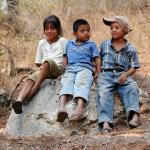 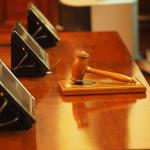 July 13, 2018 Forbid Them Not: The Trevails of the Lawyer with Brilliant Silver Hair
Recent Comments
0 | Leave a Comment
Browse Our Archives
Follow Us!