Answers in Genesis, a young earth creationist organization, holds that Neanderthals were descended from Noah. Neanderthals, they argue, did not survive the world after the flood, whether due to harsh conditions or due to warfare with other groups of Noah’s descendants. I’m familiar with this interpretation and have written about it before. However, it seems that other creationists have far different interpretations of Neanderthals.

There were many others who were interested in the Neanderthal genome – perhaps most surprisingly, some fundamentalist Christians in the United States. A few months after our paper appeared, I met Nicholas J. Matzke, a doctoral candidate at the Center for Theoretical Evolutionary Genomics at UC Berkeley. Unbeknownst to me and the other authors, our paper had apparently caused quite a flurry of discussion in the creationist community.

Nick explained to me that creationists come in two varieties. First, there are “young-earth creationists,” who believe that the earth, the heavens, and all life were created by direct acts of God sometime between 5,700 and 10,000 years ago. They tend to consider Neanderthals as “fully human,” sometimes saying they were another, now extinct “race” that was scattered after the fall of the Tower of Babel. As a consequence, young-earth creationists had no problem with our finding that Neanderthals and modern humans had mixed.

Then there are “old-earth creationists,” who accept that the earth is old but reject evolution by natural, nondivine means. One major old-earth ministry is “Reasons to Believe,” headed by a Hugh Ross. He believes that modern humans were specially created around 50,000 years ago and that Neanderthals weren’t humans, but animals. Ross and other old-earth creationists didn’t like the finding that Neanderthals and modern humans had mixed.

Nick sent me a transcript from a radio show in which he [meaning Hugh Ross] commented on our work, saying interbreeding was predictable “because the story of Genesis is early humanity getting into exceptionally wicked behavior practices,” and that God may have had to “forcibly scatter humanity over the face of the Earth” to stop this kind of interbreeding, which he compared to “animal bestiality.”

Clearly our paper was reaching a broader audience than we had ever imagined.

Until I came across these paragraphs from Paabo’s book, I was most familiar with only two Christian approaches to the interbreeding of humans and Neanderthals. The first was young earth creationists like Answers in Genesis, which positioned Neanderthals as a group of descendants of Noah, in the years after the flood. The second was that held by groups like BioLogos, which accept evolution in its entirety, including the evolution of man.

Reading Paabo’s comments, I was reminded that there is a third group—a third Christian interpretation of origins—that would indeed be threatened by the idea that Neanderthals and humans interbred at one point in our history.

In general, there are three Christian interpretations of origins:

Old earth creationists may actually be the oldest of the three groups. A century ago, the young earth creationist position was fringe. Most Christians objected not to the idea that the earth was old (this had been known for some time) but rather to the idea that man evolved. The evolution of man affected their theology in ways than an old earth did not, because the evolution of man does away with Adam and Eve.

Despite old earth creationism being the oldest Christian approach to origins, it is the newer interpretations—young earth creationism and evolutionary creationism—that have become the major players in the debate over origins within Christian circles today. These positions contend primarily with each other and have become so dominant that I had almost forgotten about the third interpretation of origins, until reminded by Paabo.

Just how does Hugh Ross of Reasons to Believe approach Neanderthals? According to Paabo, Ross—an old earth creationist—views interbreeding between humans (who were specially created by God) and Neanderthals (animals who evolved) as akin to bestiality. This makes sense, given Ross’s belief that Neanderthals evolved, like other animals, while humans were created as described in Genesis—Adam and Eve, formed out of nothing.

This leaves me with a question. Did Noah take Neanderthals on the ark? 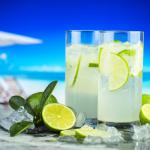 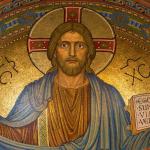 August 14, 2018 Would Jesus Go To the National Prayer Breakfast?
Recent Comments
0 | Leave a Comment
Browse Our Archives
get the latest from
Nonreligious
Sign up for our newsletter
POPULAR AT PATHEOS Nonreligious
1