Christopher Hitchens, Doug Wilson, and the Making and Remaking of a Platform

Christopher Hitchens, Doug Wilson, and the Making and Remaking of a Platform September 13, 2018 Libby Anne

I’ve written over the years about evangelicals’ failure for not speaking out against Idaho pastor Doug Wilson. There is something else that has bothered me for a while now, though. Namely, Wilson would almost certainly not have had the platform he has in the evangelical world if the late Christopher Hitchens, a prominent atheist author, had not elevated his status by co-producing a lengthy film project with him, choosing him, and not someone else, to represent Christianity in a series of debates.

In early 2007, after publishing God Is Not Great, Hitchens encouraged religious leaders to debate him. Wilson, who thrives on this sort of publicity, accepted his challenge. In May 2007 the pair’s email debate was published in the evangelical world’s flagship magazine, Christianity Today. Before this, Christianity Today had mentioned Wilson exactly once—and then in connection with his racist pamphlet. After this, Wilson became the guy who took on arch-atheist Christopher Hitchens.

Before 2007, Wilson was known of within Reformed circles and among evangelical homeschoolers and private Christian school advocates, but not much beyond this. He was also still embroiled in the fallout from his 1998 pamphlet, Southern Slavery As It Was, which positively portrayed slavery and antebellum Southern culture.

In late 2004, William L. Ramsey, a professor at the University of Idaho, wrote an article published on the History News Network under the title “The Late Unpleasantness in Idaho: Southern Slavery and the Culture Wars”. Ramsey discussed Wilson’s article and his own book review rebutting it. He then went on to discuss events that had occurred in Moscow, Idaho, earlier in 2004.

Information about Wilson’s ninth annual “history conference” in February 2004 turned out to be the final straw for many residents. Wilson had scheduled himself as the keynote speaker, praising the southern racist ideologue R.L. Dabney, but he had also scheduled as co-speakers white supremacist League of the South co-founder Steve Wilkins and the anti-gay Tennessee minister George Grant, notorious for advocating the extermination of all homosexuals in his book Legislating Immorality. University of Idaho students were especially outraged that the conference was surreptitiously scheduled to take place on their own campus in the Student Union Building. Wilson had apparently paid good money for the facility well in advance, and nobody had balked at taking it. Student anger, however, ultimately forced the president and provost of the University to issue a joint disclaimer of the event, which tried retroactively to take the moral high ground by denouncing efforts to “recast or minimize the evils of slavery.”

Responding to the activism of a much larger African American Student Association, the president of nearby Washington State University, V. Lane Rawlins, enthusiastically issued a simultaneous statement assuring Washingtonians that “the planned conference to be held in February 2004 in rented space on the University of Idaho campus in Moscow has nothing to do with Washington State University.” In his official statement, Rawlins claimed that he had been informed “about a booklet that defends slavery as a social institution.” He made reference to the “article in the Daily News on the weekend of Nov. 8-9 where historians from the University of Idaho, the University of Maryland, and Duke University exposed the booklet for what it is, self-published propaganda disguised as history.” Most importantly, he wanted the Washington State community “to know that those views and others sympathetic to them are intellectually and morally reprehensible and unacceptable to me and to the leadership of WSU.”

Wilson’s affiliated enterprises in Moscow launched an aggressive campaign to denounce the presidents of the two universities, the “abolitionist” historians, and community civil rights activists as the deluded representatives of “modern secularism.” In prominent advertisements in several local newspapers, Wilson and his supporters argued that “slavery isn’t the issue.” “Establishment secularism,” they claimed, “can’t stand real criticism. It can’t bear real differences.” The advertisements suggested that the real goal of local critics of Wilson’s defense of racial slavery was “silencing dissent.” Less publicly, however, Wilson and the dean of his “ New Saint Andrews College,” Roy Atwood, began working to silence the University of Idaho historians who had brought the slavery booklet to the attention of the community. They were especially upset that the University’s director of Diversity and Human Rights, Raul Sanchez, had placed a hyperlink to the Quinlan/Ramsey book review on the Diversity Office website. In an angry letter to the university provost, Wilson claimed that the book review was “slanderous” and “defamatory” and demanded disciplinary action and a public apology, while Atwood wrote a similar letter to the president. Failing to get the desired response, Wilson wrote to Idaho Governor Dirk Kempthorne asking him to step in and “remove the University of Idaho as a launching pad for their mortar rounds.”

Wilson’s “history” conference in February, 2004, saw the arrival of League of the South co-founder Steve Wilkins, anti-gay minister George Grant, and nearly 800 fundamentalist culture warriors intent on challenging the secular worldview of northern Idaho (and touring the New Saint Andrews College facility with their home-schooled teenagers). Wilkins readily acknowledged to local reporters that the League of the South hoped to secede from the United States and create a new Confederate Nation dedicated to states’ rights, Biblical Law, and the restoration of the “cultural hegemony” of Christian southerners, but he angrily denied that it was a racist or white supremacist organization, as claimed by the Southern Poverty Law Center. To make his point, he organized a special lecture, entitled, “The Sin of Racism,” in which he condemned all forms of racial discrimination and reiterated that southern slavery was not a racist institution but one based on mutual affection and social harmony. Many Idahoans found it unpersuasive.

This is where Wilson was in 2004, three years before his debate with Hitchens. Debating Hitchens offered Wilson an out—a way to move beyond the defensive spiral in which he had become stuck, a way to change his reputation. He would no longer be known primarily for his writing on slavery. Instead, he would be known as the man who debated Christopher Hitchens.

Whether or not he realized it, Christopher Hitchens expanded Wilson’s platform and built Wilson’s gravitas among evangelicals. Evangelicals share the blame, of course—Christianity Today should have refused to publish Wilson and Hitchen’s debate, and they did not. They chose ignore Wilson’s defense of slavery and to treat the enemy of their enemy as one of their own.

As for Wilson, his debate with Hitchens—and the pair’s subsequent book project and film—remade Wilson’s image and ushered him into the evangelical mainstream. 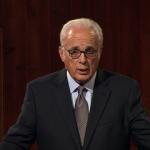 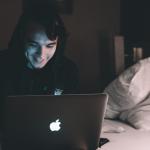 September 14, 2018 Forbid Them Not: The Sexy Chat and the Robotic Spanking
Recent Comments
0 | Leave a Comment
Browse Our Archives
get the latest from
Love, Joy, Feminism
Sign up for our newsletter
POPULAR AT PATHEOS Nonreligious
1