Last week, Fred Clark at the Slactivist wrote about Mark Taylor, the firefighter-turned-prophet who claims that he predicted the election of President Trump. I noted a few months ago that Liberty University is producing a film titled The Trump Prophesy featuring Taylor and—yes—his prophesies. That movie comes out in select theaters on October 2nd and 4th (two days only).

Liberty has received no small amount of criticism for producing this film, due in part to allegations in some evangelical corners that Taylor’s prophesies about Trump are heretical. I knew that. What I didn’t know is how far down the conspiracy theory hole Taylor is. In recent years, Liberty University has worked to become a respected, mainstream evangelical institution. Producing films like this will set them back decades.

Clark summarized some of the conspiracy theories Taylor is pushing, offering a series of bullet points. Curious to know more, I clicked through some of the links to find the context of some of Taylor’s statements, and, nope, it didn’t get any better. In fact, it got worse—far, far worse.

Here’s an actual quote from Taylor, about the November 2016 election:

“November 8th, I believe the enemy sent out something, a frequency if you will, those who are tapped into his frequency, and it agitated and took control, basically, of those who have their DNA that was turned over to the enemy. That’s what’s happening, is that the Illuminati, the Freemasons, all these people, their main goal is to change the DNA of man.”

Okay, let’s run with this. Exactly how are the Illuminati and the Freemasons changing people’s DNA?

So in other words—we’re talking abut mind control. When Taylor says the enemy sent out a frequency, he means the executed mind control, over the radio, and through music.

But what in the world does this have to do with DNA?

“I’m getting bombarded by emails from Christians that are saying look, I support Trump, but everyone in my family has isolated me, everyone in my church is not talking to me, it’s because their DNA is being controlled by the enemy.”

Taylor has no idea what DNA works or how it functions.

“If I want news, I’ll usually go to like Fox’s website, I’ll catch the headlines or something like that, that’s not being broadcast so to speak in a frequency where I’m hearing it or anything like that, but what they found through that 440 Hz is that it will also damage your body organs, which is another reason why people are so sick. But it also changes your DNA, which is the goal of the Freemasons, of the Illuminati, they want you part of that Illuminati bloodline.”

In other words, Taylor doesn’t listen to the radio or watch TV news because those media forms use a frequency that the Illuminati and the Freemasons are using to carry out massive mind control campaigns.

When I read some of the pull quotes from Taylor’s segment here, before I listened to the whole thing and transcribing the bits above, I thought Taylor must be using the term “frequency” to refer to various media forms that are (from his perspective) biased and controlled by the Left. Surely he meant that people shouldn’t be “tuned in” to “frequencies” that promote bad ideas or anti-Christian views of the world.  But

But no. No, that’s not what he meant at all. I listened to the full clip. Taylor believes a conspiracy theory that claims that the musical note A is tuned to 440 Hz because that frequency is one that can be used for mind control. Curious, I did some googling, and he’s not alone in holding to this conspiracy theory.

But Taylor doesn’t just believe that this frequency is a mind control tool. He also believes the frequency of the music we listen to (and the news we watch) actually changes our DNA. Does that mean our children will inherit changed DNA? “Sorry kid, you inherited both original sin and Illuminati DNA. Good luck!”

Let’s check out another clip:

“It’s like some of these  people are not even human … it’s like their DNA has changed to the point where it’s just pure out evil. … These are literal demons that are manifesting right now.”

Hang on a tick. People can be turned into demons? This is absolutely not something I was taught growing up in an evangelical church. Not at all. Those evangelicals who have criticized Liberty for producing a movie on Taylor’s prophesies, on the grounds that Taylor’s claims are heretical, have a serious point.

Here’s what I think is happening—Jerry Falwell Jr. is so deep in bed with Trump that he’s putting Trump first and the Bible second. He doesn’t care about preserving any specific theological tradition. He cares about supporting Trump wholesale with everything he’s got—and Taylor is one of the things he’s got.

You know, this Taylor:

“The deep state is kicking and screaming, these people who are under the mind control that they have had going on, they’re going to start activating these sleepers that I call them, and you saw what happened in Annapolis [the Capital Gazette shooting], this guy was a sleeper, and they activated him, and that was it.”

And, well, this Taylor:

“Someone told me yesterday that blond women now, they’re going to start targeting blond women because they think they’re Trump supporters, regardless of whether they are or not, they’re just going to attack them.”

And, you know, this Taylor.

And, finally, this Taylor:

Look, the beliefs about demons aren’t that odd at all. I grew up on Frank Paretti! I am familiar with the concept of demon possession and demonic influence. I’m not so familiar with mind control Illuminati frequencies changing people’s DNA and changing them into literal demons.

But don’t worry. The state department has a plan to arrest all of these people for literally eating children once the Department of Justice has been cleaned up, to ensure that they won’t walk on a technicality. Oh, what’s that? I hadn’t mentioned the child-eating thing? Yup. They’re child eaters.

Also, John McCain was the number three top of the Illuminati DNA-altered demon child eaters, after Clinton and Obama. In fact, McCain was executed by a secret military tribunal. What’s that? You thought he died of brain cancer? Nope. That’s only what they want you to think.

And while we’re at it, the Left isn’t opposing Kavanaugh’s nomination because they’re concerned about Roe v. Wade—it’s because they know that the Supreme Court will ultimately weigh in on the legality of these secret limitary tribunals, and they don’t want to be executed for all the child eating they’re doing.

If you’re somewhat confused now that’s to be expected, but all of this is in fact what Mark Taylor believes. You know, the Mark Taylor that is currently Liberty University’s darling child. The Mark Taylor Liberty is about to release a movie on. That is how far Liberty’s Trump alliance has taken them—to the depths of baby eating mind control demonic frequency DNA changing conspiracy theories.

Also, the Illuminati are using science to create Hurricanes. No, really! 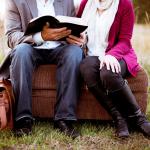 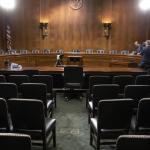