Why Do Women Stay? For Many Reasons.

“What draws women to a religion that says men should be in charge?” Julie Zaumer asked in the Washington Post earlier this week. To answer this question, Zaumer interviewed female students at a Southern Baptist seminary in Louisiana. Zaumer begins her article as follows:

NEW ORLEANS — Growing up in rural Mississippi, Gracie Robinson decided early on that she would never get married.

This summer, 26 and unmarried and enrolled in a seminary 300 miles from the dusty backwater she describes growing up in, she’s holding court, ranting over garlic fries and gumbo that she’ll never let a man control her.

“Every time I think about it, it just burns me up!” she says, as the other female seminarians laugh and clap.

And then Robinson’s tone changes. Matter-of-fact, she says about a husband: “True enough, he is the head of the household. And he is the spiritual leader.”

And her friends wholeheartedly agree to that, too.

This is the challenge and the contradiction of being an evangelical woman today: Embracing the beliefs of a community that teaches it’s the will of God for men alone to lead churches and families, while also fiercely arguing for women’s equal worth.

The choice Gracie Robinson is making—to not marry, so that she will not have to submit to a husband—is a solution I have heard before. Robinson may never marry, or she may find a man who truly respects her, and forge an equal partnership, a marriage that gives lip service to male leadership and female submission but in practice never goes there. I’ve seen this happen, as well.

Typically, conservative churches apply male leadership and female submission in two areas—in marriage, and in church leadership. It’s application in marriage is generally fairly private and individually worked out—“complementation” marriages range from those that are thoroughly abusive, with a domineering husband who controls his wife’s every action, to those that are for all practical purposes functionally egalitarian.

And then there’s the church.

“God created men and women equal in worth and value, but different in role and function. Different is just different. Different isn’t bad,” teaches Rhonda Kelley, the wife of the seminary’s president and the head of its women’s ministry program.

When looking at why women stay in such denominations, it’s worth remembering that women aren’t barred from all church leadership positions. Kelley, for example, heads her husband’s seminary’s women’s ministry program, which serves female seminarians and involves both teaching and organizational authority.

In the classroom, Kelley passed out a list of 83 different roles of authority in a church, from church treasurer, to writer of biblical commentary, to singer in the choir, to greeter at the door. Wayne Grudem, the prominent conservative theologian who wrote the list, argued that 14 out of the 83 jobs should be for men only — including serving as a deacon or elder of the church, serving on the governing board of a denomination, presiding over a baptism, teaching theology in a seminary, preaching regularly to the church, and being ordained as a pastor.

The idea of such a list, of course, is partly to convince women that they’re being included in almost every area—while deemphasizing the fact that they’re being kept out of the positions with the most authority. Still a woman interested in church leadership does have some outlets for her talents. While these outlets are limited, it can be enough to keep women in the denomination who might otherwise leave.

Why do women accept this? In many cases, of course, women in denominations like the Southern Baptists genuinely believe that this gendered order is what God wants. Secular outsiders wondering why women stay in such denominations shouldn’t overlook the role played by belief. I’ve seen women cry over evangelical teachings about submission within marriage—but still do it, because they believe God has set it up that way.

Sometimes, of course—often, perhaps—women in these denominations internalize good, old-fashioned sexism and use that, too, as a justification.

Jade Perkins is also getting a master’s degree at the seminary but agrees women shouldn’t be pastors. First, she’s not sure a woman could handle the criticism: “Women are more emotional than men. People in the church can be harsh. A woman can break down emotionally more.”

And second, there’s the wardrobe: “Men, Sunday after Sunday, have to preach in front of their congregations, and they’re going to wear a suit. A woman instead would have to make sure her outfit looks good, she’s modest, her hair looks good, her makeup looks good. A woman’s going to be pulled apart about what she looks like.”

Perkins said she takes these stumbling blocks as a sign from God that women really don’t belong in that pulpit.

There’s also, of course, the prospect of losing your friends, your family, and your community if you decide to buck conservative teachings about female submission in the home and in the church. Rejecting these teachings can mean losing everything and starting again, something not everyone is willing to do.

I want to touch on one other reason women stay in these denominations—a reason Zaumer spends little time on, perhaps because she interviewed female seminarians nearly exclusively.

As Zaumer notes in her piece:

“Seeing something as God’s divine order, there’s a clarity to that. I think there’s also a strong dislike in many quarters of feminism and what some of these women believe feminism stands for — an anti-child or anti-family emphasis they perceive in feminism,” said R. Marie Griffith, who was raised Southern Baptist and who directs Washington University in St. Louis’s Danforth Center on Religion and Politics. “For many women, they do believe that’s God’s order. . . . The preferred mode would be: Okay, men will be the spiritual leaders.”

Zaumer never follows up on this idea that feminism is anti-family, or on the role a believe that it is might play in women remaining in denominations with regressive ideas about gender roles.

I am a feminist. So are many of my friends, and one refrain I hear among feminist friends who are staying at home with their children while they are young is a worry that they have betrayed their feminist ideals. They set out intending to continue their work by freelancing, in part as a justification, only to see that intent fall apart in the face of the realities of providing full time childcare. And so they are conflicted.

We live in a world that is often not conducive to mothers working. Daycare costs are obscene, children get sick and are sent home, school schedules do not correlate with working hours, and extracurricular schedules demand time and energy. And while feminist women should not feel guilty about making the choices that are best for them and their families in a challenging climate, they often do nonetheless.

Evangelical teachings about gender roles offer women who stay home with their children a way out of that guilt. Staying at home isn’t second best or something to feel guilty about. It’s first best! You don’t have to feel bad or guilty about staying home—you’re fulfilling God’s will and carrying out his vision! Your mission field is your home. Childcare isn’t just childcare. It can be imbued with deeper meaning.

If feminism makes the personal political, evangelicalism makes the personal spiritual. And for women in these communities, that can be deeply meaningful. At least, until the cracks start showing. Until a friend’s husband begins abusing them. Until the local elder board mishandles allegations of sexual harassment by their pastor. Until their daughter is molested by a youth pastor, and the church treats her as the problem. 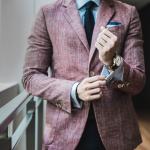 September 25, 2018
The Paternalism of Complementarian Anti-Abuse Activism
Next Post 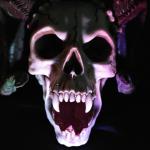