Growing up in a young earth creationist home, I was taught the vapor canopy model. According to this model, when God “divided the wars which were under the firmament [i.e. the sky] from the waters which were above the firmament” in Genesis 1, he created a canopy of water above the atmosphere which created a greenhouse environment on earth—excess oxygen enabled humans to live for hundreds of years while similar effects sustained the rich vegetation needed for dinosaurs and other massive land mammals to survive.

During the flood, this water fell to earth as torrential rain. After the flood, the atmosphere was different. Gone was the excess oxygen, and human life spans began to shrink. Gone was the hothouse environment that had sustained massive quantities of tropical vegetation, and the dinosaurs struggled to survive in this new climate. Many young earth creationists, though, have recently abandoned this model. Given my recent musings about whether creationists (like actual scientists) change their minds to follow the data, this change is worth exploring.

Let’s have a look at an Answers in Genesis article by Bodie Hodge titled The Collapse of the Canopy Model. In his article, Hodge sets the groundwork for his discussion as follows:

In brief, the canopy models gained popularity thanks to the work of Joseph Dillow, and many creationists have since researched various aspects of this scientific model. The canopy model was developed from an interpretation of the “waters above” in Genesis 1:6–7 when discussing the firmament (or expanse).

From these verses, scientific models were developed and modified to help deal with problems that arose. These models included ideas about the earth’s temperature, atmospheric color, as well as oxygen concentration (to attempt to explain ancient man’s longevity).

The proposed models have this canopy fading into history at the time of the Flood. Researchers thought it could have provided at least some of the water for the Flood and was associated with the “windows of heaven” mentioned along with the fountains of the great deep at the onset of the Flood (Genesis 7:11).

I’ll be honest—I find creationists’ abandoning of this model somewhat surprising. As a teen, I found this model compelling because of the way it applied scientific-sounding explanations to Biblical proclamations. This is perhaps the core of what young earth creationists like Answers in Genesis do: they start with “it happened like this because the Bible says so” but they rarely end there. Instead, they throw in some science.

Note the reference to ancient man’s longevity—that link goes to a page that explains that Adam lived 930 years, and that his grandson and great-great-grandsoon lived over 900 years as well. This is all taken as settled fact, because the Bible says it. Still, young earth creationists are aware that this sounds silly—so they add in scientific explanations for how people really, truly could have lived that long back then.

Maybe the atmosphere was different! That sounds like it could matter, right? This whole waters above the earth thing sounds significant—maybe that could have changed the atmosphere! The Bible references the “windows of heaven” opening when the deluge began—a vapor canopy would certainly fit!

Why drop a model I found so convincing growing up? The vapor canopy explained everything, from the flood to the first humans’ ridiculously long lives to why huge land mammals like dinosaurs lived then and not today. Hodge says there was a problem with the computer models—yes, young earth creationists run computer models. But I’ll let Hodge explain:

Currently, the pitfalls of the canopy model have grown to such an extent that most researchers have abandoned the model. For example, if a canopy existed and collapsed at the time of the Flood to supply the rainfall, the latent heat of condensation would have boiled the atmosphere! And a viable canopy would not have had enough water vapor in it to sustain 40 days and nights of torrential global rain.

The concern about the “latent heat of condensation” that would have “boiled the atmosphere” is fascinating because it is also wildly selective. Answers in Genesis even today holds that—and I am not exaggerating here—the continents “crashed” into each other during the flood, creating huge mountain ranges in a matter of weeks before separating again and moving thousands of miles to their current position within a few hundred years.

One wonders. How much energy would be released by continents slamming into each other hard enough to create mountain ranges in a matter of weeks? Could we get some computer models in here?

Here is how Andrew Snelling described young earth creationist plate tectonics in an article published by Answers in Genesis in 2004:

When we remove the Atlantic Ocean and put the pieces back together again, we find a long mountain chain that ran from North America through Europe. The problem is that this chain, known as the Appalachian-Caledonian mountains, is made out of fossil-bearing sediments that were deposited earlier during the Flood. The only known way to form a mountain chain like this is for one continent to collide with another continent. This means that the Flood had to deposit fossil-bearing layers in North America and Europe before they crashed into each other to form Pangaea.

In another Answers in Genesis article, Snelling writes that the Mountains of Ararat that Noah landed on were formed during the flood—a flood that lasted only a year. In other words, over the course of a year and during a catastrophic global flood, tectonic plates and continents separated, collided with enough force to create mountains, and then moved thousands of miles away from each other.

Assuming that all of the initial separating and colliding and driving up of mountains occurred in the first half of the year, North America would have had about six months, or 180 days, to move 3,700 miles away from Europe. That is a pace of about twenty miles a day—about the pace of a meandering walk.

Is Snelling aware that such motion would have been catastrophic (if possible at all)? In a word, yes. Some young earth creationists have long suggested that the continents split apart in the days of Peleg, several hundred years after Noah’s Flood, because the biblical record of his genealogy states that “in his day the earth was divided” (others argued that this referenced the Tower of Babel and separation of languages). Snelling argues that the note in Peleg’s genealogy could not have referred to the division of the continents, because science.

That sort of dramatic movement of continental plates, Snelling writes, would have resulted in catastrophic global tsunamis that would have overwhelmed civilization, and yet there is no mention of such in the Bible. Therefore, when Noah’s Flood ended, it must have left the continents more or less where they are now.

Over the course of a single year, then, the continental plates that formed the original original supercontinent Noah lived on broke apart; collided once again with enough force to create mountains; formed a temporary second supercontinent (Pangea); broke apart again; and moved thousands of miles to their current location.

And Noah’s Ark somehow survived all that. But we can’t have the energy released by torrential rain from a vapor canopy boiling off the atmosphere now can we. Does this seem oddly selective to anyone else?

By the by, the claim now is that the mantle ripping apart vaporized much of the oceans, leading to huge masses of steam, which conveniently explains how it could rain for forty days and forty nights.

I see strong similarities between the two models. Both try to explain, scientifically, the events of Noah’s Flood. I am going to make a suggestion, however. I don’t think young earth creationists changed models because they honestly found that the vapor canopy model was not scientifically workable, because I don’t buy that the plate tectonics model is any more feasible. I think the change had far more to do with the Bible than science.

Aside from the scientific analysis, there may be a much bigger issue at play: if the canopy really was part of earth’s atmosphere, then all the stars, sun, and moon would have been created within the earth’s atmosphere.

What does Hodge mean? Well, Genesis 1 states that God created a “vault and separated the water under the vault from the water above it” and called the vault “sky.” The water above was the vapor canopy. The trouble is that later in the same passage, God creates the sun and the moon and the stars and sets them “in the vault of the sky.” If the vault is our atmosphere, with a vapor candidate separating it from outer space, then the sun and the moon and the stars are suddenly set not in outer space but in our atmosphere.

As a quick side note, Hodge writes that the “waters above” referenced in this passage “may well be much further out—if they still exist today.” Apparently, then, there was once scads of water at the edges of the universe marking the outer limits outer space. Who knew?

Quick side note—my cursory look at these passages is making me wonder whether the vapor canopy theory actually changed the translation of the Bible. The KJV refers to a “firmament” that was called “the heavens” while the NIV refers to a “vault” that was called “the sky.” Did the terminology change to fit with the vapor canopy model, which put water above the sky? At the very least, increased scientific understanding about our atmosphere and what lays beyond it shaped the way this passage is interpreted and understood.

It’s not just this passage that is problem, though. Hodge writes about other biblical passages that conflict with with a vapor canopy model as well:

There is also another problem.

Psalm 148:4 Praise Him, you heavens of heavens, And you waters above the heavens!

The psalmist wrote this in a post-Flood world in the context of other post-Flood aspects. So, it appears that the windows of heaven still exist at this point (see also 2 Kings 7:2, 19 and Malachi 3:10). And this is complemented by:

Genesis 8:2 The fountains of the deep and the windows of heaven were also stopped, and the rain from heaven was restrained.

This verse merely points out that the two sources were stopped and restrained, not necessarily done away with. These two verses suggest that the windows of heaven remained after the Flood. The canopy model would have to explain when and how they suddenly dissipated, and without any basis for this in Scripture.

So, do creationists sometimes change their minds based on scientific evidence? The jury is out on that one, because in this case young earth creationists changed from one unsustainable model to another, and they appear to have been motivated more by interpretations of various biblical passages than by anything else. 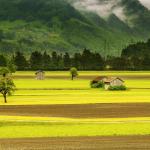 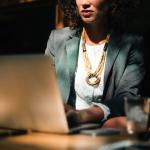