I grew up in an evangelical homeschool community where daycare was derided. Regular readers may remember that fundamentalist author Debi Pearl describes daycare as mothers abandoning their children to other people to raise. It is unsurprising, then, that my parents reacted with consternation when I, as an adult, put my own children in daycare. But there’s something about this whole conversation that won’t stop bothering me.

While perusing fundamentalist homemaker Lori Alexander’s blog looking for articles on another topic, I came upon a predictable post: Problems With Daycare for Children. Lori’s post begins as follows:

Just writing out the word “daycare” is heartbreaking to me. Aren’t babies and young children supposed to be in the care of their own mothers during the day? Don’t these children mourn being torn apart from their mothers every morning? Don’t these mothers miss not seeing their children every day five days a week?

Um, Lori? The very idea of daycare may be “heartbreaking” to you, but I didn’t experience it that way at all—and I’m the only one in the room right now that has actually had a child in daycare. I enjoyed having a breather during the day, and my children genuinely loved their daycare. There was no “mourning” being “torn apart” involved.

But I bring attention to Lori’s post for what comes next:

What are some other problems with daycare? Let’s examine a few:

First, they cause a MASS spread of illnesses causing parents lost sleep, lost work, taxpayer money for the heathcare provided, and most importantly, a constantly uncomfortably sick child. From the article: “One of the things I found most challenging was that day care seemed to be like a petri dish for bacterial and viral infections. I was warned by other working moms to brace myself for the ‘day care funk.’” No, thank you! I encourage mothers to not even have to think about the ‘day care funk’ by not putting their children into daycare in the first place. A child who is cared for at home by their mother has a much better chance of being healthy and having a healthy immune system which fights illnesses and disease.

My mother used to say the same thing—that parents should not send their children to daycare because children who go to daycare are constantly sick—and I’ll tell you exactly why this gets my dander up. It’s because my mother used to have chickenpox parties. My mother, like Lori Alexander, was all about building up immune systems “naturally.” This meant contracting diseases to build up immunities.

Except for daycare, somehow.

Why is daycare this an exception? If building your immune system requires getting sick and building up antibodies—and vaccines are bad because they short-circuit this—how in the blazes is daycare anything but a good thing? The logic does not follow, at all—and I find that maddening. At least be consistent?

Now, did my children get sick a lot after I put them in daycare? Yes. Yes, they did. Was this hard? Yes, it was! But you know what? My kids are in grade school now, and they almost never get sick. In fact, they get sick far less than I remember my siblings and I getting sick at their age. My mother had a whole system set up for us when I was a kid, where one room was transformed into “quarantine” for the sick. (Even so, we would pass it from one to another.) I don’t have a system, because my kids almost never get sick.

Now, yes, this is anecdotal. I would never suggest that my kids’ experience was universal, or the norm, absent external evidence. And after reading Alexander’s post I was curious. Do we have research on this question? Do we know how daycare affect children’s immune systems? It turns out we do have research, and it does support my experience. Kids in daycare get sick more than kids not in daycare, temporarily, but they get sick less than kids who didn’t attend daycare once both groups are in school.

Here’s a description of a Canadian study published in 2010:

Babies who attend large-group child-care centers before they are 2 ½ years of age do get more respiratory and ear infections than those cared for at home, but they are less likely to come down with these ailments once they start elementary school, according to the study.

“Children have infections at the time they initiate large-group activities, whether they do it earlier or later,” says study author Sylvana M. Côté, Ph.D., of Ste-Justine Hospital and the University of Montreal, Quebec, in an email. “I argue earlier is better to have infections because then kids do not miss school at a crucial time — when learning to read and write.”

The researchers looked at 1,238 Canadian families with babies born in 1998 and followed the children from the age of 5 months to 8 years.

There are other studies, too.

A new Dutch study puts some empirical rigor to the Carlin school of child-rearing. Researchers tracked the incidence of acute gastroenteritis (a common stomach flu also known as AGE) in 2,200 children in the city of Utrecht over their first six years of life, 83 percent of whom started day care before they turned 1 year old. The study found that while the incidence rate of AGE was similar for the kids who attended day care and those who didn’t, the timing was different: The day-care-goers (and their parents) were more likely to suffer through AGE’s vomiting, feverish, diarrhea-filled course during their first two years of life, and less likely to get it afterward.

Here’s a description of a 2002 study by the Arizona College of Medicine, which also references the Canadian study mentioned above:

The notion that children in daycare get sick more often when they’re young but benefit from improved immunity later isn’t just a theory; there’s ample research to back it up. For example, a Canadian study published in JAMA Pediatrics revealed that kids who started group child care prior to age two-and-a-half contracted fewer respiratory and ear infections between ages five to eight compared to those who had not been in daycare. Researchers from the University of Arizona College of Medicine found that the protection might last even longer. In their study, children who had attended daycare as toddlers contracted fewer colds all the way up to age 13.

I’m not going to take this any further than the research merits—the last study above found that the effect wore off by age 13, suggesting that this is simply a question of who gets sick when—kids in daycare don’t end up with a permanent benefit. Both those who do and do not attend daycare build their immune systems through exposure to other children, whether at an earlier or a later age. One is not better than the other.

I am also aware that Alexander, like my mother, is an advocate of homeschooling. To my knowledge, there is no existing research on how often children who are homeschooled get sick compared to their peers. However, the overall point is the same—keeping children away from large groups of their peers may temporarily delay their exposure to contagion, but no one can avoid that forever.

Besides, if my experience is any indicator, homeschooled children who are out in the community—as we were—will get sick regardless of their lack of school attendance.

Where does this leave us? It leaves us here: crunchy conservatives who deride daycare on the grounds that kids who attend daycare get sick more than other children are both ignorant of the research (which suggests that all daycare changes is when kids will get sick, not whether kids will get sick) and highly disingenuous (this is probably the moment to mention chickenpox parties again).

So, Lori: If you’re against sending children to daycare, fine. That’s your prerogative. But at least be accurate and consistent in your arguments, okay? Okay. Good talk. 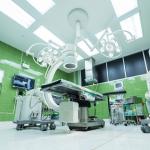 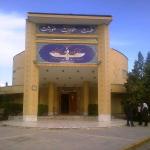 Nonreligious
Lindsey Graham: There Is Only a Place for...
Love, Joy, Feminism
TRENDING AT PATHEOS Nonreligious