Why You Should NOT Choose Operation Christmas Child

As a child, I participated in Operation Christmas Child every year. We would go to Walmart and pick out small baby dolls, crayons, toothpaste, hair bows, matchbox cars, and so on, and pile them all into a shoebox sized box. I loved imagining the smile these gifts would put on the face of a child living across the globe—a child who otherwise would not have access to Christmas. Today, however, my children and I do not participate in Operation Christmas Child.

One reason we do not participate in Operation Christmas Child is perhaps obvious: The ministry was designed as means to evangelize children. While I grew up in an evangelical Christian home, I am no longer religious, and I will not participate in a ministry that uses the offer of material goods to convert underprivileged populations to another religion. I prefer to support ministries that don’t have strings attached—ones that do good because it is the right thing to do.

One problem is simple: Even as a child, it was clear to me that some shoeboxes contained much better quality gifts than others. Some people spent a great deal of money buying things for even one box; others put in things from around the house, figuring that anything was better than nothing. I knew that some children, when opening their boxes, would receive much better gifts than others. This seemed unfair. (This is an issue acknowledged by those involved in distribution.)

But this is perhaps the least of the problems associated with this model. The Operation Christmas Child model assumes that children in Africa, or East Asia, or South America, want and need the same sorts of gifts American families will pick out—the sorts of gifts I picked out as a child. Due to cultural differences, however, this is often not the case.

A woman working at a Kenya-based nonprofit put it like this:

“Toys don’t play as large of a role in East African culture as it does ours, so there really isn’t any need to send them by the container full, because the actual result is comically anticlimactic: African kids trying to figure out what to do with American toys, and then adult African men trying to teach them what to do with them… Incorrectly! And don’t even get me started on the hair bows and headbands!”

See more on this here.

And then there’s the fact that different parts of the world have vastly different climates, but you don’t get to choose where your shoebox will go (nor does Operation Christmas Child sort boxes by contents). The result can be comical. When I was a child we used to put socks in our shoeboxes, and some people include winter items like scarves. In 2015, Judy Wu Dominick, herself a Christian, included this problem in her list of reasons for opposing Operation Christmas Child:

When I first read some of Dominick’s criticisms several years ago I was gobsmacked. I had never stopped to think about how far the $20 I spent filling each of those shoeboxes 20 years ago would go, in many of the recipient countries. Why not give these children’s parents $20 to purchase gifts for them from local shops? Or to pay for school tuition, or for food, or other things they might need more than gifts (our consumerist marriage of gift giving and showing love is not as universal as we may think). As an added benefit, that money would be injected into to the local economy, helping others as well.

Do you know how supporters of Operation Christmas Child defend the ministry against these criticisms? Like this:

The power of OCC is the connection that the giver feels to the child receiving the shoebox. For many families in the West, OCC provides a clear and tangible opportunity to help their children think of others first in the face of Christmas traditions that can be very selfish. OCC creates a connection between people. When someone places an item in a box they know that an individual child will receive that gift. That is a significant difference as opposed to just writing a cheque. Sending money is certainly more efficient, but the power of OCC is the human connection. Often, the human connection is lost when it’s just money changing hands.

If this in fact is the argument—that Operation Christmas Child is primarily about making Western children feel connected to underprivileged children in developing countries—the ministry needs to be upfront about this, and they’re not. Instead, the market the ministry as a way to help poor children in developing country. Besides, whether our children in the West feel a “connection” should not take precedence over actually helping people. After all, what message does that send to our children? That it’s all about them? That charitable giving should be about making them feel good?

It’s not as though Operation Christmas Child is the only way to build a feeling of connection. When I was a child, my family also participated in Heifer International, and I found that just as meaningful—in part because of the discussion of effective altruism that it generated. Those conversations about the most effective ways to help people affected me profoundly—and we still received a catalogue of giving options to look through and choose. There are lots of other charities that offer similar opportunities as well.

Many parents like to engage in charitable giving with their children during the Christmas season. This is an excellent idea! But if this is you, you will have your highest impact on your kids and on the world by sitting down with them to research the impact of various charities. If you choose one that you feel doesn’t give a lot of individual connection, hit the library for books on that country (UNICEF has a great book on children around the world), or volunteer in-person at a local charity.

Your children will be better for it—and so will the children your family helps. 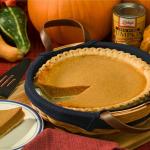 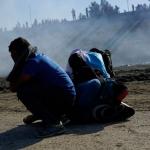