Doug Wilson is busy warning that the Presbyterian Church of America (PCA) is headed down the road to accepting gay and lesbian identities. Wilson does not belong to the PCA himself, but he does, like the PCA, belong to the “Reformed” tradition of American Protestantism.

Wilson’s core argument is as follows:

So here it is. If you are in the PCA, barring a miracle from heaven, your denomination is finished. You demonstrated first in the FV brawl [a theological controversy that wracked the PCA in the oughts] that you knew how to fight, and are demonstrating now, when the threat is orders of magnitude greater, that you can’t be bothered. There is therefore no excuse.

Wilson is referencing the Revoice conference, which was hosted by a PCA church this past summer and featured PCA speakers. The conferenced focused on LGBT identities. Wilson argues that the Revoice conference was “a vanguard move” and “an incursion into the world of the PCA to find out how hard—or soft as the case may be—the defenses were.”

The organizers of Revoice hold that same-sex sexual activity is sinful—as is the desire for such activity. The advocate celibacy for people with same-sex attraction. Their innovation is affirming LGBT identity and encouraging churches to welcome LGBT Christians. Revoice describes itself as follows:

Supporting, encouraging, and empowering gay, lesbian, same-sex-attracted, and other gender and sexual minority Christians so they can flourish while observing the historic, Christian doctrine of marriage and sexuality.

This is not okay with Wilson. “Behind those initial forays by technically-celibate Christiany speakers are the massed armies of the secular world,” he writes. The problem, for Wilson and conservative members of the PCA, is that Revoice holds individuals can both adhere to historic Christianity and embrace gay and lesbian identities, provided they remain celibate. Conservatives tend to hold that one is either gay, or cured of their homosexual desires. One cannot be both gay, and celibate and Christian.

Wilson has in the past stated that in addition to offering execution for LGBT individuals, the Bible allows for them to be exiled. He has also said a whole lot of other horrific, bigoted things. Wilson condemning the PCA because some members of the PCA have begun to argue that churches should accept and welcome celibate gay Christians is not newsworthy.

It’s this bit that I find odd. When discussing the future of the PCA—and whether the PCA will have the moral integrity to keep hating gay people—Wilson offers himself as a “litmus test”:

I’ve argued time and again that evangelicals need to stop listening to Wilson. It’s bizarre to me that so many evangelicals see him as some sort of champion theologian, given that he—well. Wilson know what he did.

“Yeah, well, we would have been willing to listen to some of your insights if you had not gone off on that southern slavery jag. You’re the one who wrecked it.”

In 1997, Wilson published a booklet defending antebellum slavery as a time of unparalleled racial harmony, and five years later he followed that up with a conference defending his ideas, all the while cavorting with white supremacists and white separatists in the League of the South. If Wilson feels evangelicals actually have stopped listening to him, I’m glad.

Wilson, of course, is unapologetic.

“The fight about southern slavery was not an apologetic for slavery at all. It was an apologetic for the plain teaching of the Bible. And we were fighting that fight, decades ago, back in the nineties, because we saw where they were placing the fulcrum, and what lever they were going to use. We saw what sexual direction the rock was going to flip. And everything is unfolding just as we predicted. You should have listened then also.”

Or, in other words, the fight about southern slavery was an apologetic for slavery because the plain teaching of the Bible doesn’t condemn slavery. “I wasn’t defending slavery because I love slavery!” Wilson says. “I was defending it because it’s in the Bible!” Wilson’s argument is that if one says that slavery was wrong, unequivocally morally wrong, they are throwing out the Bible’s teachings on slavery and must needs throw out the Bible’s teachings on other issues as well, like homosexuality.

He finishes his piece by restating this one last time:

Either believe the Bible, all of it, or just cut to the chase and call yourself a liberal. And once you are a liberal, there will be absolutely no remaining principle of resistance when the LGBTQ plussers are speaking as confidently as all dammit at the microphones of your General Assemblies.

Just to make sure you’re reading that right, when Wilson says believe the Bible he’s saying it to back up his defense of antebellum slavery as a time of racial harmony. (Which is curious, because I don’t actually remember the Bible covering antebellum slavery, or U.S. history at all.)

Can we return to Wilson’s hubris, though? Remember, he wrote this: 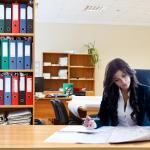 November 19, 2018
Was the Proverbs 31 Woman Her Family's Breadwinner?
Next Post 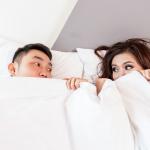