In a recent posting by Debi Pearl of No Greater Joy, a fundamentalist ministry implicated in the child abuse deaths of three children, Debi explains to young mothers how to get their children to sit still in church. They key, she said, was “sitting practice.” I found myself immediately concerned.

A big event in our family’s life was attending church meetings. We preferred to sit on the front row, right in the middle of the action. We felt it would be easiest for our children (and us, if we’re being honest) to pay attention and get something out of it if we were right up front. So that’s where we always sat, and we never had to fight anyone for the front pew. But it became apparent very quickly that we would need to teach our kids to sit still and be quiet. My husband had the great idea to have sitting practice at home.

Quick note: the Pearls attended churches that did not believe in Sunday school or children’s church, and many of their followers do as well. I grew up in a family that followed the Pearls’ teachings; we actually attended a church that did have Sunday school, but my parents, based on what they heard from the Pearls and others, had us children sit with them in “big church” anyway, through the entire service.

We’ll come back to my experience in a moment. Before we do, let’s learn what Debi means by “sitting practice.”

When we began this training, we had four little ones ranging in age from 1 to 6 years old. I would put on a preaching tape (this was in the olden days when we used cassette tapes – Google that for an explanation) and line the children up on the couch, with the youngest on my lap. The first day, I set a timer for two minutes and told the children they were to sit still and listen until it went off. They did not have toys or coloring books, and they were not to talk to touch each other. Nothing to occupy their minds or hands. The goal was to teach them self-control in increasing increments.

Be sure to begin with a time that is so short the children will assuredly be successful. Praise them and then let them go play. The next day, increase the time to two minutes and thirty seconds. Add time very gradually until over the course of a month or two, they are able to sit still and be quiet for as long as a normal sermon at your church is – 30 to 40 minutes or so.

Despite dispensing parenting advice left and right, Debi has never been big on understanding child development. This comes across very clearly here. Young children are not supposed to sit still. They’re not wired that way! They need to be able to wiggle, to move, and to explore their world.

The odd thing is that this is the same crowd that is likely completely opposed to technology use, such as tablets, for young children. They would probably argue that technology stunts children’s natural creative development and brain growth. And yet they don’t get that making children sit unnaturally still for long periods of time—through progressively lengthening training—might do exactly that.

But there was something else that was bothering me about the Debi’s recent post—something very different. I don’t remember my parents doing “sitting practice” with us when we were children. I do remember something different, however—something that made me want to dig further.

How did my parents get us to sit still through sermons? Once we could read and write, we were given pads of paper for taking notes during the sermon. This was helpful, because in addition to taking notes you could doodle. Too much and that might get noticed—if you didn’t have actual sermon notes on your pad, there would be questions—but there was nothing wrong with turning your letters into animals.

For very small children, though, things were somewhat different. They were expected to sit still on one of our parents’ laps—and if they didn’t, they got swatted. Debi didn’t mention spanking or the rod at all in her recent post on “sitting practice.” That is what I found odd. Debi’s recent piece makes it sound as though the rod is not involved in getting kids to sit still. Did my parents go rogue on this?

I found an article on “sitting practice” that was published on the No Greater Joy website in 2000, and it’s somewhat, shall we say, different.

Set up a training session each day, duplicating as closely as possible the church service. Sit in uncomfortable chairs and play some hymns on the stereo. Then play teaching or preaching tapes while the family sits quietly and listens. Or you can sit beside him and read the Bible in a monotone voice. Better yet, if you don’t have the electronic media and you are able to induce your spouse to assist you, let your husband pretend he is the preacher and carry on for a little while, saying nothing interesting. [Mike wrote the above line, not me.] Keep your switch handy, but not visible during this session. Speak in a whisper or use sign language as you would in church. If the child offends at a level that would be inappropriate in church, then swat him while making your sign language or while whispering your correction.

He needs to know you are not mad at him; you are helping him learn to do a new thing. The first day, he may feel very mistreated and be unhappy. For that reason, you may want to keep your first sessions rather short, and build up to one hour. As the days progress, he will slowly figure out what is required of him and he will get more content. If you can’t get him to sit still at home during these sessions, then don’t take him in public where you will upset others.

Is Debi trying to sanitize her teachings in her more recent posts, due to the widespread criticism she and her husband received after the deaths of Hana Williams and Lydia Schatz? It’s certainly possible, and that possibility itself is enough to draw my attention. The problem is that without any public statement or any withdrawal of past teachings, such adjustment is completely meaningless.

It’s not like they’ve taken their past teachings out of print. They haven’t.

Besides, the swatting is not the key point here—young children are not wired to sit still for extended periods of time even without having their silence coerced with a switch. Young children crave movement, touch, exploration. Debi does not care. For Debi, children should be convenient. Children should fit themselves to the adult world, and not the other way around. “Child-centered” becomes a bad word.

Of course, Debi isn’t the only one to approach parenting like this—making it centered around convenience and around making children fit into adult structures, rather than changing our expectations or children’s surroundings based on their developmental level and needs. Wherever this happens, it’s a problem.

Debi simply takes these impulses to the extreme.

Let’s end on a slightly more positive moment. For some years, I attended a Unitarian Universalist church with my young children. This church had children’s church, which took place during the sermon; the children stayed in the sanctuary with the adults during the beginning of the service, which primarily consisted of music. And you know what? My younger child still couldn’t stay still. He danced in the aisle. He walked toward the front and stood and watched the choir. He moved around, and no one cared.

This was strange enough to me at the time that I remember being moved by it. People didn’t look askance at my two-year-old. They didn’t tell me to keep him in the pew. They smiled at him. They laughed as he danced. They understood that he was little—that he needed to move—and they enjoyed him. It was one of those small ways that they strove to make adult spaces more accessible to children. And it worked. 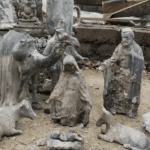 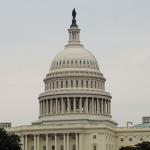 January 4, 2019 Forbid Them Not: The Tricksy Ambassador
Recent Comments
0 | Leave a Comment
Browse Our Archives
get the latest from
Nonreligious
Sign up for our newsletter
POPULAR AT PATHEOS Nonreligious
1

Nonreligious
This Isn't a Culture War, It's a Pandemic
Love, Joy, Feminism
TRENDING AT PATHEOS Nonreligious