Belief that Premarital Sex Is Harmful Is a Self-Fulfilling Prophesy

Blogger Lori Alexander recently posted an article titled Premarital Sex is SO Detrimental to Marriage. I was curious to see how she backed this claim up. Not very effectively, as it turns out.

One man posted this question on his Facebook wall: “Should a wife have sex with her husband even when she is not in the mood?”

I answered, “Yes, because a wife who loves the Lord and His ways certainly will, since she is not led by her moods or emotions but by the perfect Word of God.”

This is unsurprising, for Lori. Notice how upside down things become in this exchange, though:

A woman responded to me, “Lori Alexander, really? You do realize that a woman is a human being in her own right and her body hers to do with as she wishes. No one has the right to dictate what a woman does with her body. You touch me without my permission and you will lose your teeth. I’m nobody’s possession or toy. I decide what happens to my body. If I’m not in the mood, you don’t get to touch me, period. You weak woman.”

Actually, it’s a strong woman who isn’t being led by her moods and emotions but instead is living in obedience to God’s command to not deprive her husband sexually. This takes strength whereas doing as you please takes no strength at all.

Consider how backward this is. Lori argues that putting up with sex you don’t want takes strength. Therefore, she claims, a woman who always submits to her husband sexually and lets him do what he wants with her body whether or not she wants it is the true “strong woman.” But this logic, though, abused women are the strongest women of all. By this logic, trafficked women are “strong.” This is bizarro land.

We still haven’t gotten to the promised subject of Lori’s post, though. Recall that her headline was Premarital Sex is SO Detrimental to Marriage. Let’s keep going to find her evidence for this titular claim:

Why do women act so profoundly disgusted at the thought of giving themselves freely to their husbands sexually even if they’re not in the mood? One woman gave a great reason and is a good warning to all unmarried, young women.

“My thought is that most, if not all, women with this woman’s mindset comes from a background of regular premarital sex, where they have been used by men for sex (which in my mind includes all sexual activity outside of marriage). This repeated ‘use’ of a woman (the sex she gives freely, of course) hardens her heart against men. She feels she’s ‘putting herself out there’ in relationship after relationship, only to have it end one way or another. This creates a huge bitterness in her heart. In her mind, she may not be able to control the relationship, but she can control her body and who does what with it.

What in the world? This is a good reminder that the way I view sex is completely at odds with the way Lori and her followers view it, if nothing else. You can only classify all sexual activity outside of marriage as de facto involving women being “used by men for sex” if you see sex as something women give and men take, and not as something that is mutually enjoyable, or mutually desired. In the real world (which happens to be where I live), women want sex too.

Lori’s friend’s argument, then, is that women who have sex outside of marriage become so accustomed to being used by men for sex that, once married, they decides they will no longer be used for sex, and assert their right to say no. There is a certain logic to this. There are women who have relationships with men who treat them as objects, and if these women later learn to stand up for themselves and assure their rights, more power to them.

“And certainly, if you are not following the word of God and what the Bible says about ‘the two becoming one flesh,’ the idea of giving yourself freely to your husband even when you’re ‘not in the mood’ sounds incredibly outlandish and almost like sexual slavery.

“I can tell you from personal experience of becoming sexually active at an embarrassingly young age, that even though I know exactly what the Bible says and agree with it, I struggle DEEPLY with submitting to my husband sexually. Having a history of premarital sex is SO DETRIMENTAL to a marriage. The baggage of shame, hurt, and self-disgust is so hard to shake. I know the Lord has forgiven my past, but I am personally still so disgusted by it. It is very difficult to give myself freely to my husband.

Wait wait. I have questions.

Lori’s friend does not clarify which of the above groups she is in. Does she feel shame and disgust around sex because she was abused, perhaps as a child, or perhaps by an abusive boyfriend who didn’t listen to her boundaries? Or were her “embarrassingly young” sexual encounters consensual, resulting in feelings of shame and disgust when combined with her current (or longstanding) belief that premarital sex is wrong, sinful, and even perverted?

It doesn’t actually matter where Lori’s friend falls, of course. What matters is that she needs help with her sexual baggage, not this. Not being told that she must “give herself freely” to her husband no matter her feelings.

The problem is that Lori decides to universalize from her experience to everyone else’s. She claims that everyone who has premarital sex is going to experience what she does.

“My heart shatters in the face of today’s promiscuity among women young and old. I KNOW the path they are headed down; I’ve lived it. I want to shout my story from the rooftops in the hopes of halting others in their tracks and redirecting their attention to our loving Heavenly Father, who will love them more deeply and unconditionally than any man on earth is capable of doing.”

You see what I’m saying? This is nonsense. I know lots of people who had premarital sex who don’t experience any negative consequences from it today, whether married or single. I’m sorry Lori’s friend has sexual baggage. She needs to go to therapy to work through it, though, and stop projecting her experience onto everyone else.

From what I have seen, living in sin makes people very bitter and angry, whereas living in obedience to the Lord brings joy. It’s your choice, young women. Do you want to live as you please, suffer the consequences, and have joy stolen from you or do you want to obey the Lord and be full of joy? Of course, there is forgiveness for all sin and His grace covers all who believe, but it’s wise to live according to God’s will from a young age and walk in the paths of righteousness.

You know what? People would probably seem less “bitter and angry” to Lori if she would stop telling them to obey their husbands without question, and to submit themselves sexually to their husbands. Telling people to do things like this tends to make them angry.

And that’s it. That’s the end of Lori’s post. She never offers any actual evidence to back up her claim that premarital sex is detrimental to marriage.

In other words, it’s a self fulfilling prophesy. If you believe premarital sex is sin and damaging, don’t do it. If you do, you’ll struggle with guilt and yes, your marriage will suffer. If you don’t believe premarital sex is wrong, in contrast, carry on! You won’t have to worry about guilt or unmet expectations. Don’t expect to see Lori Alexander admit this, though. 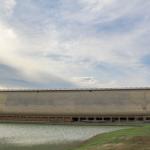 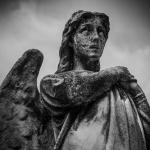 April 4, 2019 Did God flood the world to kill angel/human hybrids?
Recent Comments
0 | Leave a Comment
Browse Our Archives
Follow Us!