How Did Judas Die? Why Evangelicals Seek to Explain Away Contradictions.

Answers in Genesis has begun a new series titled “Demolishing Supposed Bible Contradictions.” They are out with their first volume: How Did Judas Die? And let me tell you, I am underwhelmed.

To their credit, they begin by citing the two contradictory passages:

Matthew 27:5
Then he threw down the pieces of silver in the temple and departed, and went and hanged himself.

Acts 1:18
Now this man purchased a field with the wages of iniquity; and falling headlong he burst open in the middle and all his entrails gushed out.

This seems like a pretty open and shut contradiction. Each passage tells a completely different story. You cannot read the second one and come away thinking Judas hung himself. It neither says nor suggests that.

Here’s what Answers in Genesis says:

Gruesome as it is, Judas’ dead body hung in the hot sun of Jerusalem, and the bacteria inside his body would have been actively breaking down tissues and cells. A byproduct of bacterial metabolism is often gas. The pressure created by the gas forces fluid out of the cells and tissues and into the body cavities. The body becomes bloated as a result. In addition, tissue decomposition occurs compromising the integrity of the skin. Judas’ body was similar to an overinflated balloon: as he hit the ground (due to the branch he hung on or the rope itself breaking), the skin easily broke, and he burst open with his internal organs spilling out.

The branch or rope breaking is unlikely to result in Judas’ body hitting the ground headlong.

I’m reminded of something Bart Ehrman has written about the gospels—when you put, say, the stories of Jesus’ birth as told in Luke and Mark together, you create a story entirely different from either of the two almost totally different stories. Crucially, you create something neither of these books authors actually wrote.

Answers in Genesis is doing the exact same thing here. Putting the two stories together—Judas hung himself in a field, and then after he was dead his rotting corpse fell headlong (somehow?) and his guts burst open—you create something completely different, something neither story actually says.

How does Answers in Genesis explain this?

Some people have wrongly assumed that Matthew and Luke (the author of Acts) are contradictory in their account of Judas’ death. Since the Bible is inerrant Judas cannot have died by hanging and died by falling and bursting open. Rather they are two different viewpoints of the same event. For example, if I saw a car hit a pedestrian, I might simply say that the pedestrian died because he was hit by the car. The coroner who came on the scene later but did not actually see the accident might give a graphic description of the injuries to the pedestrian. Both the coroner and I are describing the same event just different aspects of it.

Matthew tells us that Judas died by hanging (death is inferred from the passage). Luke, being a doctor, gives us a graphic description of what occurred following the hanging.

Luke’s passage is absolutely not a clinical description of a hanging. Sure, after a hanging a body can rot and then fall and burst open (but probably not headlong). But what’s of interest here is not what happened after Judas was dead. It’s that Judas died. If he died by hanging, it would be more than a little bit odd to state that he died by falling headlong and bursting open, even if that did happen some days (or weeks) later.

You may also be wondering about another contradiction. In Matthew, Judas throws the money on the temple floor and leaves it. In Acts he uses it to buy a field. What gives? Answers in Genesis doesn’t discuss this contradiction, presumably because they think it’s solved by this bit in Matthew a few verses later:

The chief priests picked up the coins and said, “It is against the law to put this into the treasury, since it is blood money.” So they decided to use the money to buy the potter’s field as a burial place for foreigners. That is why it has been called the Field of Blood to this day.

Here’s the thing, though: in Matthew, Judas goes out and hangs himself, and then the chief priests decide to use the money to buy a field. Judas does not hang himself in this field.

Interestingly, the fields in the two passages are identified as being the same field. See this, from Acts:

Everyone in Jerusalem heard about this [Judas falling and bursting], so they called that field in their language Akeldama, that is, Field of Blood.

It sounds like there was a field in Jerusalem called the Field of Blood. By the time Mark and Acts were written down, several generations after the events they describe, stories had been circulating that tied a field in or around Jerusalem called the Field of Blood to Judas’ death. The story of how Judas died was told in various ways, however, and the authors of Acts and Matthew had heard different versions. In these stories, the field was also attached to the money Judas had received to betray Jesus—but here, too, there were multiple versions of how this happened, and the authors of Acts and Matthew each heard a different one.

This all makes sense. It’s how oral storytelling works. It’s how myth works. We see this same process at work in the composition of other ancient works. The underlying points that everyone agreed on were that Judas died a grim death shortly after betraying Jesus, and that the silver he received betraying Jesus was used to buy a field that later came to be called the Field of Blood. Outside of that, the details are somewhat unclear.

This is the kind of thing historians and archaeologists deal in all the time. It’s how these fields function. This is not okay with evangelical Christians like those at Answers in Genesis, however, because they don’t see the Bible as an ordinary work of history, or set of religious mythology. They believe that the Bible is divinely inspired, infallible, and inerrant in every detail. As a result, they are compelled to find ways to explain away completely natural (and understandable) contradictions like the exact details of Judas’ life.

Accepting the details in passages like this as actual contradictions would require evangelicals to fundamentally rethink the way they view the Bible. And that kind of rethink is uncomfortable. It’s easier to put your fingers in your ears and find ways to explain away the obvious. And so, that’s what many—nay, most—of them do.

And that’s what’s going on here. 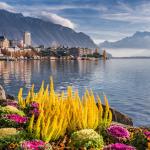 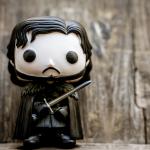 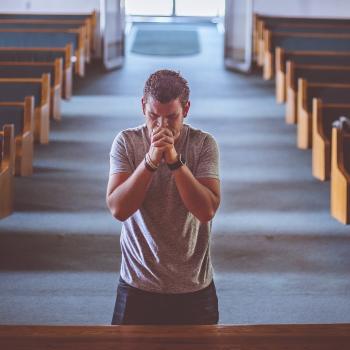