The Sins of the Parents (and Voucher Schools)

In a recorded conversation between [Summer] Grant and administrator pastor John Wilson, he told Grant she violated the school’s covenant by having kids with different fathers and living with her significant other without being married.

I’m reminded of a passage in the Old Testament that some conservative evangelicals (particularly those who lean in a fundamentalist direction) take way too literally:

You shall not bow down to them or worship them; for I, the Lord your God, am a jealous God, punishing the children for the sin of the parents to the third and fourth generation of those who hate me.

Bill Gothard and other fundamentalist leaders have used this passage to argue that parents should not adopt children from broken homes, because Lord knows what sins those children are being punished for. Summer Grant’s children, after all, weren’t expelled because of anything they did. They were by all accounts model students. Instead, they were expelled because their mother isn’t married.

It should be noted that even John Piper argues that Exodus 20:5 only means that children who are raised in troubled homes are likely to struggle with various sins themselves—not that there is some sort of supernatural punishing or prolonging of sins. And maybe that’s all the administrator at Chapel Hill Christian School meant—that being raised in a “sinful” home would likely rub off on the children. But isn’t that all the more reason to keep the girls in the school, to provide good examples to them and encourage a better path forward for them?

Perhaps the school is trying to act in the place of God, punishing the children for their parents’ sin as stated in Exodus 20:5. For his part, the administrator argues that the “dismissal was necessary in order to protect the safety of our school children and their families.” Summer Grant’s children? Their good has to be sacrificed for the good of the other students.

For the record, I think there’s more going on here. This is Summer Grant and her children: 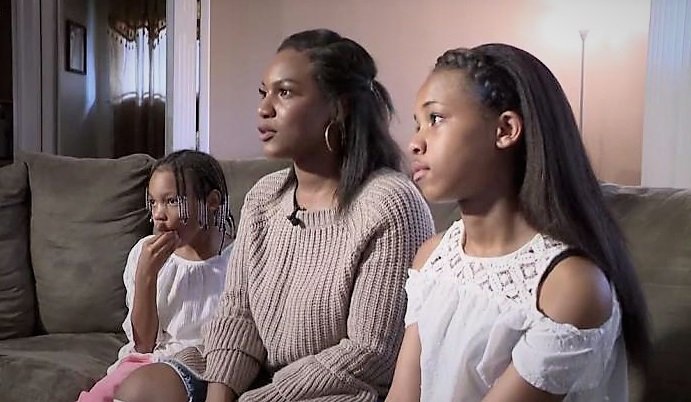 While Chapel Hill Christian School does appear to have other students of color—based on pictures of students on its website—its administrator is white and its staff is almost entirely white. And, last week, a school bus driver called the police on Summer Grant, in front of her children.

She says her kids have never been trouble. She says they’re great students, showing us certificates and awards they’ve won. One of the only times they were trouble was after a misunderstanding with their bus driver last week. The bus driver wanted her daughter to sit up in the front because he believed one of them wasn’t listening. Grant says it was an accident as her one of her daughters was talking to a friend.

Uh huh. Sure. Grant also says Wilson knew about her marital situation for years before he suddenly decided to expel her daughters. Chapel Hill Christian School may enroll black children, but that doesn’t mean its employees aren’t racist. Based on the timing, I suspect that Grant’s marital status was an excuse, that the school bus incident was the real reason for their expulsion, and that the school saw her children as expendable.

You know what public schools can’t do? They can’t expel children at the drop of a hat, for literally any reason they want. You know who can do that? Private Christian schools. And you know what else?

Grant says the timing couldn’t be worse. She says there’s about 30 days left of school. She says she can’t transfer them to a public school because her kids would lose a scholarship, which allowed them to attend the private school.

And by scholarship, she means voucher. The taxpayers were paying for her children to attend Chapel Hill Christian School. You know, the school that just expelled her children because—they said—she’s had children with different fathers and is not married. (Or because they were angry she had the nerve to stand up to a bus driver she believed was treating her children unfairly, you take your pick.)

I sincerely hope that Grant is able to find a new private school for her children. Ideally, this would be a private school that puts her children first, rather than judging them by their mother’s marital status, or engaging in racist tropes and stereotyping their mother as an angry black woman at the first sign of conflict. 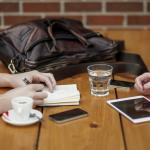 April 23, 2019
No One Asks Men to Choose between Family and Career
Next Post 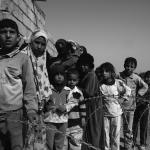