As most of you probably know by now, Rachel Held Evans died this past weekend. She had a severe reaction to medication she took for a UTI and the flu, which caused her to begin having seizures. She spent several weeks in a medically induced coma, but when they brought her out the seizures returned, causing her brain to swell.

Rachel leaves behind her her husband, Dan, and two young children, ages 3 and almost 1. And she leaves behind something else as well—a powerful legacy.

Over the past few days, I’ve watched many of my friends describe the impact Rachel had on them. Rachel didn’t have a significant impact on my own journey; by the time she published her first book in 2010, I had already left the church, and unlike Rachel, who sought to reform the church after a period of questioning, I didn’t return.

I’ll tell you what inspires me about Rachel. She had a tremendous impact on an entire generation evangelicals, but she wasn’t a professor at a theological seminary, or a pastor at a megachurch. She was just … Rachel. She made the big names within evangelicalism respond to her—and respond they did-–with a platform she built out of her own dedication and passion, without the benefit of any institutional foundation. How did she do this?

Rachel’s career reveals the power of the internet. Yes, she wrote books—but where do you think people heard about them? True, she had a speaking circuit—but the people who went to hear her already knew her name. First through her blog, and then through twitter, Rachel built a following.

Now, yes, Rachel wouldn’t have gained a following if there hadn’t been an entire generation of evangelical young people asking questions and demanding answers. But without the internet, Rachel’s message would have been significantly harder for these would-be compatriots to find.

Rachel was not alone in creating this movement within evangelicalism—she herself was quick to point people to other bloggers and activists doing similar work. But there was something about her her manner—the way she outlined issues and grappled with them and embraced questions—that drew people.

There’s a lot more I could say about Rachel. In 2015, the Washington Post called her “the most polarizing woman in evangelicalism.” She made such an impact that even Hillary Clinton tweeted condolences at her death. People listened to Rachel. She made her voice heard. She inspired so many young evangelical women.

Rachel Held Evans made a difference in the world.

I didn’t agree with Rachel on everything. She retained her faith while I let mine go; she also held some positions that I felt were still too conservative. She argued that people should wait until marriage to have sex, and believed that life begins at conception. She also, of course, said that the pursuit of holiness should not be shame-based, and that rather than working to ban abortion, those who are pro-life should work to promote contraceptive access and to support low income and unwed mothers.

But then, I was never really part of Rachel’s audience. She was writing primarily to those who who stayed in the church, those who decided to hold onto their faith. She pushed those in the pews to reevaluate, to reconsider, to shift position, even in small ways. She gave those who wanted to be in the pews but didn’t feel safe there a voice, validation, and room to work out new frameworks. There is value in that.

In this post, I want to honor Rachel for all of the good she did, and for the change she made. That’s something we do after someone dies, and it feels doubly important in these circumstances, given the untimely nature of Rachel’s death. But I would be remiss if I did not mention the Tony Jones affair—Rachel’s one big misstep.

In 2015, Rachel organized a conference with progressive evangelical writers and speakers Nadia Bolz Weber and Tony Jones. After the conference was announced, it came out that Tony’s ex-wife, Julie McMahon, had accused him of abuse. Rachel had always spoken out powerfully against abuse, so when she responded to the news of these allegations by defending Tony Jones, her followers were shocked, saddened, and angry.

The dust never truly settled on the Tony Jones affair. Rachel and Nadia did break off their collaboration with Tony, due to the controversy, and to my knowledge Rachel did not work with him again. She later apologized, but many of her followers found this apology inadequate. Some chose to accept Rachel’s apology, and to see Rachel as perhaps more human. Others have felt betrayed by Rachel ever since this incident.

But then, one of the things that has always drawn people to Rachel is her humanness. She wasn’t a pastor or a professor, a theologian or a formal church leader. She was just Rachel, one more person muddling through her faith and trying to figure things out, asking questions, looking for answers, and accepting doubt. She never pretended to have all the answers, or to have everything figured out, and that resonated with people.

Rachel’s death has left a huge hole in the evangelical reform movement. I can only hope that those she lifted up—those she inspired and offered platforms to—will be able to step into that gap and carry her message forward. 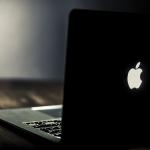 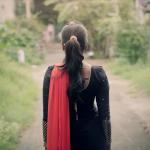 May 9, 2019 That Georgia Heartbeat Bill Is Worse Than You Think
Recent Comments
0 | Leave a Comment
Browse Our Archives
get the latest from
Nonreligious
Sign up for our newsletter
POPULAR AT PATHEOS Nonreligious
1