America’s Other Original Sin, on Slate—“Europeans didn’t just displace Native Americans—they enslaved them, and encouraged tribes to participate in the slave trade, on a scale historians are only beginning to fathom.”

Liberal Jews: Stop Trying To Prove You’re Loyal. Disloyalty Makes Us Great, on Forward—“If Jewish loyalty is conditional on Jews supporting American institutions, being pro-military and having political views within the accepted bipartisan consensus, then acceptance of American Jews is always conditional.”

To Lawmakers, Florida’s First All-Charter School District Is ‘A Success Story.’ But Is It Really? on WJCT—“Now, the only public schools left in Jefferson County are charter schools, funded with taxpayer dollars but operated by a private organization from South Florida instead of a local school board chosen by voters.”

The fake baby Instagram adoption scam, on the BBC—“When US couples want to adopt a baby they often post ads online and search social media for women pregnant with a child they aren’t planning to keep. Sometimes it works – but there are dangers. One young scammer has tricked countless couples, just for fun, by stealing the identity of a pregnant woman.” 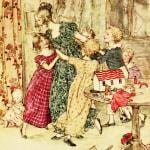 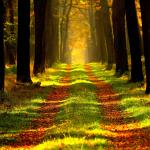 September 1, 2019 Lesbian Duplex 239: An Open Thread
Recent Comments
0 | Leave a Comment
Browse Our Archives
get the latest from
Love, Joy, Feminism
Sign up for our newsletter
POPULAR AT PATHEOS Nonreligious
1