Jeffrey Epstein’s Death, in Context, on the Atlantic—“Here, to help you evaluate that claim, are 32 short stories about in-custody deaths or near-deaths in America.”

One is Chinese. One is American. How a journalist discovered and reunited identical twins, on the Los Angeles Times—“Marsha was horrified that the baby she thought she’d rescued had in fact been stolen, and she was concerned about how her daughters, grieving their father’s death, would react.”

New York Times: Where Are The Responsible, Moderate White Supremacists? on Wonkette—“Maybe there are some in the white supremacist community who deplore violence — they’re probably the very fine people who love them some Confederate statues but were shocked, shocked to find themselves at a march organized by Nazis.”

She was an American child bride. Now, Genevieve is fighting to stop it from happening to others, on NBC News—“Forced into marriage at 15, Genevieve Meyer’s story is not uncommon in the U.S., thanks to loopholes in state and federal laws.”

An American With No Medical Training Ran Center For Malnourished Ugandan Kids. 105 Died, on NPR—“How could a young American with no medical training even contemplate caring for critically ill children in a foreign country?” 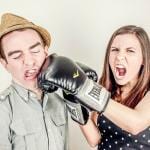 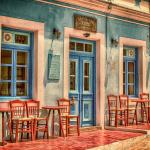 August 18, 2019 Lesbian Duplex 237: An Open Thread
Recent Comments
0 | Leave a Comment
Browse Our Archives
get the latest from
Nonreligious
Sign up for our newsletter
POPULAR AT PATHEOS Nonreligious
1