Earlier this month, a Tennessee pastor opined on the story of the Prodigal Son. Feminism. He found feminism in it. Seriously, what the heck. Here is what he said in his sermon:

I read the story, and there’s a partner missing.

I’ve looked at it every which way — I’ve turned it sideways, and I’ve looked at it backwards and read it — I mean, somewhere, there’s a parent missing. You say what you want to, but mama ain’t nowhere in this story.

That’s a disgrace, ma’am. Amen! You spend more time in the gym than you do in the kitchen, something’s wrong somewhere. Oh yeah!

I’m going to assume that he knew that there weren’t nail salons, tanning beds, or gyms when the New Testament was written. Because if not, that’s just a level of willful ignorance I can’t deal with today.

They also didn’t have women’s meetings. At least, not feminist women’s meetings. A lot of things were divided by gender back then, so it’s entirely possible that women, for example, went to the temple separately from men, maybe during separate hours. Or through a separate gate. Or not at all, what do I know! I am not an expert on this historical period in this specific area of the world.

But let’s talk about gender and parenting. Up until the last two centuries, women in many parts of the world often had little to do with raising their sons after they were old enough to tag after their fathers. And in the story about the Prodigal Son, both sons were fully grown—old enough to leave home.

The current role of mothers in our society vis a vis raising children is a new invention that is fundamentally different from most of what came before. For centuries and millennia before, women’s time was taken up primarily with the running of the household. Children were around, but mothers were not providing the sort of intensive parenting expected of mothers today. Once children were five or six, boys were expected to work with their fathers and girls were expected to assist their mothers in running the household.

Before running water, electricity, and mass consumption, running a household involved far more work than it does today. Grocery shopping had to be done every day—they didn’t have refrigerators—and laundry had to be done by hand, as did soap making, etc. In addition, households were often centers of enterprise (this includes the one in the Prodigal Son story), and this required feeding and clothing hired people as well.

Take a look at Proverbs 31. You know what’s shocking about it, from a modern perspective? The only mention of the Proverbs 31 woman’s children—the only hint that she has children at all—comes at the end, when they rise up to call her blessed. The rest of the story is about her wisdom managing the household—making purchases, engaging in commerce, buying and selling land, providing food for her servants. There is not even a mention of her engaging with her children—and yet they rise up and call her blessed.

Women were simply not expected to engage in the sort of intensive parenting expected of mothers in our society today. Further, once sons were old enough to be useful, they tended to assist the father in his work, rather than hanging around with the women, who were busy getting shit done—and by that I mean doing all the “women’s work” involved in running a household. A grown or half-grown son would have spent far more time with his father than with his mother. It’s not surprising the primary character in the parable of the Prodigal Son—the one who interacts with his wayward grown son—is the father.

Now, could the mother have been included? Sure. She would doubtless have been grief-stricken to have one of her adult sons lost to the family. Parents back then were just as attached to their children as parents today. Even if she wasn’t engaged in the sort of intensive parenting we do today, the Prodigal Son’s mother would have loved and cherished her son, and would have had a relationship with him. Why, then, is she absent?

The story of the Prodigal Son is a parable. There’s nothing in the story to suggest that Jesus was trying to make a point about those feminist Judean women who are off at the nail salon when he didn’t include the mother. People get left out of parables all the time, because parables are designed to make a specific point. There’s no need to include figures that aren’t needed to make that point.

Parables tend to be told simply, so that the point they’re making doesn’t become overcomplicated. The smaller the cast of characters the better. Listeners would not have needed to be reminded of the mother’s grief to understand the father’s. Most people understand this. When I looked up Christian commentary on this parable, several sources said that the father was the stand-in for both parents.

If Jesus had been trying to make a point about the mother, that point wouldn’t have lain undiscovered until a Tennessee pastor saw an opportunity to make a jab at the women in his congregation for getting their nails done.

You know who would have really shocked our Tennessee pastor? The Proverbs 31 parent, spending all that time buying and selling and sewing and trading and engaging in commerce, to the extent that caring for her children is such an afterthought it is not even mentioned. Huh! It’s almost like ideas about motherhood change from time to time and we shouldn’t assume our norms were true in the past! Weird how that works! 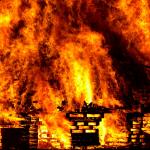 October 29, 2019
John Piper: Scare the Bejesus Out of Your Children
Next Post 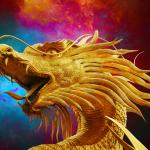 October 31, 2019 No, Dragons Were Not Dinosaurs
Recent Comments
0 | Leave a Comment
Browse Our Archives
get the latest from
Nonreligious
Sign up for our newsletter
POPULAR AT PATHEOS Nonreligious
1