The Condition of Being Enslaved

A few weeks ago, I wrote about a Christianity Today article by Louis Markos that treated white supremacist theologian Doug Wilson with kid gloves, as so many evangelicals seem want to do. (It’s baffling.)

But as I went back through some of Wilson’s writings for that post—in particular, his Southern Slavery As It Was—one thing in particular stuck out at me. The idea that the antebellum enslaved population was happy and content—as Wilson argued in his pamphlet—is predicated not only on good treatment by enslavers, but also on the enslaved population’s acceptance of and contentment with being owned.

A few months ago, I listened to a podcast about Ona Judge.

Ona Judge was Martha Washington’s personal ladies maid. By all accounts, she was treated well. It didn’t matter. In 1796, she liberated herself. Ona traveled to Vermont, where she went on to lead a long, hard life. Her husband died young, and she lived in poverty so deep she had to indenture out two of her children. Her children predeceased her, and she never had grandchildren. She lived in poverty into old age.

in 1845, an abolitionist publication interviewed Ona.

Being a waiting maid of Mrs. Washington, she was not exposed to any peculiar hardships. If asked why she did not remain in his service, she gives two reasons, first, that she wanted to be free; secondly that she understood that after the decease of her master and mistress, she was to become the property of a grand-daughter of theirs, by name of Custis, and that she was determined never to be her slave.

When asked if she is not sorry she left Washington, as she has labored so much harder since, than before, her reply is, “No, I am free, and have, I trust been made a child of God by the means.[“]

Ona’s decision to liberate herself was not based on any discontentment with how she was being treated at the time. Wilson can crow until the cows come home about how good and kind most enslavers were, and how well they treated the people they enslaved, but that wasn’t what Ona was focused on. Ona wanted to be free.

And Ona also recognized that however well she was being treated by the Washingtons, her condition as an enslaved person meant that she could be sold or gifted to another enslaver at the drop of the hat. No matter how well an enslaver treated his enslaved people, this was always in the background—even longterm slaves who were told they were “part of the family” could be sold to satisfy debts. The condition of being enslaved—of being property—created a level of insecurity that even the most generous master couldn’t eliminate.

Mind you, this whole “kind enslaver” stuff is bullshit. Power corrupts. Having that kind of power doubly corrupts. And Wilson’s claims that brutal masters were the exception to the rule is rooted in some sort of bizarre desire to prove that the South couldn’t have been a place of horrific chattel slavery because the South was Christian. And real Christian at that. Not like the North, with those meddling abolitionists and troublesome unitarians.

My point, though, is that even if you accepted the bullshit premise that the vast majority of enslavers were kind, generous masters, it literally would not matter to whether or not slavery was horrific. Why? Because the condition of being owned is intrinsically odious, regardless of the circumstances.

If the enslaved population was so happy and content, and the enslavers were so kind and generous, why did the white population resist the elimination of the institution with such ferocity? Why not simply end slavery and hire the same workers, since presumably they would want to stay? This line of thought leads to the white supremacy present in Wilson’s pamphlet—the underlying assumption of such arguments is that black people are not equipped to take care of themselves, and thus need to be taken care of by white people.

Even the idea that black people en masse would be happy and content being owned is based in white supremacy, in viewing black people as inherently different from white people, who had just fought a damn war to win their “freedom” from Great Britain.

Having their colonies’ economic activity dictated and regulated by a powerful empire was just too much for white Americans, but having their entire lives dictated by enslavers was supposed to be a-okay with black Americans? I have questions, Wilson. Questions.

Let me close with one more note. One of the most moving scenes in the original season of the Handmaid’s Tale occurs toward the beginning, when June’s credit card is shut down and all of her finances are given over to her husband—as is the case for every married woman in Gilead. June is freaking out, but her husband Luke doesn’t understand what the big deal is. He’ll still let her buy what she needs, right? So what’s the big deal?

June gets it. It wouldn’t matter if Luke approved every financial outlay June brought him. The fact that she would have to ask his permission at all was the problem. It stung. It smarted. It tore away at her basic humanity and personhood. Having that level of power started to change Luke, too. How could it not? The power dynamic between the two of them had changed. That couldn’t not affect their relationship, and interactions.

Good treatment by enslavers is a smokescreen. It’s bullshit, it’s flatly disproven when you look at historical documents, but it’s also all a farce, because it would not matter if every single enslaved person in the South were treated “well.” Even the very best treatment would not erase the condition of being enslaved. The fact that defenders of the southern “Lost Cause” think there is something to be gained by arguing that enslavers treated enslaved persons well only points to their own ingrained white supremacy. 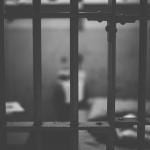 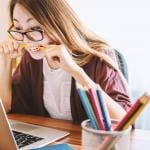 Nonreligious
Some Christians Are Using the Pandemic as an...
Love, Joy, Feminism
TRENDING AT PATHEOS Nonreligious