Forget STEM, We Need MESH, on Medium—“We lack the media literacy to filter out the propaganda peddled by the fossil fuel industry and the politicians who do their bidding. We lack the ethical grounding to weigh our long-term obligations to future generations against the short term costs of transitioning to renewable energy and rethinking current patterns of consumption and production.”

With impeachment, America’s epistemic crisis has arrived, on Vox—“Earlier in 2017, I told the story of Donald Trump and the rise of tribal epistemology. Epistemology is the branch of philosophy that has to do with knowing and coming to know things — what counts as true, what counts as evidence, how we accumulate knowledge, and the like.”

Donald Trump Has Never Explained a Mysterious $50 Million Loan. Is It Evidence of Tax Fraud? on Mother Jones—“But for years, one Trump loan has been particularly mystifying: a debt of more than $50 million that Trump claims he owes to one of his own companies. According to tax and financial experts, the loan, which Trump has never fully explained, might be part of a controversial tax avoidance scheme known as debt parking.”

The flat-Earth conspiracy is spreading around the globe. Does it hide a darker core? on CNN—“For Davidson, a born-again Christian, the most logical explanation for the conspiracy of the millennium goes like this: ‘Let’s just say there is an adversary, there is a devil, there is a Satan. His whole job would be to try to convince the world that God doesn’t exist. He’s done an incredible job convincing people with the idea that we’re just on a random speck in an infinite universe.'” 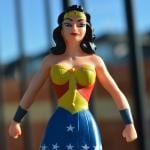 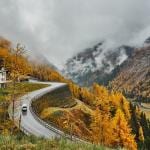 November 24, 2019 Lesbian Duplex 251: An Open Thread
Recent Comments
0 | Leave a Comment
Browse Our Archives
get the latest from
Nonreligious
Sign up for our newsletter
POPULAR AT PATHEOS Nonreligious
1

Why the Gospel Doesn't Work on...
Godless in Dixie
Related posts from Love, Joy, Feminism