I recently came upon an NPR article covering a slew of lawsuits again healthcare sharing ministry Aliera, and it’s subsidiary, Trinity. The article contained horror stories like this:

After his doctor recommended back surgery for a disk issue, Aliera and Trinity HealthShare assured Meehan the procedure didn’t require preapproval. But after the surgery, it declined to pay approximately $200,000 in medical bills, contending his back pain was a preexisting condition.

Here’s the thing, though—the lawsuits aren’t actually about this. What Aliera and Trinity did to Meehan—taking his money and then denying coverage—is perfectly legal.

Health care sharing ministries don’t have to follow the same rules as insurers, and they face no requirements to pay claims.

New Hampshire, where Meehan lives, is one of the states that has brought suit against Aliera and its subsidiary, Trinity. What exactly is it suing them for, if refusing to help Meehan pay for his back surgery was totally legal?

Three things, according to the press release:

Trinity was formed on June 27, 2018, with zero members. Federal and state law requires that health care sharing ministries be formed before December 31, 1999 and their members must have been actively sharing medical costs since then without interruption.

Trinity’s bylaws indicate that the organization adheres to a Christian expression of faith; however, its applications and policy documents only ask participants to believe in nonsectarian religious views. This statement of faith is inconsistent with the religious views purportedly held by Trinity. Trinity fails to establish that it is faith based and limit its membership to individuals who share a common set of ethical or religious beliefs.

What. This just feels … weird. The state of New Hampshire is suing Aliera because it’s not denying membership to people who don’t believe in specific Christian religious tenets.

As weird as this is, I suspect that this was another attempt to keep the lid on healthcare sharing ministries by preventing them from marketing themselves beyond the market they were in at the time the Affordable Care Act went into effect. Because, again, these ministries are not actually health insurance and can deny people coverage for any reason, but because they cost less than half of what conventional health insurance does, if you open it up, people will sign up anyway.

And then they might well end up like Meehan, with $200,000 in hospital bills they didn’t realize they’d be on the hook for. Legally. Because remember, that’s not what Aliera or Trinity did wrong.

Here’s the their violation they’re being sued for:

This whole thing is really fascinating.

In effect, federal and state regulators have struck a bizarre bargain in which they have decided to let healthcare sharing ministries sell a subpar, shitty product, without requiring them to meet the typical quality standards for this product … so long as they only sell it to Christian individuals and families.

The issue at hand is not that Aliera or Trinity scammed people. If you’re a healthcare sharing ministry, you can deny any claim you want—or refuse to cover preexisting conditions outright (and most do!). The issue at hand is that Aliera and Trinity didn’t require those purchasing their product to be Christian. Which feels rather like saying they’re only allowed to scam Christians.

Because if healthcare sharing ministries aren’t a scam, why this focus on who they’re selling to? Why would it matter? If it’s a sound product, why limit who can buy it?

(By the way, I just checked, and if you’re pregnant already when you buy Medi-Share, one of the most popular healthcare sharing ministries, your pregnancy will not be covered. This seems ironic, given that one of the ministry’s main selling points is that your money won’t go toward covering someone else’s abortion, as they claim it would if you purchased regular health insurance.)

I realize that there are people who swear by these healthcare sharing ministries. In fact, I know people who do. So let me boil my issue down to something sweet and simple.

I understand that these ministries don’t want to be required to cover, say, birth control, or abortion, or other procedures they say violate their ministry’s religious principles. But not requiring them to cover preexisting conditions, or indeed to cover any cost at all, seems like overkill. To what end?

All of this is how we end up with states suing Aliera and Trinity for marketing to non-Christians, and not for not covering members’ medical costs, because that is perfectly legal. 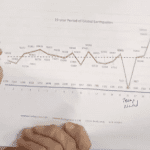 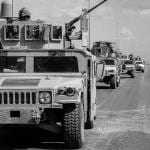 December 4, 2019 Trump's Rejection of American Hypocrisy
Recent Comments
0 | Leave a Comment
Browse Our Archives
get the latest from
Nonreligious
Sign up for our newsletter
POPULAR AT PATHEOS Nonreligious
1