This Is Not an Evangelicalism I Recognize

This Is Not an Evangelicalism I Recognize December 24, 2019 Libby Anne

I grew up in an evangelical family in the 1990s and early 2000s. My siblings and I were homeschooled. We attended a church that grew and grew until it turned into a megachurch. (My parents felt the church relied too much on praise choruses, and that we didn’t sing enough good, solid, theologically sound hymns on Sunday mornings—the church music wars were real.) My parents were politically engaged, and that meant we children were, too. Our biggest issues were abortion and gun rights, although opposing same-sex marriage took a close third.

We have received countless notes of encouragement from readers who were profoundly moved. They no longer feel alone. They have hope again. Many have told us of reading the editorial with tears in their eyes, sharing it with children who have wandered from the faith, rejoicing that at last someone was articulating what they felt in their hearts. They felt this was a watershed moment in the history of the American church—or they hoped it would prove to be. Stay strong, they told us, knowing we were about to reap the whirlwind.

On the other hand, we have heard from many readers who felt incensed and insulted. These readers felt the editorial engaged in character assassination, or maligned a broad swath of our fellow evangelicals, or revealed that we prefer the Democrats to a President who has done a lot of good for causes we all care about.

Of course, we appreciate the support and listen humbly to the criticisms. But at the end of the day, we write for a readership of One. God is our Tower. Let the whirlwind come.

The most sobering line in Dalrymple’s piece is this:

“With profound love and respect, we ask our brothers and sisters in Christ to consider whether they have given to Caesar what belongs only to God: their unconditional loyalty.”

That’s where we are. We are at a point where many evangelicals have given Donald Trump, a president who doesn’t even attend church on Sundays (something you’d think they’d care about), their unconditional loyalty.

I remember George W. Bush. I was a teenager in an evangelical community during his two terms. We liked Bush. We loved his faith-based initiatives. We believed him when he pushed for an invasion of Iraq. For us, Bush represented a return to morality and decency after the excesses of the Clinton administration. He was one of us. Fears about terrorism aside, the world felt safe with Bush at the nation’s helm. We knew we had one of our own keeping an eye on things.

But no one would have accused us of giving Bush our unconditional loyalty. I don’t think we even thought in terms of loyalty. Is that what changed? This emphasis on loyalty? It’s one of the defining characteristics of the Trump presidency—you’re either his man, which means you’ll do whatever he wants you to, or you’re the enemy. And if he scratches your back, you damn well better scratch his. It’s fundamentally transactional.

Predictably, Trump responded to Galli’s editorial by lashing out at Christianity Today, accusing the publication of disloyalty.

A far left magazine, or very “progressive,” as some would call it, which has been doing poorly and hasn’t been involved with the Billy Graham family for many years, Christianity Today, knows nothing about reading a perfect transcript of a routine phone call and would rather…..

Trump did things for evangelicals, and he expects their unconditional loyalty in return. For Trump, everything is fundamentally transactional. This for that. Quid pro quo. And if you don’t give him the loyalty and dues he expects in exchange for the things he does for you, you have betrayed him.

This is part of it, but this doesn’t fully explain what has changed. Evangelicals could respond to Trump by seeing him as a craven actor they can either strike deals with—or walk away from. Some evangelicals have approached Trump like this—they may not like him, but they like the judges he’s putting in place, so they’re willing to put up with everything else. It’s a craven embrace of power that would seem at odds with their approach to Clinton’s impeachment, when they argued that moral character was critical in our nation’s leaders, but it’s at least intelligible.

But these individuals aren’t the whirlwind Dalrymple writes about in his editorial. There’s something else going on here.

The problem is not that we as evangelicals are associated with the Trump administration’s judicial appointments or its advocacy of life, family, and religious liberty. We are happy to celebrate the positive things the administration has accomplished. The problem is that we as evangelicals are also associated with President Trump’s rampant immorality, greed, and corruption; his divisiveness and race-baiting; his cruelty and hostility to immigrants and refugees; and more. In other words, the problem is the wholeheartedness of the embrace. It is one thing to praise his accomplishments; it is another to excuse and deny his obvious misuses of power.

I am one of those radical left nonbelievers Trump so loves to deride. As a result, I don’t see Trump’s judicial appointments as a good thing—far from advocating for “life, family, and religious liberty,” Trump has sought to undermine the Affordable Care Act’s provisions for ensuring access to healthcare, and his actions have harmed LGBTQ families and youth and eroded the religious freedoms of minority groups. I am no fan of Christianity Today, or of conservative evangelicalism.

But Dalrymple gets at something important here—those evangelicals who are enraged at Christianity Today for calling out Trump’s abuses of power aren’t enraged because they think Trump’s good outweighs his bad. They’re enraged because they think he is all good. There’s a devotion to Trump present among these evangelicals that feels almost cult-like—one that can’t be explained as an open-eyed appreciation for specific policy agendas Trump has pushed forward.

This is what feels different today, when I think back and compare our present to the evangelicalism of the George W. Bush era. As evangelicals, we liked Bush, but we didn’t worship him. 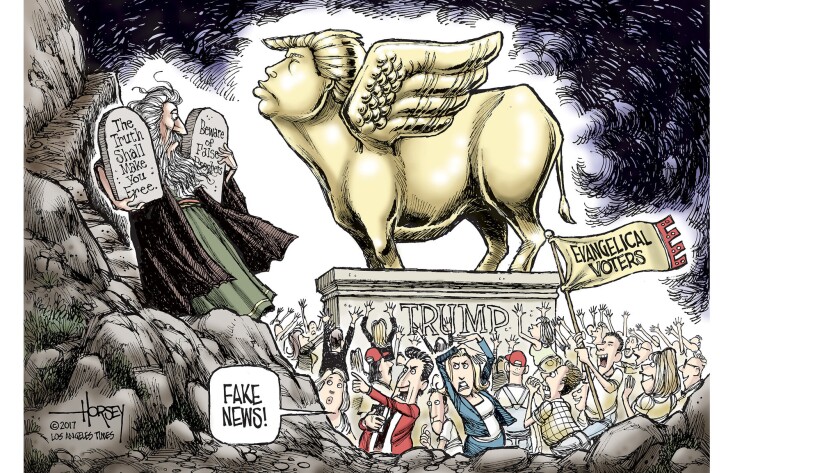 I’m not sure what happens next. This is not an evangelicalism I am familiar with. It is not an evangelicalism I recognize. Dalrymple argues that this all started before Trump, and blames “the hyper-politicization of the American church.” But the evangelical church I grew up in was extremely politicized, and I still don’t recognize this. We weren’t loyal to one man. We didn’t worship our political leaders—not like this. Something is very, very wrong. 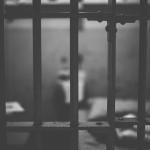 December 23, 2019
On Bevin's Pardons and Prison Abolitionism
Next Post 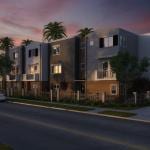 December 26, 2019 A Defense of Multi-Unit Housing
Recent Comments
0 | Leave a Comment
Browse Our Archives
get the latest from
Love, Joy, Feminism
Sign up for our newsletter
POPULAR AT PATHEOS Nonreligious
1

Sex-ed: Stupidity trumps common sense in Texas
JAMES Dobson, above, the gormless founder of the anti-gay hate group Focus...
view all Nonreligious blogs
What Are Your Thoughts?leave a comment
Copyright 2008-2020, Patheos. All rights reserved.