Inbreeding Is Disastrous, Says Scientist Who Believes in Noah’s Ark

Answers in Genesis has absolutely wild views on Neanderthals. They argue that Neanderthals, like modern humans, were descendants of Noah and his children after the Flood, which occurred around 4,500 years ago. The idea that you can start with eight humans—a man, his wife, his three sons, and their wives—and in a couple hundred years end up with two groups as genetically distinct as Neanderthals and modern humans boggles the imagination. It also runs in the face of everything we know about genetics. But that is what Answers in Genesis claims happened.

I already knew all of this when I clicked on an Answers in Genesis article by Dr. Georgia Purdom titled Neanderthals vs. Humans: Are They Different? What I wasn’t expecting is this comment on Neanderthals’ disappearance:

Inbreeding can have disastrous effects on small populations by amplifying defective genes. Maybe this is why Neanderthals and Denisovans eventually became extinct.

Well? Does inbreeding amplify defective genes, or doesn’t it? The idea that Neanderthals went extinct due to inbreeding but Noah and his wife and their sons and their sons’ wives being the only humans on earth wouldn’t have resulted in similar problems absolutely boggles the mind. This does confirm that at least some researchers at Answers in Genesis are at least aware of how genetics works, but that confirmation doesn’t make matters better.

Inbreeding can have disastrous effects on small populations by amplifying defective genes.

It is boggling that an individual who believes that all humans are descended from one breeding pair, twice, could write a statement like this with such a seeming lack of self awarenesses. Dr. Purdom has her Ph.D. in molecular genetics from The Ohio State University, which explains why she knows inbreeding can be disastrous for small populations—but not her seeming ability to block this information any time she thinks about Adam and Eve or Noah and his family. 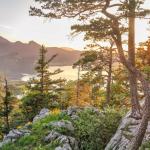 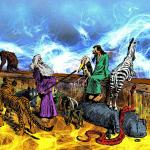