Answers in Genesis’ Weird Take on Polygamy and the Bible

Answers in Genesis recently published an article titled Legalized Polygamy in America? It’s Coming, by Ken Ham. I opened the article primarily because I was curious how they deal with the fact that the Hebrew Bible—the very book of Genesis they are so invested in—treats polygamy as a matter of course.

[T]he foundation for marriage and, by extension, the family unit is given in Genesis. God created two people—Adam and Eve—and brought them together into the very first marriage. God bringing one man and one woman together in marriage, and calling it “very good,” (Genesis 1:31) is God forever defining marriage.

I was about to say that I understand why so many conservatives see this as a winning argument—it does make some intuitive sense—when I noticed that even here, in what ought to be a simple, straightforward case, Ham misquotes the Bible to say something it doesn’t say.

Adam and Eve aren’t even mentioned in Genesis 1, so how can God “bringing one man and one woman together in marriage” and calling it “very good” be sourced by a verse in Genesis 1?

Here is the passage leading up to Genesis 1:31:

26 Then God said, “Let us make mankind in our image, in our likeness, so that they may rule over the fish in the sea and the birds in the sky, over the livestock and all the wild animals, and over all the creatures that move along the ground.”

28 God blessed them and said to them, “Be fruitful and increase in number; fill the earth and subdue it. Rule over the fish in the sea and the birds in the sky and over every living creature that moves on the ground.”

29 Then God said, “I give you every seed-bearing plant on the face of the whole earth and every tree that has fruit with seed in it. They will be yours for food. 30 And to all the beasts of the earth and all the birds in the sky and all the creatures that move along the ground—everything that has the breath of life in it—I give every green plant for food.” And it was so.

31 God saw all that he had made, and it was very good. And there was evening, and there was morning—the sixth day.

This passage never actually mentions marriage. God is very clearly saying that all he had made was good, not marriage specifically. Of course, young earth creationists typically read the second chapter of Genesis—which describes the creation of the Garden of Eden and Adam and Eve—into the first chapter, arguing that the statement in the first chapter that God created “mankind in his own image … male and female” refers to the creation of Adam and Eve. Even in that case, however, you simply cannot make God’s statement that “it was very good” be about marriage.

Here is what chapter two says about Adam and Eve:

But for Adam no suitable helper was found. 21 So the Lord God caused the man to fall into a deep sleep; and while he was sleeping, he took one of the man’s ribs and then closed up the place with flesh. 22 Then the Lord God made a woman from the rib he had taken out of the man, and he brought her to the man.

“This is now bone of my bones
and flesh of my flesh;
she shall be called ‘woman,’
for she was taken out of man.”

24 That is why a man leaves his father and mother and is united to his wife, and they become one flesh.

This passage does not describe Adam and Eve’s union as “very good.” Reading the statement in chapter 1 that God saw what he had created “and it was very good” as though it applies specifically to Adam and Eve’s marriage is extremely dishonest. Added to that, the reference to marriage in chapter two goes the other way—the passage explains marriage practices in the period this passage is written as influenced by Eve’s being created from Adam’s flesh.

Also, while I am not an expert on marriage, I think it’s worth noting that in polygamous societies, each marriage is viewed as being between one man and one woman. If a man marries multiple wives, each marriage is still a separate and distinct thing—in other words, the wives are not married to each other. This is how the Hebrew Bible appears treat marriage ass well.

Not at all, and for several reasons. Firstly, just because something is described in the Bible, doesn’t mean it is prescribed. The Bible is a book of history—it records what happened. That doesn’t mean that, by recording an event, God is saying such actions were moral. Indeed, when polygamy is recorded, the problems that arise from such a union—jealousy, rivalry, the break-up of families, disfunction, and more—are highlighted.

Secondly, we should not mistake God’s patience with sin as his permission. He has always worked through sinful people (and continues to do so, with you and me). His patience in forbearing with them when they sinned and violating his design in no way implies that God was approving or winking at their sin. It shows the long-suffering forbearance of our good, merciful God.

God’s patience with sin? What its that? In the Hebrew Bible, God gives his people a detailed legal code that forbids eating shellfish, among other things—and God’s people are frequently punished for turning away from him. Certainly, God takes his people back again and again, but the prophets call out people’s sin—it isn’t simply ignored or tolerated.

Look, maybe it’s just me, but it seems pretty clear to me that if taking multiple wives was sin, the God of the Hebrew Bible would have said as much.

Ham quotes from a section in the Christian Bible (Matthew 19:3-9) where Jesus says:

“Because of your hardness of heart Moses allowed you to divorce your wives, but from the beginning it was not so. And I say to you: whoever divorces his wife, except for sexual immorality, and marries another, commits adultery.”

Ham then adds this:

Divorce was never part of God’s initial design and yet he tolerated it, and even made provision for it in the Law (and even now under certain specific circumstances), because of “hardness of heart.” Polygamy was never part of God’s design—that is clear from Genesis and other places. Yet God graciously chose to tolerate the violation of his design (as he did and does in cases of divorce), likely because of “hardness of heart.”

Nowhere in the Christian Bible does any writer state that polygamy is sin. The closest anyone gets is one of the pastoral epistles, which says a bishop must be the husband of one wife. But even this passage would seem to tend against Ham’s argument—it means that plural marriage was common enough in the church that this had to be specified. It also means that plural marriage was allowed in the church—otherwise, again, this would not need specifying.

You know all those lists of sins to be avoided, in Paul’s writings? Paul is not shy about including sexual immorality and all manner of other things in those lists, but polygamy is never in there. While one of the pastorals’ later statement that a bishop must be the husband of one wife suggests that in at least some parts of the church, monogamy was preferred, there is nothing in the New Testament to suggest that polygamy was considered some great sin.

I noted a few weeks ago that Answers in Genesis’ Ark Encounter theme park had invented backstories for Noah’s son’s wives. That revelation brought me to a series of novels about Noah sold by Answers in Genesis. I couldn’t help myself. I started reading them.

Much of the storyline revolves around how very, very evil it is that people have started having plural marriages. It makes for absolutely bizarre reading. Consider that the patriarchs, chosen by God only a few hundred years after the flood, practiced plural marriage. And God never says a word against it! If plural marriage was so evil that it horrifies a young Noah to see people turning against God in that way, why in the world wouldn’t God caution the patriarchs—his chosen followers—against plural marriage, which they in fact were practicing?

[The king] nodded to the woman on his right. “This is my wife, Zillah.” He gestured to the other woman. “This is my other wife, Adah.”

Noah wanted to react but remained expressionless. He was a guest here and did not believe it was his place to tell the king that the Creator had established marriage at the beginning as a union between a man and a woman. If the king flagrantly violated such a basic part of God’s created order, what else might he be willing to do?

I mean really, what gives? Answers in Genesis presents this novel as written based on the Bible—it is a work of fiction, of course, but only where necessary—but the idea that a man marrying more than one wife “fragrantly” violates “a basic part of God’s created order” is nowhere to be found in the Bible—and everywhere to be found in modern evangelical Christianity.

Perhaps this is why I frequently feel so impatient with people like Ham. Ham claims that he gets all of his beliefs from the Bible, and the Bible alone, but it is quite clear that that is not the case. His insistence that the Bible is very much against polygamy (in contrast to any plain reading) comes not from the Bible but from his desire to oppose cultural changes he personally finds abhorrent. He is reading his pet priorities into the Bible, not the other way around. 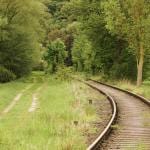 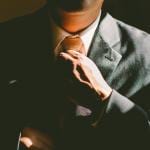 May 19, 2020 Trump: Pompeo was No. 1 at West Point, so the rules don't apply to him
Recent Comments
0 | Leave a Comment
Browse Our Archives
Follow Us!