Patriarchal blogger Lori Alexander begins by quoting from an article in the U.K.’s Sunday Times titled Women are the losers when life’s in lockdown:

“It’s been five weeks since lockdown began but editors of academic journals have already started noticing a strange phenomenon: women seem to be submitting fewer papers than usual while men are submitting more. According to the American writer Caroline Kitchener, some female academics say they are struggling to balance full-on childcare and home schooling with work, while their male counterparts are viewing quarantine as a chance to focus on their writing projects.”

This is not really news—it’s already well known that when women in academia take maternity leave, they to focus on their new baby and on the housework, but when men in academia take paternity leave, they use it to work on their books or to write new papers for publication. It’s unsurprising that the same pattern would play out now, largely because women still end up shouldering more of the housework and childcare, in large part because men often don’t step up, but also because women have been conditioned to believe that they should and can be superwomen.

In other words, many women would rather stretch themselves and try to do everything than wheedle a husband into doing their fair share—especially when men frequently overestimate the amount they contribute and view doing half the work as doing 80%. For many women, it just feels easier—simpler, less stressful—to try to do it all than to try to get their partner to contribute equally to the housework and childcare.

Lori also includes this quote from the Sunday Times article:

“The coronavirus may be more deadly for men but it seems to be hurting women in other ways, forcing some back into domesticity just when they thought they had escaped.”

It’s worth noting that this is a somewhat elitist view—and slightly incorrect. To the extent that women in academia eat out, put their children in daycare or before and after school care, and hire cleaners in their house, yes, these women have been pushed back into domesticity. But if the loss of those services were the only problem, we would expect male academics’ work to be suffering too, and that’s not what we’re seeing. Part of the problem, then, is with men, who would sooner let their wife take on extra burdens than offer to share the load.

But Lori isn’t interested in discussing any of this, or in trying to pinpoint and solve the challenges female academics face. No indeed. She is more interested in insisting that these female academics’ lives have improved for being relegated to the home and forced to do full-time childcare and housework,.

Lori thinks she knows what every woman wants, and she thinks they all actually want what she wants. She’s not interested in listening; she’s only interested in telling.

Women are being forced back into domesticity just when they thought they had escaped… Yes, they are being forced to be home with their own children, care for them, train them, and teach them. Oh, the horrors! This is feminism in a nutshell. This is what the feminists leaders convinced women, that being a homemaker was prison. They needed to be free!

I wonder how many women agree with this author. Do they really like having to get up every morning by an alarm clock ringing in their ears, frantically getting everyone out of the door, fighting traffic on the way to work, punching into a 9:00 to 5:00 job, fighting the traffic to get home, hurriedly putting together a dinner for the family, making sure the children do their homework, maybe kiss their husband good night, fall into bed exhausted, and then start all over the next day? THIS is freedom?

You know what, Lori? You might try asking some!

Here’s the other thing, though—I don’t think women are a monolith. It’s Lori who thinks that. There absolutely are women who work full time who would like to be home with their kids, running their household full time instead of fighting traffic. There are also women who are home full time with their kids who would like to have jobs outside of the home, with an office to go to each day, but can’t due to factors like high childcare costs.

When my kids were young I followed a local moms group on facebook fairly closely, and there were moms of young children who would post there just absolutely fed up with doing nothing but being at home changing diapers. They would write about how much they wished they could take jobs outside of the home, something to help them maintain their sanity, to make them feel like adults and give them reason to get dressed and somewhere to go.

Lori assumes she knows what women want and assumes women all want the same thing—i.e. what she wants. How has Lori possibly missed all of the comments on social media from mothers now working from home with their kids on their hands full time, desperate for a quiet moment, longing for the office, the coffee shop, or their lab? If Lori was right about what women really want, they should be rejoicing at the COVID-19 closures—but they’re not.

Next Lori does a weird bait and switch. Recall that Lori began by quoting from an article about women academics, suggesting that she is addressing women who are now working from home. That makes what follows bizarre:

Now, they are waking up when their children wake up. They can fix a nourishing breakfast and lazily eat it together. They teach their children to do their chores and then spend a few hours with them on schoolwork. They have plenty of times to speak to their children about the Lord and His ways. Afterwards, they can go on a bike ride or a stroll near their homes. The children play in the back or front yard while they get some laundry and dinner cooking.

Dad comes home from his work and they pray and eat together as a family. The evening is spent playing games, going on walks, or whatever else they feel like doing. She’s learned to bake bread, sew, garden, and other things that she’s been meaning to learn. She tucks the children in bed after reading them a bedtime story, prays over them, and then enjoys some quiet time with her husband. She falls into bed deeply satisfied after investing her life into her family and her home with a pray to Almighty God on her lips.

Women who are doing the things listed above were either already homemakers, or they have been let go from their jobs—in which case their families are likely facing severe financial distress. Women who are now working from home with children who are no longer in school or daycare are trying to fit their work in around supervising their children’s school lessons and responding to their children’s endless requests for a snack—not only that, they’re also spending their evenings catching up on work that didn’t get done during the day. They’re falling into bed exhausted.

This “trying to do it all” aspect was the whole point of the Sunday Times article Lori begins with, so how the heck did we get here? Lori can ask white collar women whether they wouldn’t rather have their days look like what she describes here, but her apparent belief that these women are living this life now is bizarre.

Working from home is still working.

Those who have taught themselves to bake bread—myself among them—are doing so because bread is not shelf stable and we’re trying to avoid going to the grocery store more than strictly possible. This idea that we now have endless time to take up new hobbies—while caring for our children, keeping clean a house that now seems endlessly dirty, and working full time remotely—is bizarre. The entire point of the article Lori started by quoting is that women now have less time, not that they suddenly have so much more time than they had before.

I have an idea. What if we let every woman and every family decide what works for themselves? What if we stopped trying to tell women what they need or what sort of life they should want? Imagine that!

Lori finishes with this:

How can either of these two pictures between a woman in a workforce and a woman at home compare? They can’t. Women were never created to do it all. When I figured out that it was actually God’s ordained place for women to be in the home, I was ecstatic since it’s the only place I ever wanted to be! You mean I am not supposed to have a career? You mean I don’t have to be responsible for making money? You mean I can bear children and be the one home raising them? Thank you, Jesus!

What about women who want to have a career and want to be responsible for making money and want to share the raising of children with their husband? How can Lori look at her own excitement at figuring out what she wants from life and then try to deny that to other women? I know women who grew up in conservative homes who had exactly the opposite experience of Lori—when they realized that they could get married and have a career, that they could have children and still work, they were ecstatic. Lori takes her experience and assumes it’s universal when it’s not.

What if we treated women like independent entities with agency, capable of making their own decisions about what they want out of life? Just an idea! 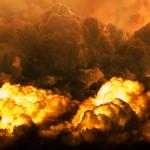 May 4, 2020
Evangelicals' View of COVID-19 More Shaped by Politics than Religion
Next Post 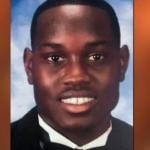 Nonreligious
What do evangelicals and Nazis have in common?
Love, Joy, Feminism
TRENDING AT PATHEOS Nonreligious