Eric Metaxas: Jesus Was White, Did HE Have ‘White Privilege’?

Remember Eric Metaxas? He’s the one who wrote the pro-Trump children’s books that I said reminded me of the Nazi children’s books I’d read in my college archives, after which he threatened to sue me.

Well, Metaxas is at it again.

This is the dumbest take on white privilege yet. https://t.co/ZQ30RQduAQ

Yes, that’s right. In response to the United Methodist Church hiring a white scholar to make a series of videos on “Deconstructing White Privilege,” Metaxas wrote:

Jesus was white. Did he have “white privilege” even though he was entirely without sin? Is the United Methodist Church covering that? I think it could be important.

Oh and by the way—don’t get so hung up on the claim that Jesus was white that you miss the apparent assumption that white privilege is a sin. In fact, let’s talk about that first.

An insistence of seeing the world through a narrow lens of personal sin and personal salvation has rendered many white evangelicals unable to understand the world around them. This lens isn’t merely limited; it is fundamentally broken.

A white person in the United States could go through their entire life without ever once committing a “sin,” and yet they would still both benefit from and contribute to white privilege—a system that causes in real and present harm to Black people. For example, they just wanted to put their kids in a good school—it was about test scores, not race. Their boss promoted them over a Black colleague—but what could they really do about that, and it was probably really about merit, anyway. They moved to an exclusionary white suburb—but that’s because it has low crime rates.

You do not have to commit individual acts of racism to both benefit from and contribute to a system that causes harm to Black people. That is part of why white privilege is so pernicious. We can’t just all wake up and decide to not do it. It’s a system we’re all caught in. But evangelicals don’t have a framework for understanding something like this, because their framework is one of personal sin and personal salvation. If you did not personally do an act of racism, you’re good! There isn’t room for understanding that actions that are not sins can cause harm.

Perhaps we need to ask: what is “sin”? There is no one answer. Evangelicals do typically proffer their own, relatively narrow definition, however. Sin is disobedience to God. Sin is violating God’s commands. Sin can also be defined somewhat more expansively: sin is anything that goes against the holy character of God.

It’s worth noting that the Bible was written at a time when people did not think in terms of race. It’s perhaps not surprising that those who adopt “sola scripture” are left so ill equipped to deal with our present moment. I can’t speak as well to the Old Testament, but in the New Testament, in the Roman Empire, your skin color did not matter. What mattered was your citizenship—or your nationality (although even this isn’t quite the right word, as this was before the development of the nation state.) You can see this breakdown at play in Galatians 3:28:

While scholars who study whiteness trace its origins Somewhat earlier, our current understandings of “whiteness” were arguably not cemented until the mid-twentieth century, when formerly “ethnic” Americans such as “Italian Americans” and “Irish Americans” finally gained access to a newly expanded “whiteness” that offered them status formerly limited to WASPs (White Anglo Saxon Protestants). First, an entire generation of young men from “ethnic” communities participated in a U.S. army that excluded Blacks but threw Italians from Brooklyn together with Kentucky farm boys. Then, after the end of the war, this same generation of young people moved out of the ethnic enclaves they’d grown up in and into newly built racially exclusionary “white” suburbs, made possible by a boom in inexpensive suburb construction and by generous GI loans that were inaccessible to Black veterans. They thus became “white.”

This might be a good time to turn to Metaxas’ statement that Jesus was white, actually. There are no “white” people in the Bible. There are no “Black” people in the Bible. There are Jews and Romans and Samaritans and Ethiopians and Egyptians. The idea that Jesus was white is an attempt to read our modern understandings of race backward onto a society that had no understanding of race—at least not in our modern sense. This highlights the problems with evangelicals’ insistence that they can look at the Bible and the Bible alone. Without knowing the context within which the Bible was written, they read our modern context back onto it, creating a bizarre amalgam that makes no sense.

And that’s without getting into the whole issue of whether Jews are considered white, which is itself something multiple books have been written on—and something that has changed (in often inconsistent ways) over the past century.

In summary, I’ll state once again that white privilege cannot—and should not—be understood through a framework of individual sin and individual salvation. I’ll also note again that Jesus was not white—and nor was Paul, or anyone else in the New Testament. Whiteness is a category that was created only in the past several hundred years; it is not an immutable category or one that has always (or even often) existed. 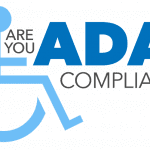 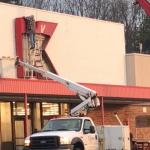