This caught my eye, in an article announcing that Liberty University will be investigating Jerry Falwell Jr.’s tenure:

In Monday’s statement announcing the investigation, Liberty’s board also said it is considering establishing a post aimed at offering spiritual guidance for university leaders to ensure they “live out the Christian walk expected of each and every one of us at Liberty.”

The idea underscores the board’s concern over the degree to which Falwell’s alleged personal conduct would have violated the school’s behavioral codes.

Here’s what I want to draw attention to: the fact that they did not already have some sort of system of accountability for Falwell. There are all manner of measures in place to make sure students don’t violate the Liberty Way. But if you’re at the top, you’re on the honor system.

Many evangelical megachurches, ministries, and universities operate as de facto dictatorships, with a top down structure and a leader who won his place through his charismatic leadership. These institutions will frequently set up a board of elders, or a similar body, but these are frequently mere window dressing. The leader is the one with the name recognition, the connections, the cult of personality. The elders are loathe to cross him.

And so you have a system where teenage girls who so much as spend the night at a boyfriend’s house are definitely going to get in trouble, while the senior pastor can spend as much time as he wants ensconced in his office with a female parishioner, his secretary (who will inevitably be female), or a teenage girl in need of advice. After all, who exactly is going to question him? There is no system of accountability in place because he is at the top. Even an elder can find himself in trouble if he questions the actions of a well-respected evangelical leader.

Megachurches often rise or fall with the founding pastor. Churches that lose a founding pastor are fragile things, and they can and sometimes do disintegrate. This is an important point, because it does not work this way for churches with a denominational infrastructure. Certainly, the installation of a new priest or pastor can always be a tricky time. But many denominations circulate their clergy for just this reason—so that a congregation does not get too attached to a single leader, in place of the church community and the denominational structure and beliefs.

An elder worried about a founding pastor’s questionable behavior has a difficult decision to make. If he raises his concern, he may destroy the entire ministry. The elder knows and sees the good the church has been doing. He sees the souls being saved. Is it right to jeopardize all that—especially when he may not be believed anyway? Elders have been forced out of the church for less—and then there is no one close by who is aware of the questionable behavior. Far better to say nothing and to try to mop up any damage he can—to keep things quiet.

Or at least, so he calculates. And people suffer. The victims suffer, where the leader is using his power and authority to prey on others. The congregation, too, suffers, because it is being lied to. And when the leader does fall—well, the fall is all the worse for how long the behavior was allowed to go on. The congregation would feel less deceived, less lied to, if the leader had not had elders and others in positions of authority covering for him and ignoring his behavior.

And now we return to Falwell. How many people saw his behavior and did nothing? How many people, in positions that should have given them the ability to do something, had concerns about what they saw but kept quiet? How many people instead tried to cover up the behavior, or to keep it within basic limits? My guess? A lot.

Jerry Falwell’s peccadilloes have been hanging out for some time. If we in the public knew as much as we did—the flop house, the pool boy, the explicit photos—how much more did Falwell’s associates and fixers know?

The case of Jerry Falwell Jr. is a bit curious, of course. All he has had going for him is his name. He did not found Liberty University. He inherited it. He is not particularly charismatic, nor did he have any particular talent as a religious leader. He ruled Liberty University because of his birth, not his talent or connection or skills. And yet for all of that, people fell in line. He was a Falwell, after all. And that was all that mattered. 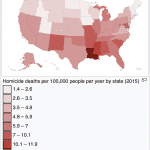 September 1, 2020
Actually, Red States Are the Most Violent
Next Post 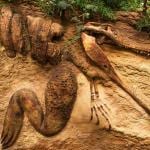 September 3, 2020 The Anatomy of a Conspiracy Theory
Recent Comments
0 | Leave a Comment
"Anatole France said it best: “The law, in its majestic equality, forbids rich and poor ..."
thatotherjean The Republicans Are the Party of ..."
"ANother fact The Lone Ranger is a DETROIT creation, those shows were on WXYZ radio ..."
Gary Burnaska Michael and Debi Pearl Weigh in ..."
"Habitually, these have been crushed by dictators with secret police, death_camps and gulags. I can't ..."
Martin Penwald The Republicans Are the Party of ..."
"Sure. That is the difference between the last century of Republican* periodic shifts from proto-fascism ..."
Zebra Distilling the Chaos of 2020
Browse Our Archives
get the latest from
Love, Joy, Feminism
Sign up for our newsletter
POPULAR AT PATHEOS Nonreligious
1 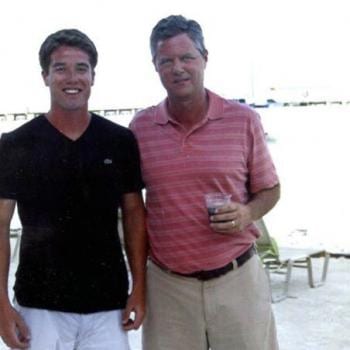 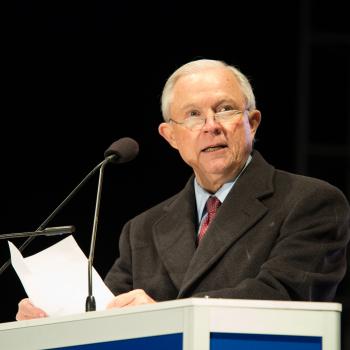 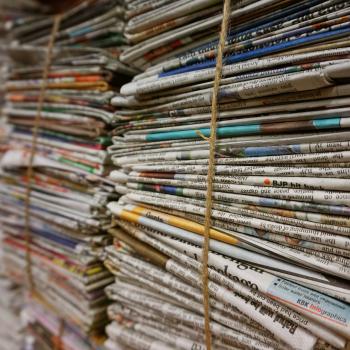