The Anatomy of a Conspiracy Theory

Sometimes it seems like the whole world is going to hell in a hand basket. The QAnon conspiracy theories, combined with the conspiracy theories about COVID death counts and everything else, have me wondering if I have gotten some fundamental ideas about how humans operate wrong. Are we as humans that much more inclined to believing conspiracy theories than to fact checking?

Somehow this all feels easier to handle if we look instead at a conspiracy theory we all already knew existed. Say, Young Earth Creationism for a moment. Let’s turn to a post by Ken Ham on Answers in Genesis’ website that I found insightful because of what it tells us about how conspiracy theories work.

We’re not going to evaluate the truth or falsehood of Ham’s claims. Instead, we’re going to analyze some patterns common to all conspiracy theories.

In places like the Grand Canyon, scientists routinely find fossilized trackways millions of years before they find fossils of the creatures that made them. It’s pretty convenient that creatures made footprints . . . then millions of years later the same creatures lived in the same region and just happened to be fossilized too! (Actually, such a notion strains credulity! It makes much more sense that these footprints and the creatures that made them were buried very soon after one another as the global floodwaters buried creatures as they fled).

The first thing to note is that there are no footnotes here. For all the reader knows, Ham could be making this up whole cloth. And remember, this piece isn’t written for geologists or others with relevant expertise. It’s written for laypeople. The average layperson does not have the background to effectively evaluate these claims. I am a reasonably well educated person, and even I am not sure where I’d go to try to determine whether Ham’s claims regarding tracks and fossils are accurate.

Oh and by the way—the paper Ham is responding to here does not even make this claim. It analyses some footprints found in the Grand Canyon and concludes that they are roughly 313 million years old, and that the creature that made them had a similar gait to modern tetrapods such as dogs and cats.

See this, from the paper’s press release:

“Living species of tetrapods―dogs and cats, for example―routinely use a lateral-sequence gait when they walk slowly,” says Rowland. “The Bright Angel Trail tracks document the use of this gait very early in the history of vertebrate animals. We previously had no information about that.”

So that’s the first thing—conspiracy theorists take advantage of the fact that the average person does not have the background knowledge needed to assess the truth or falsehood of arcane technical information.

Ham then does this bit:

Geologist Dr. Andrew Snelling, who heads up our Research Department here at Answers in Genesis, comments on finds such as this one…

Okay, quick pause. The second thing to note in this piece is that Ham brings in an “expert” whom he describes as a geologist. Snelling must be credible, because he is a geologist with a Ph.D., right? Well no, not necessarily. People with doctorates are not automatically experts on everything in their field—and you can get a Ph.D. and still fall for nonsense. And as it turns out, Snelling is a special case.

If you click on Snelling’s name, you find this:

Dr. Andrew Snelling holds a PhD in geology from the University of Sydney, Australia. He serves as Answers in Genesis’ Director of Research and is the Editor-in-Chief of the online Answers Research Journal. Dr. Snelling is active in research and writes and also speaks on topics such as the Flood, fossils, and the Grand Canyon.

If you scroll down on the page, you find that Snelling received his Ph.D. in geology in 1982, you find a list of awards and papers, all from creationist organizations. You also find this bit:

Andrew was raised in a Christian family in Sydney, Australia, and his interest in geology began very soon after his conversion to Christianity at nine years of age. His very firm conviction in the authority and veracity of the Scriptures brought him to the creation/evolution controversy early in his teens, so that by the commencement of university studies, Andrew already had a clear scriptural perspective on the literalness of Creation and Noah’s Flood, and an unmistakable call from the Lord for a life-long involvement in creationist ministry.

According to his bio (also listed by Answers in Genesis), Snelling went full-time into creation research in 1983, a year after receiving his Ph.D. Nearly all of his published work is in young earth creationist journals. The only exceptions are a handful of papers in the 1980s about the Koongarra uranium deposit, which is unsurprising given that that is what he did his dissertation on. Answers in Genesis touts the fact that Snelling did some ongoing consulting on the Kungarra uranium deposit for both industry and the Australian government throughout the 1980s as proof that he is a real geologist, when in fact he appears to never have moved beyond the narrow scope of what he studied in his dissertation.

Snelling is not an actual expert. He got his Ph.D. because he wanted to go into young earth creationist ministry, not because he wanted to actually become a geologist. The only actual geologist work he’s done is directly directly to his dissertation, in the years immediately following its completion. But even if he were an actual geologist working in his field, that would not make Snelling infallible.

And remember—geology is a big field. Every field is a big field. Acting like a radiologist is de facto a trusted expert on COVID-19—a virus—because he has an MD by his name is weird.

This is outrageous. No one claims this. This is a blatant attempt to sow misinformation.

I discuss this in my book Earth’s Catastrophic Past (chapter 52) and in one of my presentations (Fossils: Buried in the Flood, not Evolution over Millions of Years), and it was first presented in detail in a paper by Adventist Leonard Brand and a co-author J. Florence in 1982. The evolutionists have never answered this challenge in the 38 years since. The pattern is the same for reptiles, amphibians, dinosaurs, birds, and mammals.

This is the third thing—the allegation of a coverup. Here’s the thing, though—if there really were a big problem with footprints and foot bones being separated by millions of years, you’d see a lot more than one paper published by two Seventh Day Adventists in 1982 in a young earth creationist journal.

The place to work out questions like this is within the relevant scientific field, not in the court of public opinion. Brand and Florence—and Snelling—could have gone through the regular channels. They could have done research and written papers and submitted them to credible scientific journals. If the papers were rejected—if there is indeed some sort of wide scale coverup going on—they could go public with that. But to allege, without even trying proper channels, that an entire field has a huge flaw, is weird.

To a degree that may be unhealthy, every researcher—and every scientific journal—wants to publish a big break. There’s a lot more to be gained in publishing show-stopping new research that’s flashy than in plodding along with research articles that, while important, will be read by two dozen people tops. So if you want to get me to believe that there’s some obvious problem in geology that’s being covered up, you’re going to have to do a lot more than just assert that.

Remember, the layperson does not have the background to know whether what Ham is asserting (and quoting Snelling asserting) is true. Ham’s piece makes an assertion, quotes an “expert” backing it up, and alleges a coverup—but does not offer one single piece of evidence, or even provide information that would let a layperson check it for themselves. I tried googling fossil tracks and leg bones and millions of years, and found nothing at all.

If I as a relatively well educated layperson can’t double check Ham’s assertions to see if they are valid, effectively no one can. And remember, this isn’t an article in a scientific journal or conference program raising a question for discussion—this piece is aimed at laypeople, the very people without necessary background information or access to data necessary to actually assess the claim’s validity.

One last thing. What is Ham’s central claim?

Ham asks whether it seems odd that scientists would claim footprints were created millions of years before fossils of the sort of creature that made them were found. “It’s pretty convenient that creatures made footprints . . . then millions of years later the same creatures lived in the same region and just happened to be fossilized too,” he says. “It’s pretty convenient” is sort for “just asking questions.”

Conspiracy theorists frequently raise questions as “odd” with the implied assertion that answers don’t exist. In this case, what Ham asserts is odd does not sound at all as odd as he claims, when you break it down. A creature left footprints, but did not leave fossils. (Most creatures do not leave fossils.) Millions of years later similar creatures lived in the same area. Some of these creatures left fossils. There is literally nothing odd about this at all. If you talked to someone who actually studies this, they’d be able to flesh out a lot of what’s going on here in much further detail with no problem at all.

Remember that Ham’s actual assertion is that the creatures left footprints while trying to escape a global flood, and then died and were buried by the flood, and then fossilized. This is a more extraordinary claim that you might realize he’s making when he is “just asking questions” about scientific claims. This is something conspiracy theories do quite often—they lure someone in with their “questions” about things that seem “odd” and then later, after a person has stepped foot in the door, things get really weird.

So. What did we find? First, the making of a claim that the intended readers do not have the technical knowledge or background to actually understand. Second, bringing in a someone with a Ph.D. to hold up as an expert, despite serious problems with their credentials. Third, the allegation of a coverup, with no evidence at all to back this claim up. And forth and finally, the central claim is based on innuendo and “just asking” questions—“it’s pretty convenient”—rather than on positive evidence. 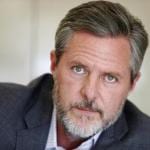 September 2, 2020
The Curious Case of Popular Evangelical Leaders
Next Post 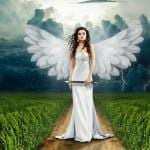