Ravi Zacharias International Ministries (RZIM) has opened an investigation into allegations that its late founder and namesake sexually harassed multiple massage therapists who worked at two day spas he co-owned.

Three women who worked at the businesses, located in a strip mall in the Atlanta suburbs, told Christianity Today that Ravi Zacharias touched them inappropriately, exposed himself, and masturbated during regular treatments over a period of about five years. His business partner said he regrets not stopping Zacharias and sent an apology text to one of the victims this month.

If you’re like me, you grew up listening to Christian radio, which probably means you not only know the name Ravi Zacharias, you can also hear it in the radio announcer’s voice. If you’re having any trouble remembering it—or feel like something is off—it may be because you’re expecting the cadence of Dr. Ravi Zacharias.

Here’s the thing, though: it came out a few years back that that “Dr.” was a lie. It was never “Dr.” That scandal broke three years ago when it was found that Zacharias never had a doctorate, and that he’d told a bunch of other lies about his academic credentials and accomplishments as well.

After that, there was another scandal in 2017 involving nude text messages and a woman who was not his wife. This isn’t Zacharias’ first brush with sexual scandal; nor do I find the current revelations at all surprising.

Zacharias died in May 2020, but I find that I have questions. My questions involve things like: why did Zacharias own a massage parlor in a strip mall? Is this a common thing for evangelical ministers?

Zacharias went into business as a spa owner in 2004, opening Touch of Eden in a shopping center in Johns Creek, an affluent, rapidly growing suburb in northeast Atlanta. Financial records obtained by CT indicate Zacharias invested at least $50,000 and was listed as vice president and owner of one-third of the company.

I’m having some trouble figuring out why that name is throwing me, but it’s throwing me. Two kinds of touching went on in the Garden of Eden. One was naked touching—they were naked all the time, remember? The other form of touch was when Adam and Eve touched the apple, and ate it. Of course, this might be just me. Maybe other people’s minds only go to the idea of the Garden of Eden being paradise.

All I’m saying is, if I were an evangelical minister and I opened a massage parlor, I wouldn’t try to make it sound vaguely biblical. Somehow that just makes it weirder.

Also, if I were an evangelical minister, I’d probably stick with starting businesses that are beyond repute. Isn’t that what a minister is supposed to be, after all? Beyond repute? That’s literally in the Bible. And while most massage parlors are perfectly legitimate, they’re also connected with enough sketchy activity that Zacharias himself seems to have felt it was within his right to sexually harass the women who worked there.

Given that the women Zacharias harassed report not feeling like there was anyone they could go to about this—both because he was the owner and because he was a famous evangelical pastor—it seems at least possible that Zacharias went into this business as a way to get access to—and power over—women he considered fair game.

(It’s worth noting that evangelicals often draw a line between good Christian women and sluts. While they don’t always say this explicitly, there’s an undercurrent that what happens to sluts is really their own fault.)

So. Where does this leave us?

It perhaps leaves us here:

His business partner said he regrets not stopping Zacharias and sent an apology text to one of the victims this month.

Oh and by the way, the idea that prominent evangelical leaders shouldn’t run sketch businesses doesn’t just come from this one case. Remember Jerry Falwell Jr.? He ran a hostel in Miami, which is an odd thing for an evangelical leader to run, especially because it functioned largely as a gay flophouse.

I’m no longer evangelical, but one thing I absolutely have retained from my evangelical years is that a leader ought to be beyond repute—and that the standard is even higher for religious leaders. No one gives someone the right to be a leader in a Christian church or ministry. That needs to be earned. And if someone is preaching against sex outside of marriage, and against immorality, they darn well better be living what they preach.

And yet, for some reason, it is exactly these leaders who get the most passes. People are afraid to say anything, and they get away with utterly ridiculous infractions, blazing past things that ought to be red flags.

September 30, 2020
How Evangelicals Misread the Bible on Law Enforcement
Next Post 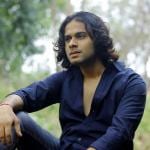