The Evangelical Christian Problem of Prayer and Agency

Michelle Bachmann is praying for God to give Trump a second term:

For this moment in the United States, we seriously, sincerely cry out to You, confessing our personal sins. We confess the sins of our country, as proxies. We ask you, oh God, for deliverance that our country may continue to know freedom.

And, o God, I personally ask from myself, Michele Bachmann, Lord, would you allow Donald Trump to have a second term as president of the United States?

There’s something odd in all of this vis a vis human agency and the implications of an omniscient omnipotent God. If God is all knowing and all powerful, isn’t he going to make the best decision no matter what we do?

This is ultimately a much bigger tangle, and ultimately, I think it’s wrapped up in the fact that the Old Testament God and evangelicals’ Christian God are not the same entities. (Yes yes, I know evangelicals would disagree with me on this.)

Now, when pressed, evangelicals will typically say that God is unchanging, but that man’s understanding of God has changed over time. Fair enough. Regardless of my disagreement over the actual existence of God, it’s absolutely true that human understandings of God have changed over time—that is perhaps one of the greatest constants in any religion.

But embedded in these ideas about change is the idea that the current understanding of the Christian God is the correct one, or at least more correct. Certainly I don’t remember, as an evangelical child and young adult, ever being exposed to the idea that we might be getting God wrong. Suggesting such would put one in line with liberation theologists or worse! No, God was omniscient, omnipotent, and omnipresent, and we, millennial evangelicals, had it all figured out.

But if God is omniscient, that means he knows the future, which means he already knows what he’s going to do—and what we’re going to do. In this framework, is it possible to change God’s mind, or affect his decision-making?

I really did grow up believing God knows the future—indeed, I was taught that God is in some sense outside of time. The evangelical Christian young earth creationist organization Answers in Genesis puts it like this:

Scripture clearly presents God as knowing the future exhaustively. He knows it because he created and oversees all things according to his own wise plan. In a world filled with death, suffering, uncertainty, and hopelessness, we can be certain of a secure future because the character of the God of creation guarantees it, and his knowledge of future events means nothing will ever catch him by surprise.

But … then why pray, as Bachmann does, for God to take a particular course of action?

No really, think about it—are there any examples in the New Testament of prayer changing God’s mind? A few passages in the gospel come the closest, but even these don’t go all the way—for instance, Jesus praying for God the Father to find some other way to save humankind, and save him from experiencing agonizing torture.

The closest to a New Testament description of praying for God to do something—as opposed to praying for our own spiritual improvement, praying to commune with God, or praying to learn and align oneself with God’s will—comes in James:

Is anyone among you suffering? Then he must pray. Is anyone cheerful? He is to sing praises. Is anyone among you sick? Then he must call for the elders of the church and they are to pray over him, anointing him with oil in the name of the Lord; and the prayer of faith will restore the one who is sick, and the Lord will raise him up, and if he has committed sins, they will be forgiven him. Therefore, confess your sins to one another, and pray for one another so that you may be healed. A prayer of a righteous person, when it is brought about, can accomplish much.

What exactly is “the prayer of faith”?

Even if this passage is completely in line with evangelical ideas about the role of prayer in faith healing—and I’m not convinced it is—it would still seem a far cry from praying for God to change the outcome of an election or install a given man as president.

Perhaps even more notable than the conundrums of whether it is possible to change the mind or actions of an omniscient God, the New Testament, in contrast with today’s evangelicals, shows almost on concern with the outcome of political systems. You would think that those claiming they take the Bible literally and use it as their guide to live would realize this. 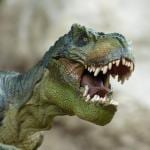 December 7, 2020
What Does Critical Thinking Mean when You're in a Conspiracy Theory?
Next Post 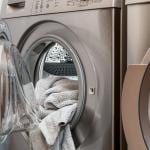