Crunchy Babies Update: The Man Behind the Planned Parenthood Videos Explains Why They’re Not a Hoax 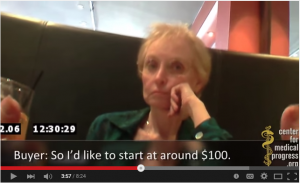 I don’t blame Planned Parenthood supporters for trying to discredit the videos released in the past two weeks by the Center for Medical Progress. They bring to light a serious issue – selling baby parts – and that could make trouble for Planned Parenthood in carrying out its abortion agenda.

Far from being a hoax, the videos – two released since July 14 and twelve more to be released one per week in the coming months – are the product of a 30 month undercover investigation led by CMP founder David Daleiden.

In response to accusations that the videos were faked or heavily edited, Daleiden explained that the videos were shot inconspicuously during meetings with Planned Parenthood top abortionists, administrators, and directors. What’s more, CMP released the full two-hour unedited version at the same time as the summary video in both cases. It will be the same for the remaining dozen videos.

In regard to the investigation, Daleiden said in an interview with National Catholic Register:

“Our investigators spent almost three years deeply imbedded with Planned Parenthood and their affiliates. And we heard from their own mouths, over and over, again and again, that they make money off of selling the parts of aborted babies and have a profit motive in doing so.”

I encourage you to read the entire interview for yourself. You can find it here.

July 21, 2015
So, how would you like your baby? More, or less crunchy? Planned Parenthood makes ordering baby body parts like ordering up a panini
Next Post

Catholic
Total Darkness: What the Planned Parenthood videos tell...
Catholic to the Core

Catholic
So, how would you like your baby? More,...
Catholic to the Core
TRENDING AT PATHEOS Catholic