Clergy and 9/11 Ceremonies: Conflicts Reveal State of Religion in Our Culture

Laurie Goodstein of the New York Times has written a fine piece on some of the controversy surrounding 9/11 ceremonies and the inclusion or exclusion of clergy: “Omitting Clergy at 9/11 Ceremony Prompts Protest.”

Goodstein describes the decision of Mayor Michael Bloomberg in New York to exclude all members of the clergy from Sunday’s commemoration. There is a related controversy in Washington DC, where an interfaith service planned for the National Cathedral will not include a Southern Baptist or over evangelical clergyperson. According to the website of this Episcopal church, the following religious leaders will include the following:

For the record, I don’t see a Roman Catholic leader, either. Apparently the Episcopalians have the Christian base covered.

No matter what you think of the exclusion of all clergy from the New York commemoration or the exclusion of evangelical Christians from the Washington event, it seems to me that what we are seeing reveals a great deal about the secularization of our culture and the intentional effort of cultural elites to exclude religion in general and conservative Christianity from the public square.

September 11, 2011 A Prayer for the Next Generations – Sunday Inspiration from the High Calling
Recent Comments
1 Comment | Leave a Comment
Browse Our Archives
get the latest from
Evangelical
Sign up for our newsletter
POPULAR AT PATHEOS Evangelical
1 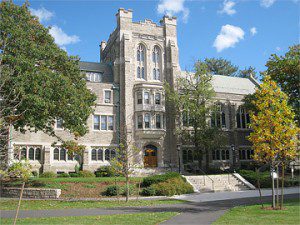 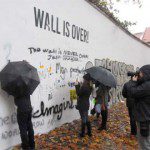