Part 1 of series:
Ancient Ephesus and the New Testament

For many of us, the events of the Bible seem to take place in some distant, magic world of “Bible lands,” a wonderland rather like the one discovered by Alice. We read about Jerusalem, Nazareth, Corinth, and Ephesus, but picture some hazy world shaped by illustrations in our children’s Bibles. The places in which the stories of the Bible happened seem unreal, and, therefore, so can the stories.

I’ve spent a great deal of my life studying the Bible from both an academic and a pastoral perspective. I’ve also examined in great detail many of the archeological descriptions of biblical sites. The Internet has made all of this much easier and quite wonderful, actually. (Check out sites such as http://www.holylandphotos.org/ and http://www.bibleplaces.com/). But, until a few years ago, I had visited only one place that could count as part of “Bible lands.” In 1984, and again in 2004, I visited Rome, the city to which Paul’s famous letter is addressed, and which is referenced in several New Testament passages. Strictly speaking, however, none of the biblical stories actually took place in Rome.

So you can imagine how excited I was in 2007 and then again this past summer (2011) to visit some of the locations in which New Testament events actually happened. In 2007, I visited Athens and Ephesus. This year, I was able to visit Patmos, Crete, Antalya (Attalia), Cyprus, and Israel, in addition to Ephesus (for the second time). Many of these islands or cities play a relatively minor role in the New Testament, with the obvious exception of Israel, of course.

Athens appears in the New Testament as the place where Paul preached his famous “sermon” on the Areopagus (Mars Hill, Acts 17:22ff). But Ephesus is arguably one of the most important of cities in early Christianity. Jerusalem probably takes first place in this competition, but Ephesus runs a close second, along with Antioch. In the second century and beyond, Rome became the most prominent city for Christianity.

Why was Ephesus so significant for early Christianity? In part, this had to do with the prominence of the city itself in the first century and its central location along the coast of Asia Minor (modern day Turkey). But, more importantly, Ephesus attracted many influential Christian leaders, including Paul, John, and Timothy. (Ephesus claims to be the last place where Mary, the mother of Jesus, lived, though the historical evidence for this is mixed at best. I’ll have more to say about this later.)

Prior to my visit to Ephesus, I had studied this city in great detail. It almost felt as if I had been there. So you can imagine my joy in actually seeing the extensive remains of the ancient city of Ephesus with my own eyes. During my first visit to Ephesus, the temperature was well over 100 degrees, but this didn’t wilt my enthusiasm. This year, I toured the ancient city with the temperature hovering around 90 degrees. Much better! I was also able to see parts of the city that I had missed in 2007.

In the posts that follow, I’ll share some of my pictures of Ephesus and explain how our knowledge of the ancient city enriches our understanding of the New Testament, especially Acts 18-19. If you’ve been to Ephesus, this can serve as a helpful reminder. If you’ve never been there, consider this an introduction and invitation.

September 11, 2011
A Prayer for the Next Generations – Sunday Inspiration from the High Calling
Next Post

September 12, 2011 Fascinating, Scary Article on Computer-Generated Writing
Recent Comments
1 Comment | Leave a Comment
Browse Our Archives
get the latest from
Evangelical
Sign up for our newsletter
POPULAR AT PATHEOS Evangelical
1

Theonomy and Thumos
At the risk of stating the obvious, as a general rule I... 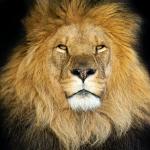 “We are lions!” Pastor pushes back against government...
I believe God is calling his leaders to roar. This is the...
view all Evangelical blogs
What Are Your Thoughts?leave a comment
Copyright 2008-2021, Patheos. All rights reserved.
error: Content is protected !!