Background to the Confusing Kingdom: Inspiration from the High Calling

Background to the Confusing Kingdom

The LORD will extend your powerful kingdom from Jerusalem;
you will rule over your enemies.

Psalm 110 can help us understand why so many of Jesus’ contemporaries were confused about his message and ministry. It also undergirds one of the deepest mysteries of the Gospel.

Psalm 110 celebrates the power and victory of a future king of Israel. Under this human Lord, the Lord God will “humble” the enemies of Israel (110:1). Through the king, God will “punish the nations” (11:6). Moreover, God will extend the “powerful kingdom” (literally, “staff” or “scepter” as a sign of royal authority) from Jerusalem to the kind will rule over his enemies.

When Jesus proclaimed the presence of God’s kingdom, people expected him to fulfill the prophetic vision of Psalm 110. He was supposed to vanquish the enemies of Israel and to rule with God-given authority. Yet, Jesus refused to pick up the sword and lead armed rebellion against Rome. Worse still, from the perspective of a first-century Jew, Jesus was willing to be crucified by the Romans. The cross was the ultimate sign of Roman domination and cruelty. Jesus’ crucifixion seemed to be utterly inconsistent with the hope of Psalm 110.

Yet, it was precisely through his death on the cross that God defeated the greatest enemies of all: sin and death. The apparent defeat of the cross was in fact the guarantee of God’s victory. Because Jesus overcame the power of our enemies, he opened to us the way into the kingdom of God. You see, Jesus did not die only to offer you and me forgiveness for our personal sins. His death and resurrection served the broader purpose of breaking the power of evil and establishing the reign of God throughout the cosmos.

This means that you and I can begin even now to live in the kingdom of God, even as we look forward to the fullness of the kingdom that is yet to come. We can choose today to serve God as our king in every facet of life: in our private prayers and in our public actions, at church and at work, among our family members, and with our friends. In this way, we participate in the ongoing extension of God’s kingdom.

QUESTIONS FOR FURTHER REFLECTION: Can you understand why people in the time of Jesus were confused by his message of the kingdom? Do you find it confusing? Why or why not? How might you live today, and tomorrow, and the next day, and the next as a citizen of God’s kingdom?

PRAYER: All praise be to you, Lord Jesus, because you defeated sin and death through your sacrifice on the cross.

All praise be to you, Lord Jesus, because you have inaugurated the reign of God on earth.

All praise be to you, Lord Jesus, because, through you, I have been welcomed into the kingdom of God as a citizen, and not just as a citizen, but also as a servant, an agent, and a co-ruler.

All praise be to you, Lord Jesus, because, one day, all nations will bow before you and proclaim you as Lord and God.

Would you like to receive a Daily Reflection like this one in your email inbox each morning?

This devotional comes from The High Calling: Everyday Conversations about Work, Life, and God (www.thehighcalling.org). You can read my Daily Reflections there, or sign up to have them sent to your email inbox each day. This website contains lots of encouragement for people who are trying to live out their faith in the workplace. The High Calling is associated with Laity Lodge, where I work.

February 10, 2012
How Ash Wednesday Enriches Our Lives and Our Relationship with God
Next Post

Evangelical
The Kingdom of God is Near!
Mark D. Roberts 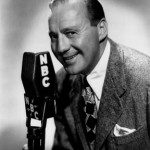 Evangelical
What Is Better Than Life Itself?
Mark D. Roberts
TRENDING AT PATHEOS Evangelical