Why is the Supposed Marriage of Jesus Such a Big Deal These Days?

A few days ago, a scholar at the Tenth International Congress of Coptic Studies in Rome announced the discovery of a tiny fragment of a manuscript, which, if authentic, comes from the fourth century A.D. This kind of academic presentation wouldn’t even make the back page of American newspapers, let alone the headlines, except for one small detail: the fragment involves a speaker named “Jesus” who mentions “my wife.” All of a sudden, an extraordinarily obscure academic presentation makes headlines throughout the world.

Why? Why is the supposed marriage of Jesus such a big deal these days?

There are many different ways to answer this question. I will suggest a six perspectives here, three in today’s post and three in my next post in this series on the marriage of Jesus. As always, I welcome your input, either in comments or by email.

1. The Marriage of Jesus is a Big Deal Because of The Da Vinci Code 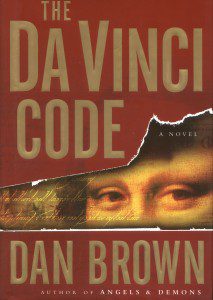 But, then came The Da Vinci Code and all of a sudden the question of Jesus’ marriage was a big deal in popular culture (which stirred up scholarly interest as well). In Dan Brown’s engaging fiction, the marriage of Jesus involves one of the greatest cover-ups in human history. It is the central solution of a perplexing mystery. And the denial of Jesus’ historical marriage to Mary Magdalene explains the success of the oppressive Roman Catholic Church and its failure to be faithful to Jesus’ vision for his church.

Although Dan Brown wrote a novel and his “scholarship” was fiction based on a few tidbits of truth, his influence was wide and deep. Many readers accepted the “historical” claims of Brown’s character Sir Leigh Teabing about the marriage of Jesus as if they were true. My son’s eighth grade history teacher, for example, told my son’s class that sexism really didn’t exist before Christianity and that Jesus meant for Mary Magdalene to lead his church, but the Roman Catholic hierarchy squelched Mary because she was a woman. Yes, this was a history class, not a fiction class. This episode points to a second reason why the marriage of Jesus is such a big deal today.

2. The Marriage of Jesus is a Big Deal Because It Appears to Undermine Orthodox Christianity

According to historic Christian tradition, Jesus was not married. So, if it turns out that Jesus was in fact married, this appears to undermine orthodox Christianity. And there are quite a few people these days who would like to do some undermining.

Now, I’m not claiming that everyone who believes Jesus was married is anti-Christian. But, I am noting that anti-Christian folk are attracted to the idea of a married Jesus. To be sure, this notion contradicts classic Christian belief about the single, celibate Jesus. Yet, it can be argued that a married Jesus could still be the divine Son of God and Savior of the world. So, the purported marriage of Jesus does not necessarily undermine the core of Christian faith, even though it troubles the theological water. Nevertheless, those who dislike Christian orthodoxy are often drawn to the idea of a married Jesus.

3. The Marriage of Jesus is a Big Deal Because It Appears to Raise the Status of Women

You can find a connection between the married Jesus idea and feminism in a variety of sources, including but not limited to The Da Vinci Code. Some scholars and others have put forward the case that Jesus’ having Mary Magdalene as his wife gives women a higher ranking in the church and the world, if not in God’s pecking order.

This is an odd argument, in my view. For one thing, the fact that Jesus was born of a woman already suggests that women are rather special in God’s dispensation. But, it is oddly patriarchal to suggest that Mary Magdalene draws her authority and significance from the fact that she is a wife. In the New Testament gospels, Mary is a close follower of Jesus and the first human being to announce the good news of his resurrection. She plays a unique and privileged role among his followers, not because she is Jesus’ wife, but because Jesus calls women and men to be his disciples. One could very well argue that the notion that Mary’s significance depends on her being married to Jesus does the opposite of raising the status of women.

In my next post in this series, I’ll suggest three further reasons why the marriage of Jesus is such a big deal. Stay tuned . . . . 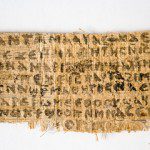 September 23, 2012 What is Your Glory? Inspiration from the High Calling
Recent Comments
6 Comments | Leave a Comment
Browse Our Archives
Follow Us! 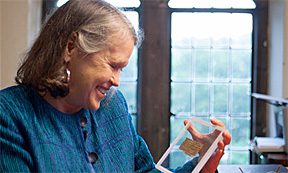 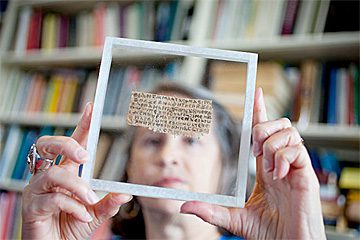