When you think of New York City, you no doubt think of a giant, crowded, intoxicating, bustling metropolis filled with buildings, taxis, street vendors, and people, millions of people. But one of the things I love about New York City is the fact that, with a little time, effort, and money, you can get far away from the crowds. 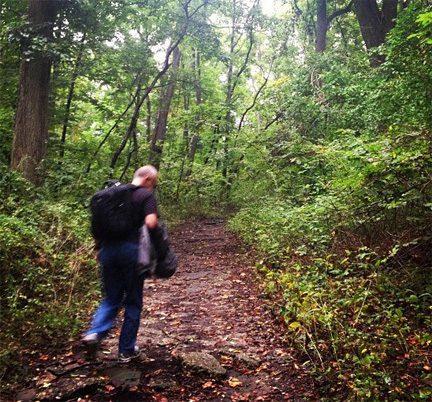 A couple of weeks ago, I spent a day in New York with my son, who is a student at NYU. We caught the #6 subway in Manhattan and rode to the end of the in the Bronx (a borough of the city). We exited at the edge of Pelham Bay Park, a 2,766 acre park at the northeastern edge of New York City, bordering on the west end of Long Island Sound. Nathan and I walked for about 90 minutes in the park, only seeing a few of its treasures. One of those I’ve shared above: a view of Throgs Neck Bridge from the park. Another treasure you can see to the right, a path through the woods. As Nathan and I walked on a cloudy, weekday afternoon, we were completely alone in this verdant place . . . in New York City.

So, if you’re in New York and find yourself in need of some natural beauty and solitude, head for the outlying parks. Pelham Bay Park is a winner. (So is Van Cortland Park, which Nathan and I explored last year.) 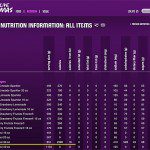