How I Learned About Advent

How I Learned About Advent November 29, 2017 Mark D. Roberts

Advent doesn’t get much attention compared to Christmas, though interest in Advent is growing steadily in many churches and in many Christian homes. That’s not to say everybody is an “Adventophile,” a lover of Advent, however. Some Protestants ignore Advent because it isn’t taught in Scripture and because they associate it with Roman Catholicism. Secular culture ignores Advent because there isn’t much money to be made here. I suppose you might be able to make a few bucks selling purple and pink candles, but this isn’t going to thrill most retailers.

I think, however, there are lots of good reasons to pay more attention to Advent, however. I’ll explain these below.

How I First Learned About Advent

As I already stated, Advent is growing in popularity, especially among Protestant Christians who, in many cases, did not grow up with much awareness of Advent. Liturgically sophisticated Protestants, such as Lutherans and Episcopalians, generally are familiar with Advent, but many have just the slightest understanding of this season. For most of my life, I fell into that category. Though, I enjoyed paper Advent calendars in my youth, I did not think of Advent as a season of the Christian year. In fact, I had no idea that Christians even had a year with special seasons. At the First Presbyterian Church of Hollywood where I grew up, we celebrated Christmas and Easter, and that was about it. The weeks of December prior to Christmas were Christmastime, not Advent.

When I was a teenager, Lloyd Ogilvie came as Senior Pastor of Hollywood Pres. He brought with him the tradition of using an Advent wreath in worship services prior to Christmas. Though we continued to sing Christmas carols and decorate the sanctuary with Christmas colors, Dr. Ogilvie did, however, speak of Advent as a season of preparation for Christmas. Still, I thought of Advent mostly as Christmas-lite, and not as a distinct season with distinct emphases.

While I was preparing for ordination in the Presbyterian Church, I took a course in “polity” (church order) at Fuller Theological Seminary. The professor, Dr. Gary Demarest, lectured on a section of the PC(USA) Book of Order that focused on worship. In this lecture, he spoke with zeal about the “Church Year” and its various seasons. These included: Advent, Christmas, Epiphany, Lent, Holy Week, Easter, and Pentecost. Dr. Demarest talked excitedly about how the seasons of the Church Year could enrich the worship of a church as well as one’s private devotions. I had never heard anything like this. I was intrigued, but didn’t do much with what I learned at that time. I was serving on the staff at Hollywood Pres, where we continued to use an Advent wreath in our pre-Christmas worship services, but otherwise didn’t do much with Advent.

My first full exposure to Advent came when I began as Senior Pastor of Irvine Presbyterian Church in 1991. It started with a complaint, of all things. Funny how that happens in church! Sometime in November, a member of the church came to me to let me know how unhappy she was that “Loren doesn’t let us sing Christmas carols until Christmas Eve.” I asked why Loren, our worship director at the time, had this peculiar proscription. “Because he’s into Advent,” the woman explained. “He wants to sing only Advent songs during Advent.”

What I heard about Loren seemed odd to me for many reasons, partly because I could only think of two Advent hymns: “Come, Though Long Expected Jesus” and “O Come, O Come Emmanuel.” It was hard to imagine four weeks of nothing but these songs, as wonderful as they might be.

When I talked with Loren, I learned that the complaint I had heard was only partly true. Apparently, in years past, Loren had virtually outlawed Christmas music during Advent. He had reserved the beloved carols for Christmas Eve and the twelve-day season of Christmas that ended on January 6. But when many people in the congregation let Loren know how much they missed singing Christmas carols prior to Christmas, he relented. Now his plan was to start Advent with music that was Advent-themed, and slowly include Christmas carols in the Sundays prior to Christmas. A few carols, however, like “Joy to the World,” were reserved for Christmas Eve and thereafter. (This was ironic, because “Joy to the World” was not actually written as a Christmas carol!)

As I spoke with Loren, reassured that he wasn’t banning Christmas music altogether before Christmas Eve, I listened to his passion for Advent and the possibilities of our worship and devotional life being enriched by observing this season. I was excited by the potential and eager to experience a more intentional and complete Advent season.

During my first Advent at Irvine Presbyterian Church, I did find it odd to sing relatively few Christmas carols before Christmas Eve. And I did find much of the Advent music to be unfamiliar. We used the Advent wreath in worship, with its expressions of expectation and hope. Though I missed some of what I had always associated with the build up to Christmas, I found that Advent did indeed heighten my yearning for the coming of Christ, and it did indeed help me to experience Christmas in a deeper way.

Christmas of 1991, my first at Irvine Presbyterian Church, was the beginning of my becoming an Adventophile . . . an Advent lover. I’ll have more to say about this in tomorrow’s blog post.

November 30, 2017 Why I Love Advent
Recent Comments
0 | Leave a Comment
Browse Our Archives
get the latest from
Evangelical
Sign up for our newsletter
POPULAR AT PATHEOS Evangelical
1

Should Christians Fight the Culture or...
Cranach
Related posts from Mark D. Roberts 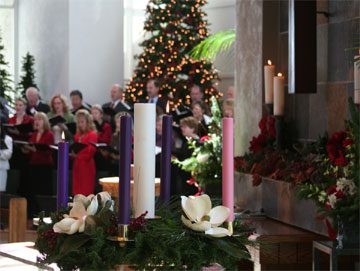 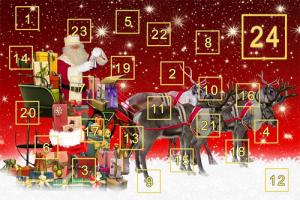