Several years ago, I was into conspiracy theories. When I say I was into them, that’s an understatement. Just like anything that I’m into, I research like crazy – getting my hands on anything and everything I can on the subject. Conspiracy theories have an addictive quality to them, making you believe that you’re waking up to the truth as you’re slowly becoming hoodwinked. I kept going deeper and deeper into the rabbit hole before I started having some realizations about the whole thing and began questioning. This isn’t to say that every single conspiracy theory is untrue, it would be ridiculous to believe that powerful people do not make plans in secret. However, conspiracy theories usually revolve around the notion that there’s a powerful elite that is controlling everything behind the scenes. The following are my realizations and observations from my awakening from conspiracy theories.

Looking into the nature of this elite, you begin finding out who they supposedly are. The “who” varies but is usually an all-of-the-above thing. This elite ends up being a secret occult society where the words “Illuminati” and “Satanists” are used interchangeably, the ‘Jewish Elite’ referred to as “Zionists”, shape-shifting reptilian aliens or inter-dimensional reptilian demons possessing people (both being a veiled Anti-Semitism, as they’re almost always the aforementioned ‘Jewish Elite’). As much as proponents of conspiracy theories will be quick to point out that ‘Zionism’ doesn’t mean all Jewish people, any person of power who happens to be Jewish has this pointed out as evidence of their Zionism. They also point to certain blood-types and bloodlines as being “alien” in origin, concluding that they aren’t human like the rest of us, but rather part lizard-monster. These are all racist dog-whistles.

The Evangelical theme of “spiritual warfare” is placed in the forefront. It’s a war against these Satanic Illuminati Zionist Elite and the Christian public. Conspiracy theories often are mixed in with New Age communities, creating a dualistic paradigm of good versus evil and truth versus deception. Just as I have seen so many conspiracy theorists slowly turn into alt-right advocates, I have also seen so many friends that were into New Age spirituality start buying into the propaganda of conspiracy theories and eventually convert to Christianity in their “realization” of the spiritual battle going on. The Evangelical paranoia of the “Mark of the Beast” has slowly merged with a paranoia about microchipping and vaccination. The Illuminati theories are nothing more than Satanic Panic and Witch Hunts, something we should be wiser than falling for.

Conspiracy theories divert attention from issues that need real social justice, real protest, and real opposition into fighting against everything in the world as part of the monumental conspiracy, which becomes overwhelming and quickly renders the believer feeling powerless. I believe that powerlessness is what makes someone latch onto conspiracy theories, to begin with. Thinking that the horrible things that are occurring in the world are some global plan, helps one to not take responsibility for these issues or realize their own role within it and changing it. English writer and occultist Alan Moore sums up the situation perfectly:

“A lot of conspiracy theorists, they find it comforting, secretly. The idea of the Illuminati and the CIA and whoever controlling our lives and destinies. You know, because that means that at least someone is in control, at least someone is at the steering wheel. And it’s not a runaway train. Paranoia is a security blanket, a massive security blanket. Whereas I think that yes these people do try to have an influence, and they often do have a very big influence, the CIA’s unique method of funding its wars over the last thirty years has contributed to the crippling drug problems of most of the Western world. So, yes they have an effect. Do they control our destinies? No, they don’t. They are nowhere near that powerful or organised. Does anything human control our destinies? No. Does this mean that God does? No, for all I know, God might just be a simple, two-line, iterative equation, with no more awareness of itself than that.”
– Alan Moore
Alan Moore: Conversations

Conspiracy theories also de-humanize. I don’t just mean the dehumanization of Jewish people as shapeshifting lizard people. They dehumanize entertainers, mostly female. These women are seen as having no autonomy or free-will but merely brainwashed “robots” of the CIA, or in some cases, actually robots or clones. Women in entertainment are seen as the property of their ‘handlers’ and any artistic expression, empowering other women, problems with addiction, psychological stress from the intense constant pressure they’re under is seen only as further proof of this. Worse yet, when celebrities commit suicide, overdose, die in a tragic accident – the automatic response isn’t sympathy – the response is to scream at others to look at the evidence, that they were involved with the Illuminati.

Likewise when there’s a mass shooting or catastrophe there’s an automatic dehumanization of the victims and a denial of what has really occurred. People automatically start talking about “false flag” attacks, “crisis actors”, and a conspiracy to take away guns with an emphasis on guns being more important than the lives of children, who are increasingly the victims of these mass shootings. The humanity of these people have been stripped away, and they merely become a “tool of evidence” to perpetuate this propaganda to serve the conspiracy theory agenda. Their humanity and lives are sacrificed on the altar of self-centered fear, to keep the fires of a delusional conspiracy burning.

The alleged occultism in conspiracy theories is cringe-worthy bad. Yes, there are occultists and freemasons who are entertainers, artists, and politicians. That doesn’t mean all of them are. That also doesn’t mean they all have some New World Order genocide scheme up their sleeves. The interpretations of their conspiracy theories are really bad. I’m always baffled at how some occultists will actually buy into these conspiracy theories, with their horrible misinterpretation of symbolism, including occult symbolism sometimes. Occultists are all lumped into one big category. In their eyes Satanists, Freemasons, Theosophists, Thelemites, Golden Dawn Members, and Pagans are all part of the Illuminati and thus various quotes or symbols are interconnected. Worst yet is that occultists are often misquoted or their quote is taken completely out of context – Aleister Crowley, Helena Blavatsky, and Eliphas Levi are often the most common victims of this.

So what exactly is the Illuminati? The idea of the Illuminati is also so butchered from the historical Illuminati in conspiracy theories. The historical Bavarian Illuminati was founded by a man named Adam Weishaupt in 1776. Weishaupt believed that the monarchy and the church were repressing freedom of thought and controlling people. Weishaupt believed that theocracy was dangerous and that religion itself was limited. He was a proponent of freedom of expression, freedom of speech, and a more communal society without the rule of monarchy or church. He was fascinated by the esotericism, occultism, philosophy, and was a deist. He believed that man should hold rationality above belief, and that one could connect with the divine through other means than religion, by achieving a communal state with nature to become enlightened.

All cults have a derogatory term for non-believers who don’t realize the truth. In conspiracy theories, this word is “sheeple”. When we lose the ability to feel, to look at evidence subjectively, to question everything including those purporting to know the answers, to realize our responsibility and role within things going on around us, when we view things as strictly good and evil with no middle-ground for the complexities of life, we are not “awake” among the “sheeple”. We are stripped of our sovereignty and we become the “sheeple”. 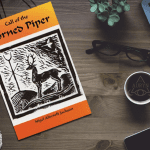 September 28, 2017
Review: Call of the Horned Piper
Next Post 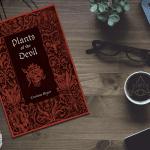 October 5, 2017 Review: Plants Of The Devil
Recent Comments
0 | Leave a Comment
Browse Our Archives
Related posts from For Puck's Sake